They Know How To Work It

Metals are central to dozens of the corporate projects to land in the Yellowhammer State over the past two years. 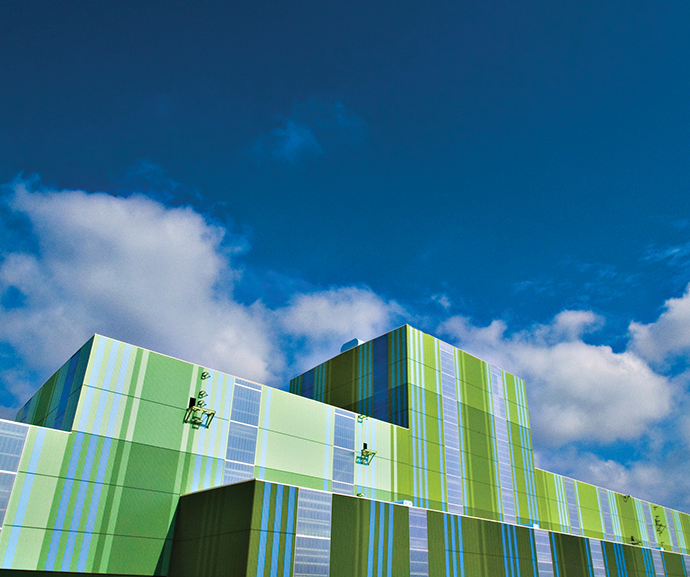 However you choose to mill, tool, stamp, treat, bend or slice it, Alabama knows how to work metal into globally competitive products. Alabamians have known how to do that since the 1800s, when the state’s central region was found to contain vast stores of steel’s three necessary ingredients: iron ore, coal and limestone.

Aluminum, steel and alloys. Cars, aircraft, guns and ships. Even as an oil & gas slowdown caused US Steel in December to postpone construction of an electric arc furnace at its Fairfield Works complex in Birmingham, there is plenty of metal helping forge revenue and jobs: Today, more than 1,100 metal manufacturers employ more than 50,000 workers in the state. Many of those employers are from abroad. And many of those metal products are headed abroad too.

The Alabama State Port Authority’s FY2014 numbers showed steel posting the largest volume increase over FY2013, as the port handled just over 5 million tons — a 40-percent increase, and representing 68 percent of the port’s total cargo tonnage, alongside iron and forest products. That made the Port of Mobile the second largest steel handling port in the nation.

On the last day of March 2015, the Alabama State Port Authority (ASPA) and Alabama Steel Terminals, LLC (AST, a joint venture between TriState Maritime Services, Inc., and the Richardson Group of Companies) dedicated a new $36-million steel coil handling facility at the Port of Mobile. The rail-, truck- and barge-served facility was constructed behind ASPA’s Pier D2 berth on a 40-ft. deep channel. 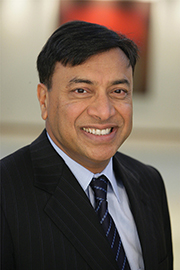 “The opportunities for Calvert are considerable.”
— Lakshmi N. Mittal, Chairman and CEO of ArcelorMittal, on the prospects for the AM/NS Calvert facility near Mobile acquired from ThyssenKrupp in 2014

“We are pleased to have delivered the most technologically advanced steel handling facility in the nation to better complement the port’s existing portfolio of steel terminal facilities,” said James K. Lyons, the ASPA’s chief executive. Tom Adger, Vice President for Alabama Steel Terminals, LLC, thanked the ASPA for helping to “create a state-of-the-art steel coil handling facility emphasizing both innovation and customer service for steel manufacturers and shippers.” On its own, the terminal created 50 new jobs with a payroll of $2 million, and plans call for another 50 jobs to be created at full build-out, essentially doubling the number of cranes and bringing the facility’s total covered bay area to 372,600 sq. ft., plus 168,000 sq. ft. of open storage yard.

The facility complements plans by APM Terminals to handle more metal boxes. The global shipping line plans to add two super-Post Panamax cranes and invest $40 million to expand the container terminal it opened in Mobile in 2008, bringing total capacity to 475,000 TEUs. The ASPA said the APM expansion “will compliment approximately $50 million invested by the Port Authority to construct an Intermodal Container Transfer Facility that could be serviced by five Class I railroads, including the Canadian National, CSX, Norfolk Southern, Kansas City Southern and BNSF. The Intermodal Container Transfer Facility is under construction with a first quarter 2016 completion.”

In February 2014, ArcelorMittal, together with Nippon Steel & Sumitomo Metal Corp. (NSSMC), completed the acquisition of ThyssenKrupp Steel USA, a steel processing plant in Calvert, Ala., for $1.55 billion. The Calvert plant, just 35 miles upriver from Mobile, had only been in operation for a few years before ThyssenKrupp offloaded it. Now called AM/NS Calvert, it had a total capacity of 5.3 million tons, and includes a river terminal, hot strip mill, cold rolling mill, three hot dip galvanizing lines, rail yard and supporting infrastructure.

“Along with NSSMC we are now the owners of the most modern steel finishing facility in the world,” said Lakshmi N. Mittal, chairman and CEO of ArcelorMittal, “which will allow us to meet rising demand for steels in the automotive, energy and other important NAFTA markets.”

The following September, the partnership announced a $40-million slab yard expansion, expected to be complete in the second quarter of 2016 and to create 16 new crane operator positions. An additional $6.7 million is being invested in an existing continuous coating line, “which will significantly increase ArcelorMittal’s North American capacity to produce press hardenable steels, notably one of the strongest steels used in automotive applications, Usibor®, a type one aluminum-silicon coated (Al Si) high strength steel,” said the company that year.

In December 2015 the entire operation had 19 job openings. And it was welcoming a new face into one of the location’s top positions, as Robrecht Himpe, currently executive vice president and CTO of ArcelorMittal, was appointed chief executive of AM/NS Calvert, working closely with AM/NS Calvert President Chris Richards and the rest of the Calvert team to accelerate the asset’s ramp-up. The driving of higher capacity utilization is a strong tenet for the company as it seeks to improve market share and performance, while also renegotiating union contracts. The company’s US arm has major operations in Burns Harbor, Ind., and Cleveland, among other locations.

Asked for comment on the state’s business climate, Scott Posey, director of communications, AM/NS Calvert, says, “Back in 2007, Alabama came out on top in the competition by economic developers in several states to win this world-class facility and the long-term benefit it would bring in terms of jobs, tax revenues, community investment, and so on. The factors in the state’s favor then were the strength of the partnership between government and industry, a strong workforce, very competitive energy costs and a supportive business environment. It’s now eight years later and this hasn’t changed from our perspective.

“Our biggest challenge, if we were to identify one,” he continues, “would be the same challenge facing advanced industry in every area of the country — finding a prepared workforce to take advantage of the good, safe jobs modern manufacturing is providing. This is why we are very supportive of existing state and local efforts to strengthen STEM in local education systems and even initiating and funding new programs we feel will address this over time.”

No industry — unless you count the huge manufacturing investment just made by Airbus in Mobile — makes better use of advanced metals than the automotive industry. Since Mercedes announced its plant in 1993, three more plants have arrived in the state, and together that group produced $6.6 billion worth of vehicles for export in 2014.

In May 2015, associates at Honda Manufacturing of Alabama (HMA) celebrated the start of mass production of the 2016 Honda Pilot, produced alongside the Honda Odyssey minivan and the Acura MDX luxury SUV. HMA begins production of a new Honda Ridgeline pickup early in 2016.

A report released by the Center for Business and Economic Research at the University of Alabama in December 2015 showed that the company’s $2-billion plant in Talladega County generated $8.4 billion in economic activity in 2014.

According to the report commissioned by the Economic Development Partnership of Alabama, Honda Manufacturing of Alabama and its Tier-1 suppliers together are responsible for more than 43,000 jobs and 4.4 percent of the state’s total annual output of goods and services. Honda also paid a total of $112 million in state and local taxes in 2014.