When it comes to customer contact centers, workforce matters. 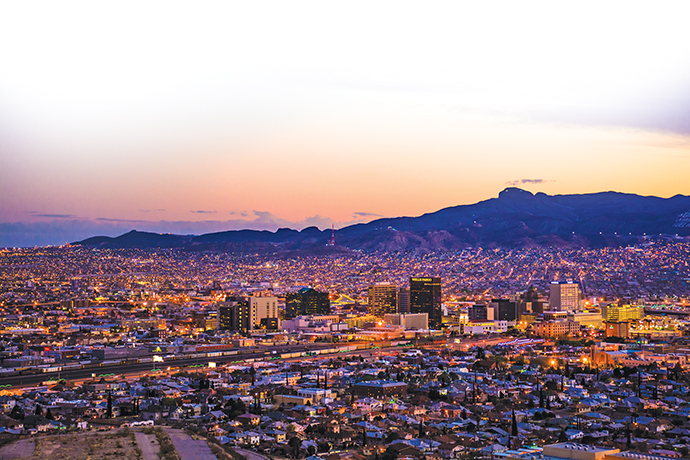 It took riding out the Great Recession for ADP leaders to learn just how much they could grow in El Paso, Texas. Although it is one of the world’s largest providers of business outsourcing and human resources management services, ADP’s growth — like most everyone else’s — stalled for a couple of years due to the global economic downturn. “Eventually we began to grow again,” says Terry McGreehan, vice president and general manager of the company’s El Paso operations. “By that time, we learned more about the labor market and felt confident we could grow beyond our initial expectations — a 1,500-to-1,600-person solution center. Instead, we found that we could grow to 2,200 comfortably.”

Though ADP promised the city and state that construction would get underway in December 2015, the company got an 11-month jump on the project, beginning construction in January 2015. The building was move-in-ready by October. The additional space allowed for ADP employees working in downtown El Paso (pictured above) to move to the new building, bringing the entire ADP El Paso workforce to the West Side campus, just six miles from the Texas-New Mexico border.

In addition to a low cost of doing business and being in the Mountain Time Zone, the strength of the El Paso workforce was a tremendous pull for ADP prior to the initial investment in 2006. It hasn’t disappointed. The company has a 91-percent employee retention rate over the past five years, and a surprising number of associates — close to half — have bachelor’s and master’s degrees, well over the state average. ADP relies heavily on the community’s higher education resources and their graduates. “We have hired a lot of folks from the University of Texas at El Paso [UTEP],” McGreehan says. “We also have New Mexico State University in Las Cruces only 30 minutes from us. It’s great to be amongst a large educational population.”

And then there’s Fort Bliss, the second largest US Army military installation, located on the east side of the city. McGreehan describes veterans as a “special talent pool.”

“A lot of service members will cycle through Fort Bliss/El Paso or Holloman Air Force Base near White Sands [in New Mexico] and want to stay in the area,” he says. “Service members may have a final duty station somewhere else in the world, but come back to El Paso because of the weather, cost of living and veterans services.”

Access to the veteran talent pool was certainly a factor in ADP’s recent announcement that they would invest more than $20 million in an expansion in Augusta, Ga., where the Army’s Fort Gordon is located. “ADP is committed to providing opportunities for our military men and women and currently employs approximately 1,000 veterans across its US operations, leveraging strong relationships with national veterans recruiting partners and military bases near our Augusta and El Paso locations,” said Rita Mitjans, ADP’s chief diversity and corporate social responsibility officer. Fort Gordon is the home of both the Signal Corps [Communications] and the Army’s Cyber Center of Excellence. ADP plans to add 60,000 sq. ft. (5,574 sq. m.) to its existing building in Augusta and create 450 jobs.

“We take this raw talent bringing exceptional skills to us and train them to be experts in human capital management.”
— Terry McGreehan, Vice President & General Manager, ADP El Paso

The El Paso and Augusta ADP announcements were made on the heels of the company’s November 2014 decision to significantly expand its presence in Barcelona, Spain, by leasing a new signature building in Barcelona’s technology and innovation center, the 22@Barcelona technology park. The move will enable ADP to consolidate its presence into one building while increasing its space by 26 percent. The company also plans to increase the workforce capacity by more than 50 percent.

“Barcelona has offered companies like ADP strong talent pools, in technical and non-technical fields alike, from which we can draw employees who directly contribute to our success as a global company,” said Mark Benjamin, president of Global Enterprise Solutions at ADP. “The city offers a quality of life in which our people and our company can succeed.”

Consulting firm Deloitte is locating a shared service center (SSC) in Rzeszów in the southeastern, Subcarpathian region of Poland. The new SSC will serve 18 countries, and is expected to eventually employ 250 people who will work in processes and activities related to financial and accounting controls, risk management and IT services.

German industrial company ThyssenKrupp is establishing a SSC in Gdánsk. ThyssenKrupp Group Services Gdánsk (TKGSG) will occupy 5,000 sq. m. (58,320 sq. ft.) of office space in the Olivia Six Business Center, and plans to hire up to 700 employees. “A highly developed SSC environment, a well-educated workforce and high-quality service were convincing arguments to build up this global SSC of ThyssenKrupp,” said Guido Kerkhoff, CFO at ThyssenKrupp. The company will work closely with local universities to create business process outsourcing (BPO) courses in German and English, as well as training courses and internships. “Our vision is to have a center of best expertise in such areas as finance and accounting, HR processes and managing real estate,” said Robert Gorá, head of TKGSG.

In August, Johnson & Johnson announced plans to locate its shared services headquarters in Hillsborough County, Fla. The region is known as a hub for life sciences, IT and finance companies — along with the necessary experienced workforce. The company plans to invest $23.5 million in the Tampa region while creating 500 jobs. Johnson & Johnson will be qualified to receive $6.37 million in state and local incentives, contingent on job and salary creation.

Mesa, Ariz., is welcoming Santander Consumer USA to the city’s burgeoning Fiesta District. The consumer finance company, which specializes in vehicle finance and third-party services, announced plans to lease a formerly vacant retail center (the $20-million Centrica project) in one of the largest adaptive reuse projects in Arizona. The Centrica facility was officially available in June 2015, and by November, Santander Consumer had signed a lease for the entire 117,000-sq.-ft. (10,870-sq.-m.) building. The company is creating more than 970 jobs over the next three years.

It’s easy to see job creation numbers add up in the customer contact industry, and forget that those figures represent an individual interacting with the customer or client — a critically important function. It’s a role ADP’s Terry McGreehan says his company does not take lightly.

“We take this raw talent bringing exceptional skills to us and train them to be experts in human capital management,” he says. “They’re fulfilled by service, and that is the key to building on the talent they bring us. They carry that with pride.”