Front Door to The Silicon Valley 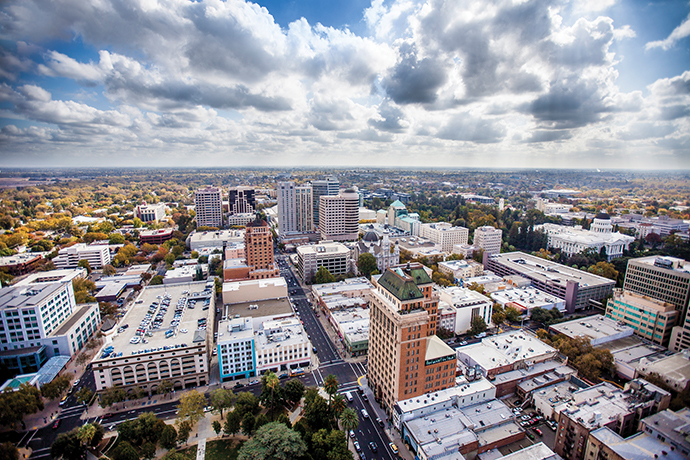 Downtown Sacramento serves as the economic hub for a region of 2.4 million people in Northern California.
Photo by Nicholas Wray
by RON STARNER

As a capital city, Sacramento flexes considerable muscle as the governmental hub of America’s most influential state.

What many outside of California may not know, however, is that the Greater Sacramento region also serves as the intellectual front door to the Silicon Valley.

With a shared workforce of 208,000 people, Greater Sacramento and the Bay Area are within close proximity for collaboration and same-day work trips. Many stalwart Bay Area companies — household names such as Apple, HP, Intel and Oracle — do business in Sacramento.

Business leaders who call Sacramento home say that the region has more in common with places like Austin, Denver and Columbus — capital cities that have become thriving centers of commerce in the new millennium.

Rob Lynch, President and CEO of VSP Global and Chair of the Greater Sacramento Area Economic Council, says he knows the Sacramento region is one of the best locations on the West Coast for business because it has enabled his own company to flourish.

As one whose personal story includes conversion from Sacramento skeptic to true believer, Lynch speaks with authority.

“Back in the late 2000s, we took a hard look at whether it made sense to keep the company and production in California,” he says. “We crunched the numbers and did the math, and we came to the conclusion that the best path forward for VSP was staying here in Sacramento.”

The largest vision care insurer and provider in the nation, VSP had been recruited heavily to relocate to Phoenix. A change in attitude made all the difference, says Lynch.

“Mayor Kevin Johnson led a community effort to save the Sacramento Kings and keep the team here in the city,” Lynch notes. “He put together a meeting of community business leaders, based on his experience in Phoenix, and that meeting led to an organized effort to promote the region.”

The Greater Sacramento Area Economic Council was born, and the rest was history.

Not only did VSP stay put, but others soon followed, and before long companies from other states were knocking on Sacramento’s door. A six-county region of 2.4 million people, Greater Sacramento has racked up an impressive roster of success stories in recent years. Bayer CropScience, Sutter Health, Nippon Shokken USA Inc. and Mori Seiki Co. Ltd. are just a few of the firms that have made decisions recently to invest heavily in the region.

Barry Broome, President and CEO of the Greater Sacramento Area Economic Council, says the region anchors a “Sustainability Corridor” that links the state capital with Silicon Valley and the Bay Area.

“Number one, we give people the most efficient and productive access to the California market,” says Broome. “Whether you are a Fortune 500 company or in real estate or financial services, businesses in California make more money here than in any other state in America. They are more profitable here, and people are in business to make money. Secondly, we are only 90 minutes from the Bay Area and Silicon Valley. We offer access to the most innovative market in the world and we do this with Midwest prices. And thirdly, we have the same weather and quality of life that the rest of California has.”

The presence of University of California at Davis also gives Greater Sacramento a competitive edge, Broome notes. “We have one of the top 20 medical schools in the US at UC Davis. Sacramento has a world-class life science and biomedical position in its own right and we are just 90 minutes from San Francisco — a top one or two market in the world for life sciences. Our capabilities here put us on a world-class level and we can connect you to another world-class market in the Bay Area. Between UC Davis and UC Berkeley, those two institutions do about $1.6 billion in research between the two of them. This is very much a research-based and scientific community.”

With a three-year combined research and innovation fund of $2.2 billion, UC Davis has surpassed UC Berkeley in research dollars, and the relationship that has been in existence since UC Davis’ inception continues. UC Davis also boasts the nation’s No. 1 School of Veterinary Medicine as well as a Medical Center that ranks among the country’s best in 10 specialties.

With a strong and growing cadre of millennial workers, Greater Sacramento is making a bold play to recruit more talent-dependent employers to the region. Representing 28 percent of the population, millennials make Greater Sacramento younger than San Francisco, San Jose and Seattle. 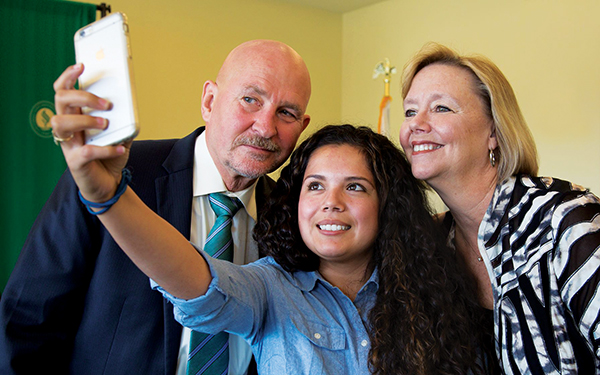 Dr. Robert S. Nelsen, President of Sacramento State, says the region’s educational assets compete with the best found anywhere in the country. “We provide the workforce for the Greater Sacramento region,” he says. “We have 30,243 students, and I would like to see us grow that even more. We want to be the center of education in the state capital.”

With strong programs in health sciences, biomedicine, power engineering, business management, education and the visual arts, Sacramento State has positioned itself to be one of the most influential institutions of higher learning in the West, notes Nelsen.

Yolo County Supervisor Don Saylor says, “I believe our region is rising. As chair of the Sacramento Area Council of Governments, I can see that there is a plethora of big ideas in motion. The public sector plays a significant role in partnership with our business community in advancing the future of our region. We have very good rail, highway and waterway access. We have the top-ranked agricultural research university in the world. We have the highest concentration of farm seed companies in the world, and we have some of the best emerging biomedical firms. My advice for any executive is simple: If you’re looking for a place on the rise, you can’t beat the Sacramento area.”