Decades in the Making

The Monterrey region’s rich educational resources did not appear overnight, and they are growing. 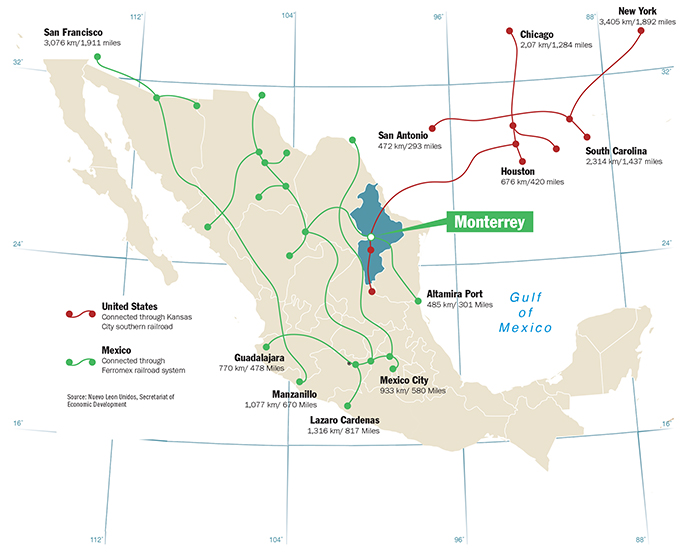 Why have more than 2,900 foreign companies already established operations in Nuevo León? If Mexico was their intended market, only in this northeastern Mexican state — particularly in the Monterrey region, could they find the education assets and talent they required for their higher-end manufacturing. Even now, potential investors are surprised by the vast talent pool that awaits — not just large numbers of production workers, but of technicians, engineers and post-graduates local to the area.

The Monterrey area is close to the US geographically, offers an economically active population of 2.3 million and has a quality of life that appeals to investing companies. But it’s the region’s labor supply — though costlier than elsewhere in Mexico — that tends to seal most deals, according to those working with existing and potential investors. Felix Tejada is director general at The Alles Group Monterrey, a leading real estate service provider in the area who knows well the region’s location attributes.

Top Mexican Projects by Investment (US$) for 2015

“On a per capita basis, the Monterrey region has the highest level of education in Mexico,” he relates. “It is established. It’s not just that we can produce graduates. It’s a generational trend of higher education from entry-level skill sets to graduate and post-graduate. You can’t readily find well-trained welders with sophisticated levels of training and safety in just any city in Mexico. You have to look in a mature market with an established industry — in this case the steel industry. But that’s not something that happens overnight. It takes decades, and Monterrey has that.”

Just how extensive is Nuevo León’s labor supply? Consider these statistics from Nuevo León Unidos, the Secretariat of Economic Development:

Tejada says that with those numbers, companies will find no shortage of production workers capable of operating machinery and equipment in the Monterrey region.

“But if you are looking for people who just do line assembly, no skill sets, Monterrey is probably not a good market, because the wage scale is high,” he says. “Investors looking for that would go to a smaller city where they are a bigger player. Monterrey is better suited for industry that is specialized, be it automotive, injection molding, welders and operators of specialized machinery. I refer here not to the engineer, but to the position at the notch below. That is consistent with a more mature market where your wage scales will be higher. It’s not a cheap market, both in terms of labor and project implementation — real estate is not cheap in Monterrey,” he points out. “We have elements of the aerospace and automotive industries and everything involving steel — metallurgy, specialized metal processes. A lot of companies in Monterrey have global footprints that source their steel laminates from Monterrey.”

The Monterrey area is home to seven mature industry sectors: automotive, auto parts and components; home appliances and components; software and IT services; specialized medical services; electric and electronic equipment; metalworking; and steel, glass, cement and beverages. The first four are considered to be formalized clusters. Additional, growing industries include biotechnology and nanotechnology, chemicals and petrochemicals and financial and health services.

“Monterrey can give you what any major city in the southern US can, other than the setting in a different country and the cost proposition being lower,” says Tejada.