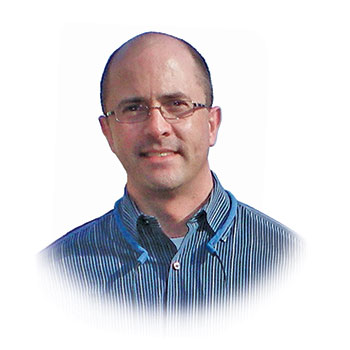 Vince Tickel and I have been having lively political discussions for nearly 40 years. We were classmates at St. Peter’s School in Bournemouth, England, in the 1977-78 school year — the year I lived there thanks to a brief overseas chapter in my Dad’s career. We were 13 when we met. In the ensuing decades, I have helped make sense of US political-scene oddities for him, and he the UK ones for me. For many years now, Vince has run a number of very successful businesses with ties to the European Continent, China and elsewhere from an ancient (by US standards) former town hall in St. Alban’s, north of London, where he also is a mentor to more than a dozen CEOs. So that’s where I turned for perspective as I make sense of what the Brexit vote to leave the European Union means to business owners like Vince, and how the referendum result will affect the UK as a destination for foreign direct investment.

Here’s how I set the table for him: Yes, the financial markets are roiled, because most assumed the vote would result in the UK remaining in the EU. Yes, businesses are confused in these early days about what the vote really means and when changes will take effect. But ultimately, I posited, this is good for the UK, because it and inward investing companies will be out from under the regulatory yoke of the Brussels bureaucrats. I’d like to think the UK will be a more agile, competitive player on the global investment playing field in due course (not unlike AFC Bournemouth of late).

Vince was in Kenya the week of the vote, and “only just returned to a different world” as we got in touch about this. “Most people are very worried about the implications of the vote, so emotions and political discussions are happening on a level I have never seen before.” He agrees with me that in the long term, this may well be good for the UK. “We will come through and survive, but it’s going to be a bumpy ride economically.”

How bumpy? “All I could see was uncertainty, and that’s the last thing we need in business,” Vince relates. “If business has confidence in the future, it makes decisions and invests for growth. Take that confidence away, and suddenly the landscape moves from offensive to defensive decisions. The main trouble is the uncertainty, which I think could go on for years, and I think that will spark a recession in the UK.” He’s already seeing repercussions in some of his businesses, expects less profitability and is holding off on expansion plans until the dust settles.

There’s lots more to our discussion, but Vince and other smart business leaders will ride out this storm relatively unscathed, I predict. Now it’s up to the incoming political leaders in the UK — and in the US as its political season lurches to a conclusion in November — to deliver as much predictability as possible to capital investors, financial markets and the voters who put them in office.