How the Heartland Became A Tale Of Two Midwests 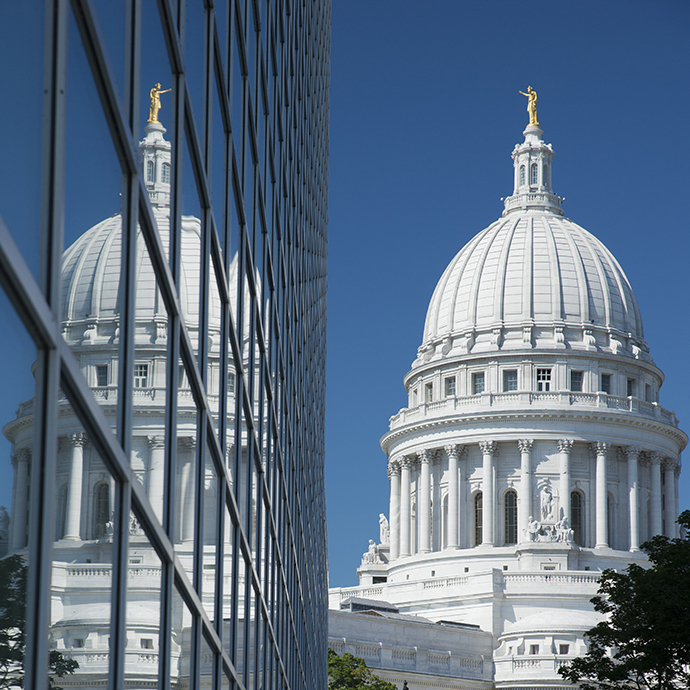 When fast-food behemoth McDonald’s announced June 13 it was moving its headquarters from suburban Oak Brook to Chicago’s hip West Town area, it became the latest Fortune 500 firm to ratify the defining trend of the Midwest.

America’s Heartland has become a tale of two Midwests.

On the one side are booming metropolises like Chicago, Columbus, Indianapolis, Minneapolis, Des Moines and Pittsburgh, that cater to highly educated millennials and the corporate employers who covet them. On the other side are fading suburbs and some rural outposts where low-to-middle-skilled jobs dominate the landscape. In between is a hodge-podge of rising communities like Findlay, Wooster, Bay City, Elkhart, Solon, Utica, Canal Winchester and other places where Corporate America and FDI projects increasingly find a welcoming home.

For a corporate site selector, it’s not easy to sort out the winners from the losers, or even the up-and-comers from the decliners. But it’s possible to spot systemic, long-term trends shaping the Midwest, and right now there’s no one more qualified to do that than Ned Hill.

Hill, professor of public affairs and city and regional planning at the John Glenn College of Public Affairs at The Ohio State University, also serves as a faculty affiliate for the Ohio Manufacturing Institute. For the better part of four decades, he has served as the de facto voice of the Midwestern economy. He’s authored books and papers and advised governors, legislators, economic developers and national leaders on matters of public policy, manufacturing and economic growth.

He’s outspoken and blunt and, above all, he preaches the importance of prudent fiscal policy. So we turned to him for his analysis on what’s driving the Midwestern economy and his prediction on the locations to watch. He didn’t disappoint.

For many years, we have been hearing talk about the reinvention of the Rust Belt into a New Economy. Is this actually happening? If so, what is the tangible evidence of it?

HILL: It’s happening, but public policy around public finance has thrown a number of states into fiscal crisis. For example, Illinois has suffered from terrible pension management and corruption. Illinois is in political gridlock and taxes there will have to increase. The only part of that state that can justify economic grants now is Chicago, due primarily to O’Hare.

Kansas has a budget in meltdown. Wisconsin has a budget problem as well. Centrist investment policy would do both of those states some good. Political wars do damage to the economy.

Ohio, due to the structure of public finance that has been weakened, will have deficits during the next recession. Pennsylvania is in political gridlock, as the ideological divide in Washington is starting to have negative effects in the states.

“The talent equation is the biggest single location factor in the Midwest.”
— Ned Hill, OSU Professor

Overall, the performance of the region is a tale of two Midwests. Look at the classic courthouse square towns in Ohio; they are in crisis today because simply having a Fortune 500 global employer is not enough anymore. Courthouse towns around Indy and Columbus are doing well. Look at Mansfield, Youngstown and Marion – they are busy rebuilding their base. Wooster and Findlay stopped looking for the one-company transplant and started looking for small to mid-sized employers 20 years ago. They are doing well.

Cincinnati and other cities that have revitalized their downtowns and made significant quality-of-life investments represent the best direction for the new Midwest. In the drive for talent, companies are moving downtown as revitalized housing and community development lead the economic development efforts of the most successful places.

We’ve learned that you have to connect to waterfronts. Cleveland, Buffalo and Detroit are all working on that. Columbus and Indy are the two strongest markets in the Midwest right now. St. Louis is doing a wonderful job. And Chicago is a special case, because downtown revitalization has been going on there for 20 years.

There is a lot of talent there. You are seeing entrepreneur-based economies. Examples are Pittsburgh and Cleveland — they are creating businesses. Pittsburgh has the intellectual resources that came out of the metals industry and CMU. It is having an impact.

The states and cities in the Midwest cannot lose sight of the importance of investing in their own economy. They have to make certain that they are fully invested into a digital infrastructure that works, and they have to do it in a responsible way.

Which states in this Factory Belt Region are emerging as the economic development leaders and why?

HILL: The experiment in JobsOhio is bearing fruit. In Indiana, we’re seeing their numbers come back quite well. It is driven more by manufacturing and distribution. The strength of Columbus is national branded apparel — retail. In Indiana, it comes from broadly diversified services coupled with manufacturing and logistics. The portion of Michigan between Ann Arbor and Lansing is also doing well.

In Iowa, the roots of progress go back to the changes they made in the banking industry. Their cities did some of the smartest investment in place-making of any place in the Midwest. If you have a job in Iowa, you have terrific quality of life, and Iowa is within the Chicago footprint.

Throughout the Midwest, the role of the hub airport is increasingly important. Chicago’s large competitive advantage is O’Hare. It is a hub for both American and United. When Cleveland lost its hub, the two-day business trip became a three- or four-day business trip. 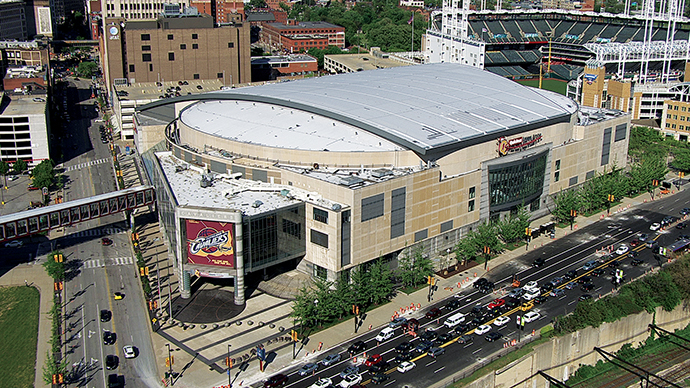 The very high-end corporate market — where second and third-level managers fly a lot — is where the hub airports have an advantage. You have to pay a lot of attention to where your corporate headquarters employees are flying into. You have to be able to fly into New York City without changing planes.

Columbus has excellent air service. Southwest has almost become a full-service airline. Cleveland lost its United hub but you can get to Chicago and New York and other major cities quite well. Cincinnati is feeling the after-effects of airline mergers. Air service is very important.

Which industry sectors will ultimately be responsible for leading the Rust Belt into a new era of economic prosperity?

The auto industry has some big challenges — the push on light-weighting and propulsion systems, and the massive recapitalization of their plants and tier one suppliers. The investment decision will be Southeast versus Midwest. The problem is that the engineering schools are not producing the talent that is needed. Secondly, the incorporation of intelligence into automobiles to get us to the autonomous vehicle will be deployed in trucking first.

As for the life sciences sectors in the Midwest, some locations are clearly lying. Cleveland is not. The Cleveland Clinic exports medical services outside of its region. Pittsburgh also does this. They export medical services and medical knowledge. Columbus does this with the James Cancer Center. Ann Arbor does this too. Kansas City and St. Louis do that. But as NIH support gets smaller, you’re seeing global mergers take place as companies fight for market share.

The talent equation is the biggest single location factor in the Midwest. Young people are coming back to Cleveland and Columbus. They have a pride of place with a chip on their shoulder. There is a boom in Cleveland logo T-shirts. In Columbus, they tend to think that Columbus is Ohio.

IBM put in a major informatics investment here in Columbus. Kids go away to Chicago, New York, Silicon Valley, etc., and then they come back. It is spreading. I moved from Cleveland to Columbus. More interest in downtown living is there now.