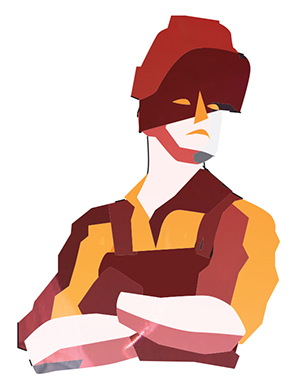 At a time when talent is at a premium, how can companies in smaller communities hope to attract a young, educated workforce? That was the question faced by leaders of the Fox Cities Regional Partnership, an economic development alliance located in Appleton, Wisconsin, and made up of communities in Outagamie and Calumet Counties, as well as the northern portions of Winnebago County.

The answer was Talent Upload, a unique program riffing off the concept of familiarization (FAM) tours often used to acquaint site selectors with a community. Instead of showing community assets to location experts, the Fox Cities team invited college students to meet prospective employers and learn more about the region’s quality of life.

“We physically bring prospects and in-demand talent here to show them what we’ve got,” says Manny Vasquez, vice president of economic development for Fox Cities and one of the creators of Talent Upload. Research shows that millennials often choose where they’re going to live first and where they’re going to work second. “The vision for the program was to offer the whole package — talk about career opportunities and employers and the great companies we have in the region, but also to make this a community-wide effort, showcasing the other side of the equation.”

The pilot session in April 2015 brought in 71 students from 16 universities in the Midwest. Word-of-mouth took effect: The second session in November 2015 included 88 students from 12 universities. To date, more than 40 placements came out of Talent Upload. The program’s success is a result of listening to the needs of the companies seeking talent and bringing the right students to meet them.

“We identified that one of the greatest needs was around entry-level computer science, IT and engineering; students had to be a declared IT, computer science or engineering major,” says Vasquez. Tweaks have been made to Talent Upload — only one tour will take place in 2016, in early fall so that employers can find interns and job seekers well before graduation.

Remember that guy, Mike Rowe, who made it his business to travel the US to do some of the dirtiest jobs on the planet? In addition to having hosted the show Dirty Jobs for eight years on the Discovery Channel, Rowe is a writer, narrator, producer, actor, spokesman and founder of the mikeroweWORKS Foundation, a 501(c)(3) rewarding people who are seeking training for “skilled jobs that actually exist.” Rowe has testified before Congress about the skilled worker shortage, given a TED talk, and advocated about the dangers of the skills gap and the need for better workforce education. His foundation awards scholarships to qualified individuals looking to go into the skilled trades and other in-demand jobs.

In 2015, Rowe teamed up with the Michigan Economic Development Corporation (MEDC), Michigan’s Talent Investment Agency (TIA) and Tom Daldin, host of locally produced PBS show Under the Radar Michigan, to produce videos aimed at addressing common misconceptions and perceptions about skilled trades. The videos were shown in schools, posted on YouTube and even posted on the website of the largest trade group in the state — the Operating Engineers.

If you haven’t heard the phrases “middle skills,” “skills gap” or “career pathways” in the last 12 months, you’re living under a rock. Addressing the demand for skilled workers to fill jobs that don’t require a four-year degree has made headlines, becoming a top priority from the White House to the state house to the schoolhouse down the road. 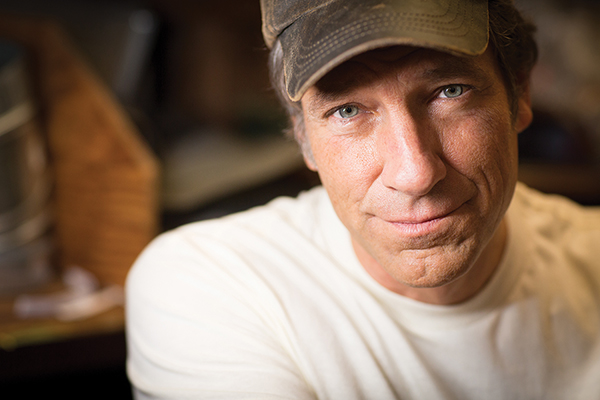 The state has vigorously attacked the skills gap through a variety of initiatives. The Skilled Trades Training Fund provides funds for employers to upskill their current workers or train someone who needs a job for a hard-to-fill opening. “This current fiscal year over 350 companies are benefiting from the program,” says Stephanie Comai, director of Michigan’s TIA. “Around 3,200 jobs have been created and 10,000 jobs were retained with greater skill level. Companies are really hungry for ways to improve their workforce and these funds help do that. Governor Snyder recommended an increase to $35 million for the next fiscal year.”

Early/Middle College Opportunities is a statewide program designed to fill in-demand jobs that require some education beyond a high school diploma. “If you want to be a screenwriter, this isn’t the program for you, but we have great opportunities in advanced manufacturing, healthcare and IT,” says Comai. “Early/Middle College takes five years to get a high school diploma and an associate’s degree in a high demand field.”

The program is administered through the state’s 10 economic development regions. Each region designs how it will build out the Early/Middle College option based on regional employer demand. The program can also be used as a springboard to a four-year program. Students can potentially enter an affiliated university with 60 credits under their belts.

Once a standard pathway to a career in the trades, apprenticeships are falling into vogue once again. “We’ve had a 27-percent increase in apprenticeships from fiscal 2014 to now,” says Comai. “These are US Department of Labor-registered apprenticeship programs. There are over 900 programs in the state, and we work closely with industry partners to promote them as a great option to build your talent pipeline.”

The notion that the skills gap can be closed by government programs alone is simplistic and naïve. New programs across the nation demonstrate that stakeholder collaboration between state and local government entities, educators, the private sector — including unions and associations — is the best way to come up with creative solutions to tackle the skilled worker shortage.

In Arkansas the state Chamber of Commerce partnered with the state on an initiative called ‘Be Pro, Be Proud,’ promoting the technical and manufacturing industries. The Chamber purchased a truck fitted with high-tech equipment. The truck tours the state, visiting middle and high schools to introduce the skilled trades to students.

In order to address a shortage of skilled construction workers, Indiana’s workforce agency, Work One, is partnering with Bethel College, local unions and employers to provide a two-week building trades training program giving workers the most industry-requested skills to enter and advance in the building trades.

Virginia became the first state in the nation to establish a pay-for-performance workforce training program, with the goal of increasing specific industry certifications and occupational licenses to meet the needs of businesses throughout the state. The program covers two-thirds of the tuition for students enrolled in workforce training programs designed to fill in-demand jobs.

“We need to build an operating system for the education and training system that is an information-based operating system that I think attaches less to high schools, more to post-secondary education and the labor market,” Anthony Carnevale, research professor and director of Georgetown University’s Center on Education and the Workforce, told an audience at a Brookings Governance Studies forum. “There are fairly obvious ways to do that … and it is happening in the states and at the federal level.”