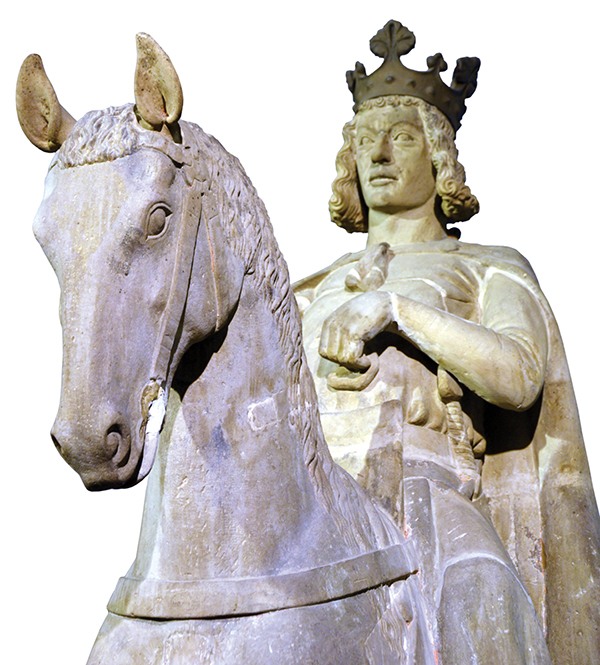 Formerly a central hub in the civilized world, Magdeburg is ready to rise once more.

Have you ever read a book in which comments scrawled in the margin by some previous reader’s hand are more interesting than the text? Magdeburg is one such book. History, too often relegated to the city’s margins, blazed a spectacular and ruthless path through its soul. This is a city wedded to the past, but building for the future. One which history has chewed up and spit out, yet seems poised to rise again.

Perhaps a little history lesson is in order. Magdeburg, now the capital city of the German state of Saxony-Anhalt, was founded by Charlemagne and later became one of the largest cities in the Holy Roman Empire. It was the home of influential rulers, politicians and churchmen, making it a center of finance and commerce.

The city was also a hub of philosophy and learning, which led to a major shakeup in its status when a cleric named Martin Luther called for a Reformation of the Catholic Church. Magdeburg broke with the Church, going out from under its protection and fighting off siege after siege through its history. Despite bombings during World War II, many of the city’s historic buildings, like the Lutheran Cathedral of Saints Catherine and Maurice, remain standing — and stronger than ever.

While the average American could probably find Germany on the map, there’s even money few would find Saxony-Anhalt. And they’re the lesser for it. The world’s best and brightest, big companies and small companies, are building or locating there — scribbling the next chapter of Magdeburg’s history in sectors from ground-breaking clean energy technology to discoveries in life sciences to smart solutions in urban logistics.

Mechanical and plant engineering have traditionally been the single largest industrial sector in the Magdeburg region. After reunification, 25 years ago, the sector experienced a major upheaval. The region is now home to small- and medium-sized enterprises supplying companies including the automotive and wind turbine manufacturing sectors. 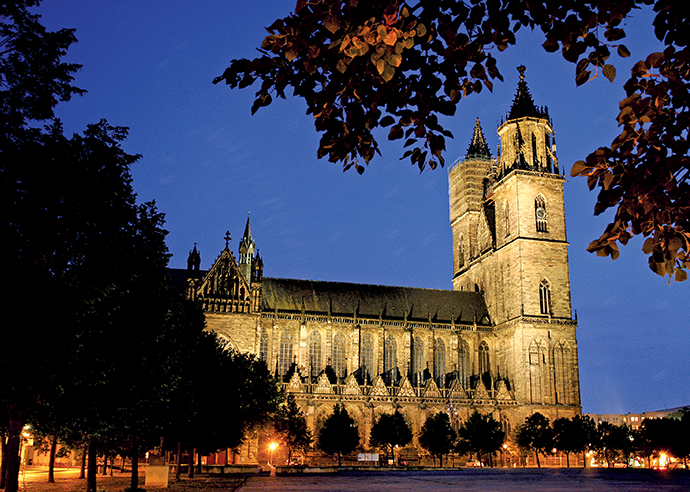 Founded eight years ago, the Cluster Initiative for Specialist Machinery and Plant Engineering (SMAB) plays a key role in bringing together and strengthening companies and research organizations with different core competencies. Dr. Gunther Ihlow is the managing director of Technology Transfer and Innovation (tti) Promotion, the organization responsible for managing the SMAB Cluster. He says the individual members of the cluster will benefit from the association in a variety of different ways, especially the transfers of knowledge and technology.

For example, a manufacturing relationship between a German company, H&B Omega from Sülzetal, an area southwest of Magdeburg, and a Japanese company, JATCO, was aided through cooperation of several entities including the department of Mechanical Engineering at Magdeburg-Stendal University of Applied Sciences; InKRAFT, an affiliated institute; the Otto-von-Guericke University; and KES GmbH, another member company in the SMAB Cluster.

H&B manufactures products used in tool and jig construction, specialist mechanical and plant engineering and equipment used in conveying technology. The company specializes in friction welding machines, high-productivity systems enabling fixed connections between metallic material pairings at high precision. With assistance of those in the SMAB Cluster, H&B was able to help JATCO improve production of automatic gears. These types of partnerships are commonplace in industries throughout Saxony-Anhalt.

Will Magdeburg regain its place as the seat of a great European Empire? Not likely. But locals will tell you their greatest days lie firmly in the future.