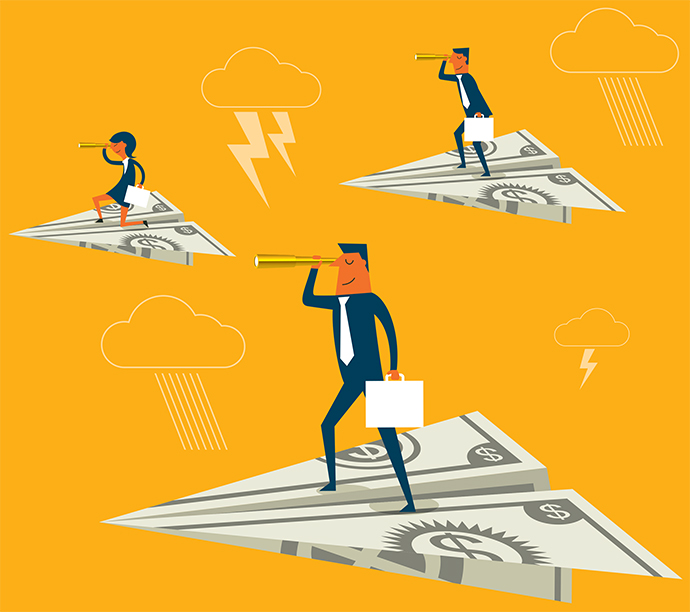 Long before Kevin Durant and Russell Westbrook put Oklahoma City on the global sports map, Oklahoma’s first female governor was making sure that everyone knew about the Sooner State.

By systematically rolling back business taxes and implementing her policy agenda in favor of growing private enterprises, Gov. Mary Fallin has done for her state what the two basketball superstars did for the Thunder: made it relevant.

It’s no wonder, then, that the maiden voyage of Solar Impulse 2 — the world’s first-ever attempt to circumnavigate the globe via solar powered-flight — landed recently in Tulsa. 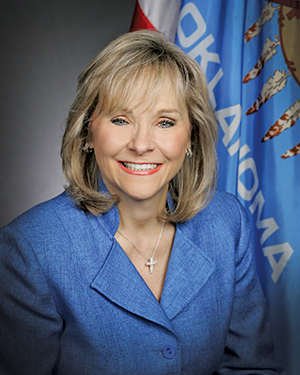 Tax reform during my tenure has reduced taxes from 5.5 percent to 5 percent, putting more than $1 billion back into the private sector.”
— Oklahoma Gov. Mary Fallin

But business growth in the Sooner State is not limited to these two cities. On April 29, the Commercial Metals Company celebrated the groundbreaking of its new micro mill in Durant; and plenty of expansion projects continue to flock to MidAmerican Business Park in Pryor Creek.

From Stillwater and Lawton to Norman and Shawnee, and from Enid and Ardmore to Broken Arrow and Bartlesville, investors are choosing sites in Oklahoma due to its business-friendly climate and qualified workforce.

Recently, Site Selection caught up with Gov. Fallin, who explained why this is happening.

Site Selection: How have you managed to take your state to a point where it now ranks as having the sixth-lowest tax burden in the U.S.?

Gov. Fallin: In Oklahoma we know that keeping our tax burden low while still funding core services is important because it allows businesses to invest more of their earnings into employee salaries, inventory and business expansion. By instituting a modest and sensible tax reform, we have been able to stimulate Oklahoma’s economy while helping the state to attract and retain businesses and jobs, not to mention letting hardworking Oklahomans keep more of their income.

Tax reform during my tenure has reduced taxes from 5.5 percent to 5 percent, putting more than $1 billion back into the private sector. I believe that as we move forward, we will see more and more businesses choose Oklahoma for their operations, which means more job opportunities for Oklahomans and a more diverse economy.

SS: Oklahoma City and Tulsa currently rank as two of the 10 best places to start a business in the US. What policies have you championed to help foster this business environment for entrepreneurs?

Gov. Fallin: Small businesses are the backbone of Oklahoma’s economy. Yes, we want to support business-friendly policies that help us recruit companies like GE and Macy’s to the state, but we also focus on those policies to ensure that Oklahoma’s entrepreneurs can get off the ground and succeed. We have made some incredible strides in tax reform and are now recognized as having the sixth-lowest tax burden in the nation. It is important that we’re not only looking at incentives and tax reform, but that we also make it a priority to ensure the continuation of organizations such as i2E, Inc., an initiative of the Oklahoma Center for the Advancement of Science and Technology, which works to connect start-up businesses with sources of capital and other investment.

SS: Oklahoma is positioning itself to be a national and global leader in unmanned aerial systems. What factors give your state a competitive edge in this emerging field?

Gov. Fallin: We were just named one of the top three drone-friendly states by DroneLife.

Oklahoma has a long history in aerospace so it makes sense that our leadership role would extend to unmanned aerial systems. With more than 120,000 people employed in the aerospace industry, Oklahoma is a hotbed for a talented aerospace workforce.

Much like the traditional aerospace market, Oklahoma was a pioneer in UAS research and development. Oklahoma State University has been instructing students on remote control aircraft since the late 1990s. OSU also had the first master’s degree in UAS aircraft design. Today, the OSU School of Mechanical and Aerospace Engineering is a premier center for students looking to get an education in UAS and is the only university offering a doctoral degree in UAS aircraft design.

Not only does Oklahoma have dedicated hangars, runways and airspace for UAS/UAV research and testing, but we are also home to one of only 10 licensed US spaceports — the only one of which is in unrestricted airspace.

And earlier this year, Oklahoma and Kansas were awarded a $500,000 grant by the U.S. Small Business Administration to form the UAS Cluster Initiative. The initiative will accelerate the growth of the UAS industry in the US by helping companies and emerging entrepreneurs connect and collaborate, as well as gain access to technology, capital, business models and more.

SS: Your state is widely recognized as the leader in weather science and weather research. How did that come about?

Gov. Fallin: Oklahoma is often known for its weather, but our leadership in weather science and research is about much more than location. The School of Meteorology at the University of Oklahoma is the largest meteorology program in the nation and ranks among the top 10 meteorology and atmospheric sciences colleges. The University Research Campus, located within two miles of OU’s campus in Norman, is home to a variety of public and private organizations dedicated to weather research and solutions, including the National Weather Center and National Severe Storms Laboratory.

OSU and OU collaborate with the National Oceanic and Atmospheric Administration’s National Severe Storms Laboratory to use UAS to characterize severe storms, including flying specially designed UAS into storm clouds to extract data and enable forecasters to improve predictions of tornado activity.

In August 2015 the National Science Foundation awarded OSU and three partner universities $6 million to collaboratively develop an integrated UAS to improve weather forecasting through the study of atmospheric physics. The four-year grant will be shared by OSU and the universities of Oklahoma, Nebraska and Kentucky.

Oklahoma also has a world-class network of 120 environmental stations, with at least one in each of the state’s 77 counties, called Mesonet. It was designed and implemented by scientists at OU and OSU. Instruments take measurements and transmit them to the Oklahoma Climatological Survey at OU. It takes five to 10 minutes for the measurements to become available to the public.

SS: You’ve been talked about as someone who could potentially run one day for national office. Why do you think that is the case?

Gov. Fallin: It has been a great honor to serve the people of Oklahoma in various legislative, state and federal positions over the last 25 years. We are a state full of dedicated and hard-working people and I want to do everything I can to give them opportunities to succeed.

SS: How involved do you get personally in the retention and recruitment of companies?

Gov. Fallin: I believe it’s important for businesses and investors to know that as governor I appreciate the fact that they could choose other states to create jobs. So I try to be as involved as possible. Recent relocation and expansion announcements from companies like Boeing, Commercial Metals Co., GE and others are evidence that we have an incredibly talented economic development team in Oklahoma. But I think my involvement really comes into play when we are trying to help companies understand that in Oklahoma we really do work together and we want more than just to see a company put an operation in Oklahoma. We want to see that company succeed and we will work with them long after they make an announcement.

SS: When your tenure as Governor of Oklahoma comes to an end, what would you like your legacy to be?

Gov. Fallin: Everything I do in my administration is to improve the lives of Oklahomans and create more opportunities for them. We have made tremendous strides during my time in office, but there is still work to do. By continuing to advance pro-business policies, we will further strengthen Oklahoma’s economy and make sure our state is the best possible place to live, work and raise a family.