Where Zones Make a Difference 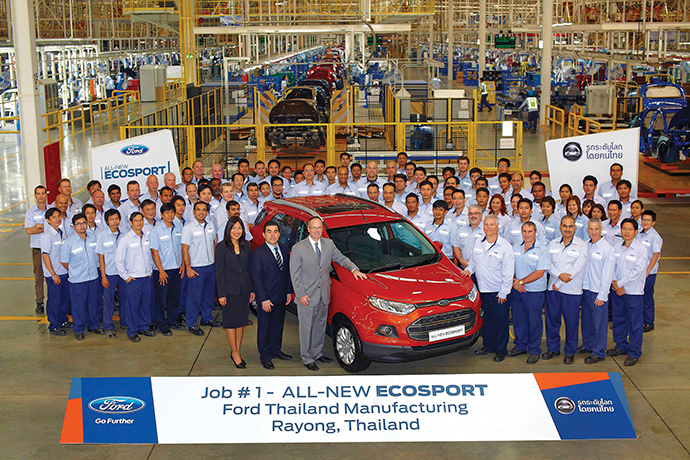 Few may remember that China first chose to use the concept of a special economic zone (SEZ) over 35 years ago as the opening gambit in liberalizing its command economy to one of “capitalism with Chinese characteristics.” In 1980 the central government designated Shenzhen and its surroundings as China’s first SEZ, in which foreign investment was allowed in designated sectors and investment incentives were provided to foreign firms (Chinese companies were not so incentivized) to encourage them to invest and develop the economy.

This very simple concept was the catalyst for almost three decades of double-digit growth in China built on the foundation of FDI. Soon other countries were following suit with the concept of zones being developed in various regulatory forms, conferring numerous special benefits on those companies investing in them and, most importantly, offsetting in one way or another obstacles to investing by foreign companies.

Thirty years ago there were some consistent themes driving the development of zones. China and Vietnam initially only allowed foreign investment in specially designated zones. Countries such as Thailand, Malaysia and Indonesia had both government and private investors developing zones with international standard utilities and physical infrastructure installed to make up for the deficiencies of these critical factors in the rest of the country. Still others, such as Pakistan, India and Bangladesh, encouraged the development of zones to make it easier for industrial investors to acquire clean and clear title to land of sufficient size to support an investment. Fragmented land titles, insufficiently clear ownership, bureaucracy and regulations making it challenging to understand what encumbrances may be associated with land parcels or making it difficult to rectify them, spurred zone development.

After 30 years, there are only a few countries where the quality and sufficiency of the utilities and physical infrastructure actively discourages investment if not for the presence of professionally developed zones. The stark example of this is Myanmar, where if it were not for the newly developed Thilawa SEZ, there would be few places in the country where it is not very difficult to establish and operate a manufacturing facility of any scale. While the Thilawa SEZ’s 2,400-hectare (5,930-acre) zone remains mostly barren, the landscape is quickly transforming with the zone’s development being completed in phases. Thilawa SEZ was conceived by Japan External Trade Organization (JETRO) and the Union of Myanmar Federation of Chambers of Commerce and Industry (UMFCCI). Construction on the US$3.28-billion project began in May 2014.

If it were not for the newly developed Thilawa SEZ, there would be few places in Myanmar where it is not very difficult to establish and operate a manufacturing facility of any scale.

Zone A is one-sixth of the total area, and 85 percent of the 404-hectare (998-acre) lot has already been committed to investors who have signed reservation agreements for their sites. Zone A is currently home to six operating companies, including Thilawa Global Logistics, Koyorad Myanmar Corporation Ltd., a Japanese radiator manufacturer and Foster Electric (Thilawa) Co. Ltd., a Japanese manufacturer. Activity of trucks and heavy equipment carrying construction materials to and from suggests development is moving apace. As of early 2016 there are 27 other companies committed to invest. The development of Zone B is expected to begin by the end of 2016. Imports and exports from the zone currently transit through Myanmar International Terminals Thilawa Port, which opened in 1998.

Thilawa remains Myanmar’s great industrial hope. The government hopes broad incentives, international standard industrial infrastructure, and access to low-cost labor will help drive investment in more than 400 factories and create 200,000 jobs in the area. SEZs have preferential incentives that are better than Myanmar Investment Commission (MIC) incentives in other areas of the country (see chart).

Myanmar holds great promise for labor-intensive manufacturing for export markets with the lowest loaded labor costs in Southeast Asia. Whereas fully loaded market wages for manufacturing operator labor in Thailand are about US$15 a day versus about US$7.50 in Vietnam, Myanmar is about US$3.75. Despite the global slowdown, turmoil in financial markets and a newly elected government that faces a host of economic, political, and social issues it must address, the surge in economic activity by inbound foreign investors indicates that Myanmar’s prospects are strongly positive.

In contrast to Myanmar, FDI into Thailand has dwindled in recent years as it tries to transition itself from a low cost manufacturing location and move up the value chain. Thailand has used its incentive policy to encourage the development of privately-owned industrial estates in economically disadvantaged geographic locations outside of the main economic centers clustered around its major cities. While these policies were successful in promoting investment in the Eastern Seaboard region as well as in the lower Central region from one to two hours north of Bangkok, the regulations did little to encourage investment in Thailand’s mostly underdeveloped regions.

Since 2014, Special Economic Zones have sprung up along the Cambodia and Myanmar borders in response to the opportunity, varying dramatically in size from the 50-sq.-km. Trat Special Economic Zone in Trat province along the Thai-Cambodia border to the massive 1,419-sq.-km. Tak Special Economic Zone in Tak province on the Thai-Myanmar border. Three more are planned for 2016. Already, nearly 60 direct investments have been approved or started operations in existing zones, with a heavy focus on commodity processing of agricultural goods imported from Cambodia and Myanmar and the labor-intensive garment manufacturing. 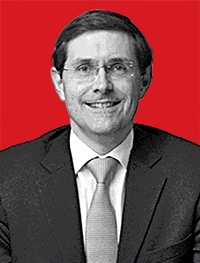 Dennis Meseroll, co-founder and executive director of Tractus Asia, can be contacted at dennis.meseroll@tractus-asia.co. Tractus Asia has been the leading Asia-based FDI and trade advisor in both public and private sectors for the past 20 years. 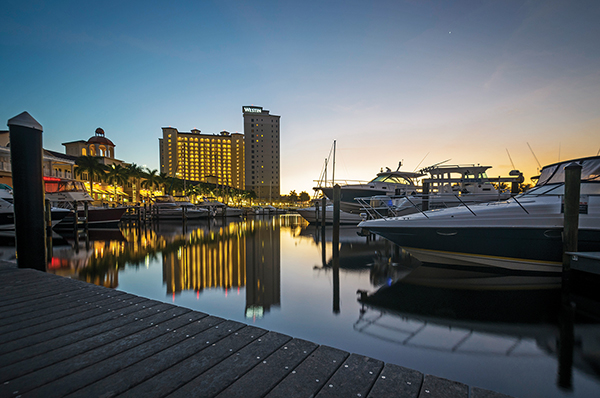 The Tarpon Point Marina area in South Cape Coral will become an even stronger business draw when The Westin Resort at Marina Village completes a new conference center.

Ranked among the best places to live and do business, and located in the tax-friendly state of Florida, Cape Coral is a prime location for corporate relocations and business expansions for companies worldwide.

You don’t have to take our word for it. An ideal, year-round climate, affordable real estate and competitive cost of living have drawn national attention. Forbes magazine reports that the Cape Coral metro area is No. 3 nationwide for projected job growth (Moody’s Analytics, 2015). According to CEOs surveyed for a report by Chief Executive magazine, Florida is the No. 2 state in the nation to do business. (May 2015).

Last year, the city’s Economic Development Office (EDO) team successfully recruited seven new manufacturers to Cape Coral. Among these is a German manufacturer which is a supplier for the automotive industry. The South Cape has become a regional destination for its new entertainment venues, restaurants and microbreweries, with plans on the drawing board for a mixed-use development. In addition, the No. 1 natural health website recently chose Cape Coral for its Natural Health Partners headquarters.

As the 10th largest city in Florida and the largest city in Southwest Florida, Cape Coral is ideal for relocating businesses due to its large, talented and available workforce.

The past two years have brought dynamic growth to the community. The addition of new infrastructure is paving the way for business expansion in the city’s northern region. The 240,000-square-foot Lee County VA Healthcare Center on Diplomat Parkway has exceeded its original projections for patients, visitors, staffing and service levels. This facility is drawing thousands from throughout the region and serves as the anchor for the Veterans Investment Zone, designed to attract symbiotic industries, such as medical, wellness, hospitality, retail, pharmacy and life sciences industries, in addition to corporate and back office operations.

If you want to get down to business in a clean, warm and hospitable environment, contact us today. 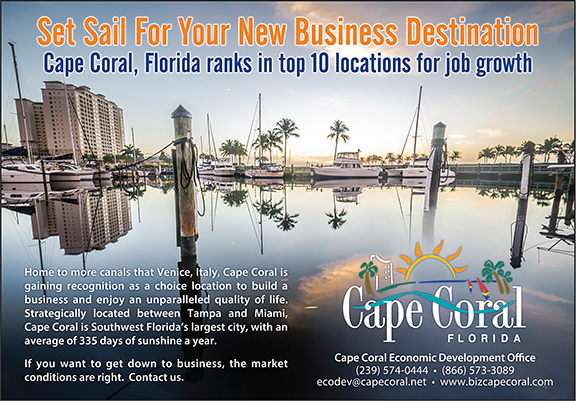 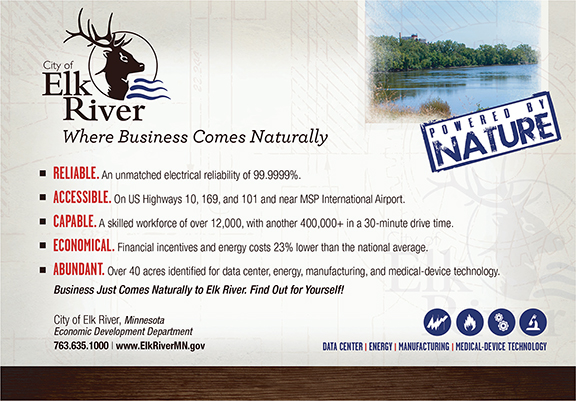