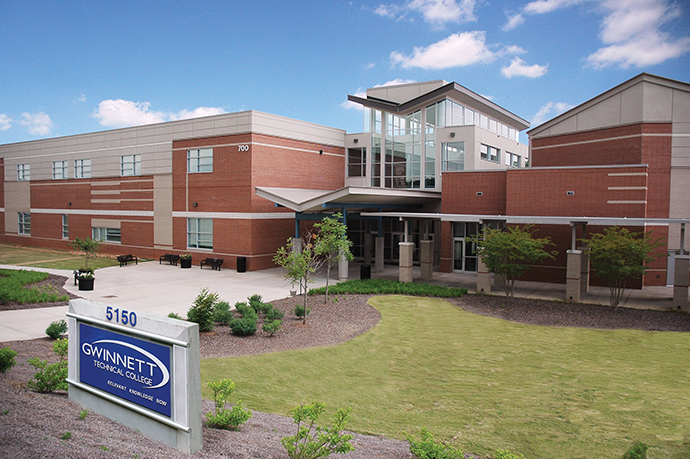 Gwinnett Technical College, with about 10,000 students, is one of the highest-ranked two-year colleges in the nation.
Photo courtesy of Gwinnett Tech
by RON STARNER

When Level 3 Communications cut the ribbon to open its 39,000-sq.-ft. operations center in Peachtree Corners, Ga., on Nov. 18, the Fortune 500 company confirmed what many site selectors already knew: Gwinnett County is rapidly becoming the destination of choice for high-tech end-users.

“We selected Gwinnett for of a lot of advantages, but mostly because this is one of the best locations in the Atlanta community for leveraging high-tech talent,” says Jorge Magana, vice president of global operations for Level 3. “A lot of our infrastructure is here. This is a great cultural and lifestyle fit for our employees. The move has sparked big interest in Level 3 from the great talent in the area.” 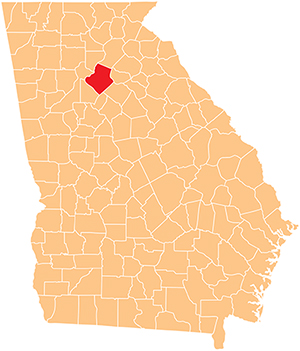 More than 350 full-time Level 3 workers are being relocated to the site in Technology Park, which for more than three decades has welcomed some of the most prestigious names in high tech.

“This has been a real positive for us,” notes Magana. “The location and the environment around it align with our strategic objectives. We are a worldwide company, and this area promotes the high-tech industries. We have purchased property here. This will be our home in Georgia. It was a big decision.”

Level 3 is far from alone in making this location decision. Over the past few months, notable companies from around the US and the world have announced similar or larger investments into facility expansions in Gwinnett, a county of 877,922 residents along the I-85 corridor northeast of Atlanta.

Kraiburg TPE of Germany opened a new $15-million, 70,000-sq.-ft. facility in Buford for the manufacturing of thermoplastic elastomers. Suniva invested $96 million and created 500 jobs in Norcross. SKIPPER Logistics of France announced a warehouse and technology support center that creates 15 jobs in Lawrenceville. And BioLife Plasma Services, a division of Baxalta/Shire, announced a $7-million investment that creates 50 jobs in Centerville.

The biggest deals, however, have come in information services and communications. Kaiser Permanente announced that it will invest $51 million and bring more than 600 jobs to a contact center in Duluth. InComm announced that it will invest $20 million and create 120 jobs, mostly in information technology, in Peachtree Corners and Suwanee. And global cable giant Comcast continues to move nearly 700 workers to 88,000 sq. ft. in the 10-story Wells building on Corners Parkway in Peachtree Corners.

Level 3 and Comcast are part of a growing wave of high-tech investors in Gwinnett, which features two of metro Atlanta’s 10 largest employment centers: Peachtree Corners and Sugarloaf Corridor.

“People forget that during the Great Recession, we went from one Fortune 500 headquarters in Gwinnett to four,” says Nick Masino, senior vice president of economic development for the Gwinnett Chamber. “And we have a proven track record of back-filling space whenever it becomes vacant.”

Gwinnett excels at luring technology companies largely because of its highly trained, technical workforce, says Masino. Two of the most important players in providing that workforce are Gwinnett Technical College and the Atlanta Regional Commission (ARC).

“Our ability to meet the specific needs of employers is what sets our college apart,” says Glen Cannon, president of Gwinnett Technical College, one of three finalists for Georgia College of the Year. “Our community college system in Georgia does that as well as any system in the nation, and we do it as well as or better than any other school in Georgia.”

Consider the contributions of this 10,000-student, two-year, technical college:

“We work closely with the Gwinnett Chamber, the Georgia Quick Start program and Gwinnett employers to tailor our curriculum to meet the needs of the workplace,” says Cannon. “These are also college credit programs, meaning that people can work toward earning their degree while they are acquiring the skills they need to be gainfully employed. Our goal is to set up people for life.”

Aiding in that cause is the ARC. Rob LeBeau, manager of workforce solutions at ARC, says that Gwinnett provides one of the largest and most technically skilled labor pools in all of Georgia. 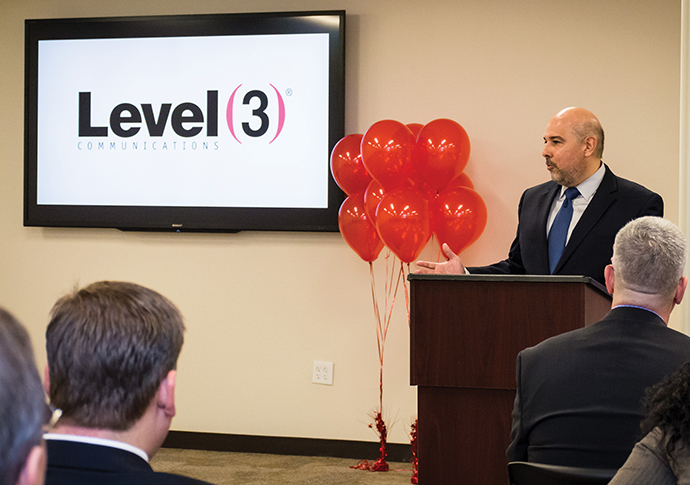 “The Gwinnett population has been expanding rapidly over the last 20 years, and it is a much more diverse population now,” he says. “With the increase in job opportunities in Gwinnett, more people are coming into the county to fill these positions. We work directly with businesses to assess what their job needs are. We can pay for on-the-job training and do incumbent worker training. We also do onboarding services for new companies coming into the area.”

In the case of Mercedes-Benz, which relocated its North American headquarters to Atlanta, the job of onboarding workers was outsourced to Gwinnett Technical College.

“They knew of our reputation and they wanted to come up to Gwinnett Tech for all of their onboarding needs,” says Cannon. “Our reach extends even outside of Gwinnett.”

Increasingly, that is what employers are saying of Gwinnett County as well.

This Investment Profile was prepared under the auspices of Partnership Gwinnett and the Gwinnett Chamber. For more information, go to www.gwinnetteconomicdevelopment.com or contact Jennifer Farine at jfarine@gwinnettchamber.org or 678-584-2261.