The lure and lore of the downtown headquarters 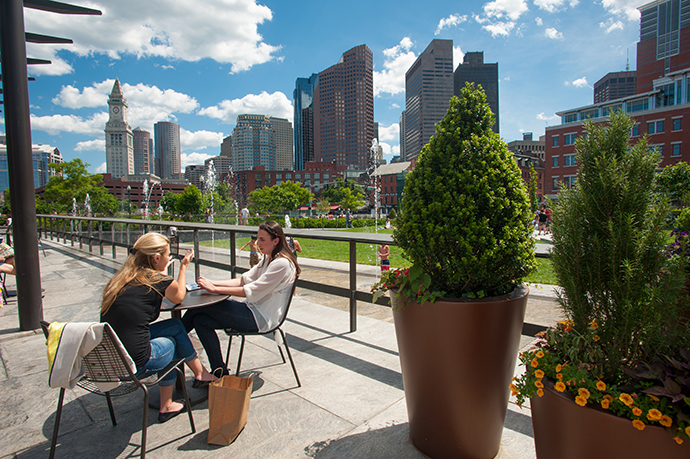 In recent years, a number of high-profile headquarters relocations have suggested a move back to central business districts after spending decades in suburban office parks. Indeed, several headquarters relocations this past year have chosen central-city locations with public transit access and nearby housing that allow employees to avoid congested highways while capitalizing on the high concentration of educated workers and amenities in urban centers. The most recent emblem of this trend is GE’s January announcement that, after more than 40 years at its suburban campus in Stamford, Conn., it will relocate its operations to Boston.

Headquarters offices are becoming leaner as companies streamline their management structure and increase their use of remote shared services centers. US Census data show jobs at headquarters locations declined by 2 percent nationwide in 2015 while aggregate US employment grew by 2.3 percent. Recent project announcements reflect this trend:

It’s Not All About Downtown

Despite the prominent downtown headquarters projects, the suburban office park remains a popular choice for large headquarters facilities. UTC announced a low-key relocation from downtown Hartford, Conn., to an office park in Fairfield, Conn., in an effort to reduce corporate office overhead by nearly $100 million (General Electric just announced plans to relocate its headquarters from Fairfield to Boston). German grocery store Lidl chose a suburban northern Virginia location just outside of Washington, DC, for its US headquarters. Movement Mortgage chose a suburban Charlotte location just across the state line in South Carolina.

Only 7 percent of all corporate management locations in the US are located in downtown zip codes.

Other companies are striking a balance between a dense urban location and a suburban campus. Expedia’s new Seattle headquarters will be on the water, a 10-minute drive from downtown and served with shuttle buses. UnderArmour chose a location in an underdeveloped area of Baltimore that will be large enough to host its planned 10,000-person campus. And Uber chose to expand its existing footprint in the Bay Area by adding 2,000 to 3,000 people in a former Sears building in downtown Oakland, in addition to expanding its headquarters operations in San Francisco.

Headquarters projects locating in the suburbs are increasingly embracing the concept of transit-oriented development, with locations catering to employees who walk, bike or take public transit to work. This is an important consideration given that the number of these non-driving employees has grown by 10 percent over the past decade, and includes a disproportionate share of the young workers that employers hope to attract.

EY’s analysis of US Census data shows that over the past decade, the number of headquarters located in downtown areas hasn’t grown more quickly than other areas. The number of downtown headquarters expanded by 9 percent over the past decade compared to 10 percent in suburban areas.* The data also show that only 7 percent of all corporate management locations in the US are located in downtown zip codes.

Regardless of whether headquarters locations choose downtown or suburban locations, certain priorities remain the same in the location choice:

Each company announcing new headquarters projects in 2015 had a set of motivations that reflected its own balancing of these location drivers. For some, the best choice was a downtown location. But for many others, the suburbs will remain home — at least for now.

Andrew Phillips is a partner/principal in EY’s Quantitative Economics & Statistics practice, and the author of EY’s US Investment Monitor.