Follow-through is one way Hoosier Energy helps companies stay on top of their game. 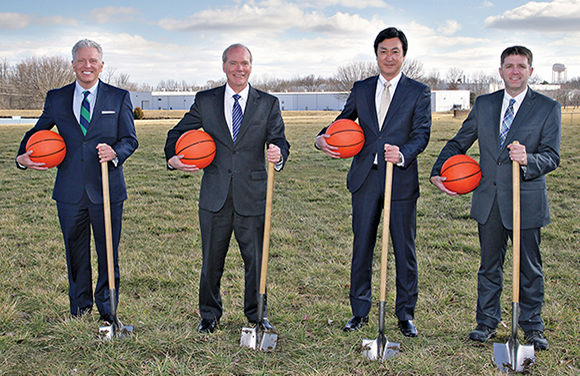 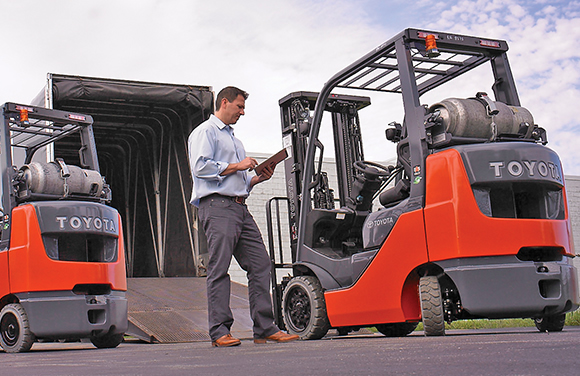 The majority of all Toyota forklifts sold in North America are produced at the still-expanding Toyota Industrial Equipment campus in Columbus, Ind., where a $16-million expansion was celebrated in 2015 by Toyota executives.
Photos courtesy of Hoosier Energy

Of the 60 corporate facility investments the Hoosier Energy economic development team helped bring to fruition in 2015, two-thirds were expansions by companies already located in the territory of Hoosier’s 18 member cooperatives in central and southern Indiana and southeastern Illinois.

Hoosier Energy knows how to welcome those companies when they arrive, and how to keep them happy. Aftercare takes many forms, including Demand Side Management (DSM) programs. Launched in 2009, the cooperatives’ enhanced energy efficiency programs help customers manage energy usage and reduce the impact of increasing power costs. With a goal to reduce system peak demand and total energy sales by 5 percent from forecasted levels by 2018, Hoosier Energy offers member cooperatives the option to implement a number of DSM programs, including, on the corporate side, the Commercial & Industrial Prescriptive Rebate Program and Energy Management Program.

Hoosier Energy Economic Development’s aftercare prowess has been on display with Toyota Industrial Equipment (TIEM) as it grows its headquarters and operations in Columbus, Ind.

“TIEM is currently in the process of replacing all of our high-bay lighting from 1080-watt metal halide to 773-watt LED,” says Tony Miller, TIEM senior vice president. “This investment was made possible in part by the rebate program from Bartholomew County REMC to incentivize companies to reduce energy consumption. The annual projected energy savings for this improvement is 1.5 million KWH [kilowatt-hours].” TIEM also worked with Bartholomew County REMC to change its energy billing structure.

In February 2016, TIEM announced construction of a new physical fitness center for Toyota associates and their families to enjoy at no cost. Last year, TIEM announced a separate $16-million expansion and building renovation that includes a two-story office building, a new cafeteria, a new storm shelter and locker rooms. Construction will be complete in July.

Since the first forklift rolled off the line 25 years ago, Toyota Associates have built more than 500,000 forklifts on the Columbus campus, which now totals more than 1.1 million sq. ft. of manufacturing, support and office space. Initial location of manufacturing in Columbus was followed by moving all headquarters functions there too. 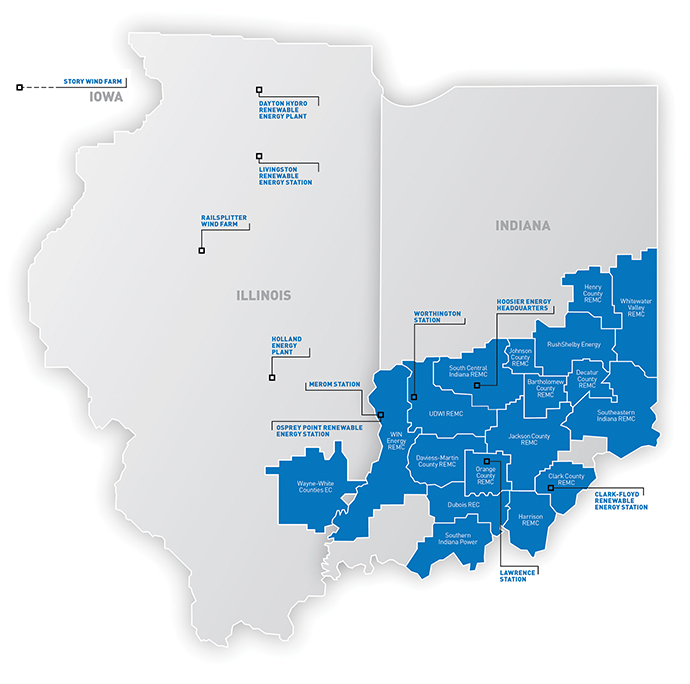 “The relocation of Toyota Material Handling USA’s headquarters to Columbus supported Toyota’s vision to align all sales and marketing activities with manufacturing under one roof, to combine synergies and allow the company to be even more responsive to customer and dealer needs,” says Miller. “Columbus and the state of Indiana have remained an attractive draw for manufacturing companies based on numerous factors, including the robustness of the economy, the hospitality characteristic of the Midwest region and overall lifestyle.”

Those same sentiments can be found at Faurecia Emissions Control Technologies (FECT), which in May 2015 announced it will invest $61 million to equip an approximately 400,000-sq.-ft. manufacturing facility adjacent to the company’s existing R&D center. The company will allocate another $11.8 million to lease the building set on 36 acres of land purchased from the Columbus Board of Aviation. FECT currently employs 1,635 Hoosiers between its manufacturing and R&D operations in Columbus, and plans to begin hiring for a variety of engineering and production positions in 2017.

“While we considered several other communities for this new operation, our decision to continue to grow in Columbus is a direct result of both the quality of the skilled workforce here and the important considerations we’ve received from the state and city governments.” said Dave DeGraaf, president of FECT in North America.