Saudi Arabia’s most dynamic research ecosystem is at KAUST’s campus on the Red Sea.

Above photo: KAUST research centers and academic buildings along the Red Sea.
Photo courtesy of KAUST
by MARK AREND

When and where did the Kingdom of Saudi Arabia’s efforts to diversify its economy and become a center of innovation, economic development and social prosperity first gain traction? In 2009, when the King Abdullah University of Science and Technology (KAUST), an international, graduate-level research university opened in Thuwal, about 60 minutes north of Jeddah on the Red Sea and within a regional population of 250 million. That’s where over 900 students in a community of over 100 nations work closely with industry partners on research in three main disciplines: Biological and Environmental Science and Engineering; Computer, Electrical and Mathematical Science and Engineering; and Physical Science and Engineering. The founder of the university, the late King Abdullah, established KAUST to inspire discoveries that address global challenges and to serve as a beacon of knowledge that bridges people and cultures for the betterment of humanity.

KAUST aspires to be a destination for scientific and technological education and research and as such is home to 11 research centers, specifically for advances in membranes and porous materials, catalysis, clean combustion, computational bioscience, desert agriculture, extreme computing, the Red Sea, solar and photovoltaic engineering, upstream petroleum engineering, visual computing and water desalination and reuse. 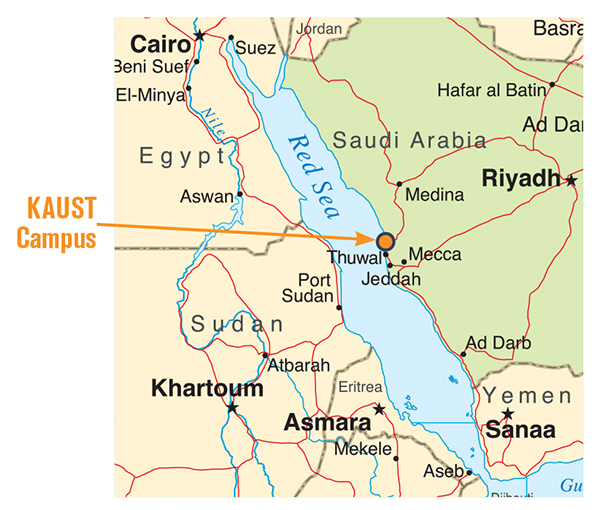 Under the leadership of President Jean-Lou Chameau, the former president of the California Institute of Technology, KAUST has become a leading source of scientific output and the chief innovation ecosystem in Saudi Arabia and the Middle East. Joining the administration more recently, in July 2015, is Mark Crowell, KAUST Vice President of Innovation and Economic Development, who was founding executive director of UVA Innovation at the University of Virginia. “My top priority is to ensure that we establish and support the key enablers of a robust innovation ecosystem: research, human capital and a supportive policy environment,” he explains.

“I like to think of it in terms of our partnering IQ, our partnering culture,” says Crowell, adding that collaboration restrictions faced by many Western institutions are not in place at KAUST. “We’re not bound by outdated notions of tech transfer mandates, like holding IP real tight and making sure companies don’t touch it unless they pay you a lot of money. This is a very open, very collaborative environment that is rich in resources. Prospective partners need to know that those resources are accessible relatively easily by our partners and faculty and students.”

These include nine Core Labs — laboratories organized around one central mission, which is to provide state-of-the-art facilities, training and services to KAUST faculty, students, researchers and industrial partners. KAUST’s Core Labs, home to Shaheen — one of the top ten most powerful supercomputers — rank among the top in the world and are in close proximity to the KAUST Research & Technology Park. KAUST is also commercializing research through its wide array of strategically connected innovation and economic development programs.

“We have an incredible array of proof-of-concept and seed-funding resources available, so we can take early stage innovation and drive it toward a commercially relevant milestone,” says Crowell. “If you come here to partner in technology development or innovation, chances are your money will go further; it will be leveraged more powerfully, and you’ll be working in an environment that has more robust partnership opportunities available.

“The goal,” he continues, “is to attract companies to the research park and to encourage them to engage in KAUST research perhaps by a collaboration arrangement, to make our graduates accessible to companies as potential hires or interns and to attract companies that might want to license or invest in our early-stage innovation. It’s more than bringing companies to the park, which is very important. It’s about authentic partnering and enhancing our engagement profile — defining engagement with a very broad base line.” 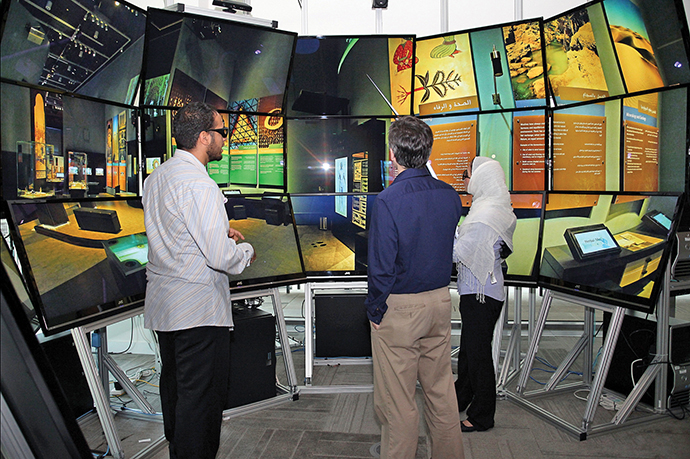 Crowell says KAUST has the distinct advantage of having been purposefully designed as a global and private university with several key attributes, one of which is an environment where excellence in curiosity-driven and goal-oriented research thrive. “Through our endowment, we provide flexible and sustained support to pursue long-term research and scientific goals. Our people are empowered and encouraged to aim high and investigate important questions with passion and freedom. Few universities enjoy this level of consistent support. This is something that is particularly important for our industry partners who are looking to adopt KAUST innovations.”

This Investment Profile was prepared under the auspices of the King Abdullah University of Science and Technology. For more information, visit www.kaust.edu.sa or innovation.kaust.edu.sa