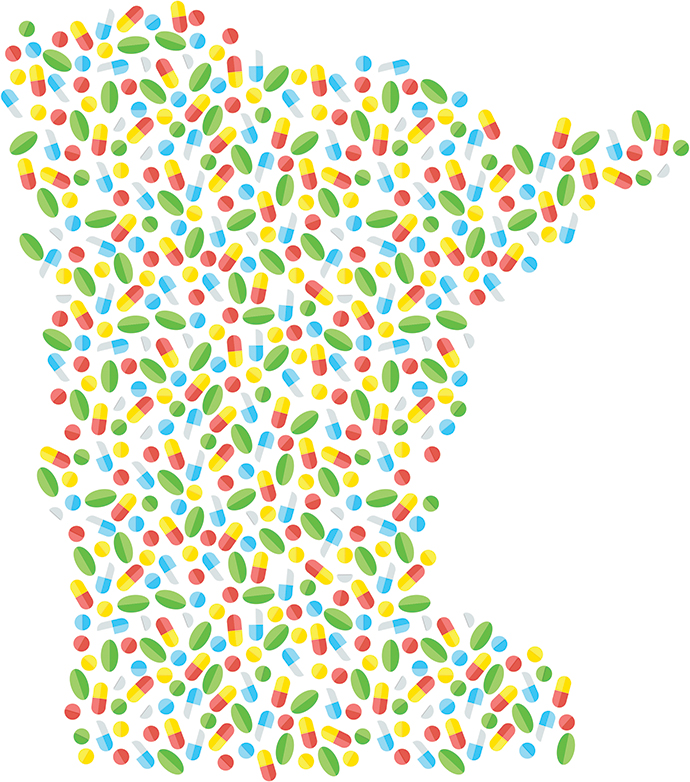 The ability to monitor production from start to finish led Japan’s oldest pharmaceutical company to put down roots in Minnesota.

Takeda Pharmaceuticals has manufactured life-saving medicines at locations around the world — from Asia to South America to Europe — in its 234-year history. But in January 2016, the company acquired a large biotech plant in Brooklyn Park, Minn., making it Takeda’s first US manufacturing site. The obvious question is, “Why now?”

The answer has its origin in a strategic acquisition made in 2008 when Takeda purchased Millennium Pharmaceuticals, based in Cambridge, Mass. Included in that acquisition was a molecule which was the basis for Entyvio, a medication for ulcerative colitis and Crohn’s disease, and Takeda’s first in-house biologic. Currently the drug is exclusively sourced at a contract manufacturing organization (CMO), and that’s where the Brooklyn Park facility comes in.

“For a vital product such as this, given this was going to be a very important product, possibly our number one product, it only behooves us to have a measure of control over our own supply chain,” says Tushar Misra, Takeda’s global head of oncology and biologic manufacturing. Over a year ago, Misra developed a strategic report for Takeda’s biologics division that proposed three options: Build their own facility, buy a facility or go into partnership with another CMO. “The Brooklyn Park facility happened to fall within the three options,” says Misra. “It was a facility that was available, of high quality in design and build, and staffed by high-quality personnel. The facility was sized appropriately for our needs as well.”

Takeda’s site selection process began in the Cambridge area thanks to the Northeast region’s strength in research and development and manufacturing. But in August 2015, the Brooklyn Park property popped up on their radar through PharmaBioSource, a facilities broker in the bioscience/pharmaceutical industry. 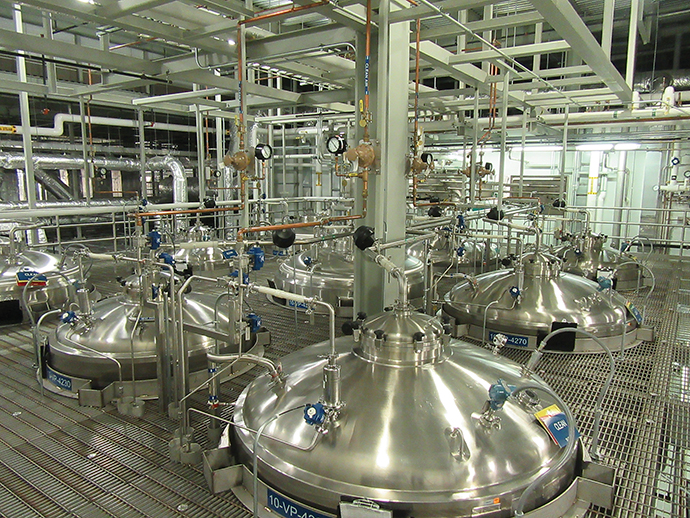 “As Tushar mentioned, it was an extremely good fit for the lead product, Entyvio, but also it’s designed for multi-product operation, which is important for Takeda as we look at flexibility and growth through our pipeline,” says Eric Hahn, Takeda’s head of operations and engineering at the Brooklyn Park facility. “In addition, when Takeda made the acquisition there were 42 people here at the facility, so it was partially staffed. That’s an important factor for us because of the tight timelines to get the facility up and licensed to produce Entyvio.”

Takeda intends to add around 150 jobs over the course of the next two years, and expects to receive commercial licensure for Entyvio production by 2019. “Jobs will range from process development scientists to engineers, to quality and manufacturing associates,” says Hahn, who says that Minnesota’s long history in the medical device and pharmaceutical manufacturing industries will be a benefit to Takeda as it works to staff the facility. “We have a resource pool in the area to draw from that understands working in a GMP environment,” he adds. “Also important for Takeda are the number of universities and community colleges we’ll be able to draw from.”

Financial terms of the deal weren’t disclosed, but the 215,000-sq.-ft. (19,974-sq.-m.) building was originally built for $220 million in 2004 and, prior to Takeda, was purchased by Baxter International (now Baxalta) for $9.9 million in 2013. Misra says the company’s investment in the facility and the community is a demonstration of confidence. “We are investing to upgrade the facility up to current regulatory standards, essentially a re-fit,” he says. “We’re refurbishing the labs and modernizing the process sciences lab and the quality control labs. Biologics by nature require a fairly large investment anyway, due to the nature of the manufacturing. This is primarily going to be a mammalian cell culture facility. The regulatory agency hurdles are also quite high. We’ll have to meet all those high bars of expectation. Obviously Takeda really believes in the potential of this facility and is making a sizable investment.”

“Takeda really believes in the potential of this facility and is making a sizable investment.”
— Tushar Misra, Global Head of Oncology and Biologic Manufacturing, Takeda Pharmaceuticals

In setting down roots in Brooklyn Park, Takeda joins Olympus Surgical Technologies America (OSTA), which opened a Surgical Innovation Center in April 2015. The company consolidated operations from five separate buildings in Maple Grove into a new $37-million, 180,000-sq.-ft. (16,722-sq.-m.) facility. “Our new Brooklyn Park facility will play a leading role in the production of our disposable surgical energy devices, a core competency of Olympus,” said OSTA President Georg Schloer. The region’s strong medical device industry, talented workforce and the state’s central location in the US were also cited as contributing factors to the location decision.

Several other companies from the bioscience and medical device manufacturing industries made sizable investments in existing facilities and workforce in 2015. In June 2015, Mendell, Inc., in Lakeville, announced that it is spending $2.36 million to renovate an existing facility and build an 18,700-sq.-ft. (1,737-sq.-m.) addition. Mendell produces custom implants for orthopedic, orthopedic spine, cardiovascular and other device markets. The company plans to create 25 full-time jobs within three years.

Lifecore Biomedical in Chaska is investing $18 million in a 25,000-sq.-ft. (2,323-sq.-m.) expansion that will include a medical manufacturing cleanroom and quality control laboratory. Lifecore manufactures hyaluronan — a substance often injected in the joints to treat osteoarthritis — and other biomaterials into aseptically filled dose products for various medical applications, including ophthalmology, orthopedics, oncology and veterinary markets. The company, which received a $145,000 tax abatement from the city, says the expansion will lead to the creation of 68 new, high-paying jobs.