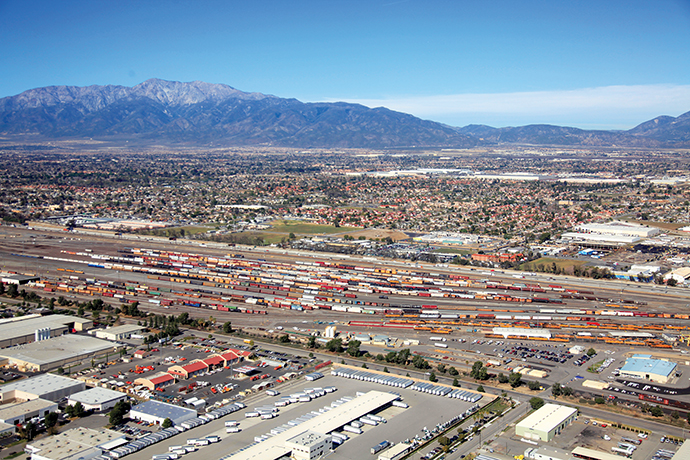 An epiphany brought Henry Savedra Jr. back to the United States. A move to San Bernardino County is bringing effectiveness and efficiency back to his company.

The founder and CEO of Tekton Hospitality, a custom furniture manufacturer for the hotel industry, Savedra spent more than 20 years overseeing production operations in other countries.

Last October, Savedra closed on a seven-year lease for 118,615 sq. ft. of industrial space on Arrow Route in Rancho Cucamonga in the Inland Empire region of Southern California.

“I have learned that running a factory is more than just hiring people and processing production,” says Savedra. “There are also important cultural logistics that must be leveraged. I am selling to American clients, which means that I have an entire range of expectations to satisfy that vary from structural integrity, to visual notes, to quality assurance standards.”

Savedra made the decision to relocate his production back to America after learning some painful lessons in other parts of the world. “When I produced in Mexico and Asia, I noticed a void in my workforce’s ability to naturally manufacture within the parameters of these factors,” he says. “Often, the American goods they were manufacturing were extremely foreign to them since they had never seen, touched or understood the purpose of such products. And often, their association with such a product ended once it was shipped.”

Driven by a desire to create jobs for his own country, Savedra founded Tekton as his new manufacturing company in the US. He identified San Bernardino County as a prime location for economic growth. 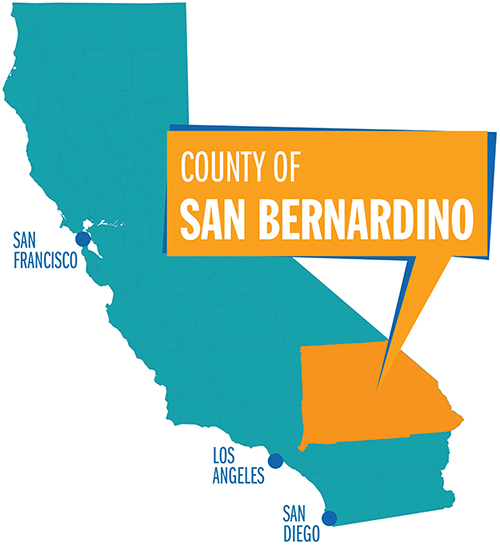 “We were able to find a freestanding building that met Tekton’s requirements,” said Randy Lockhart, executive managing director for Newmark Grubb Knight Frank in Ontario, Calif., which completed the lease on behalf of Tekton. “The property was chosen because the factory floor plan requires three distinguished areas for millwork and finishing, as well as the shipping and warehousing department. This warehouse was already designed for this configuration, saving both time and money. Secondly, it offered the two large office spaces in separate locations, accommodating the desired space and privacy.”

A Fresh Start in ‘A Fresh Area’

Savedra says he selected Rancho Cucamonga because it “is centrally located for my transportation requirements, whether for shipping across the country or possible importing and exporting. The surrounding freeways offer convenient commuting for both living and warehousing. The climate is also ideal since I don’t have to worry about weather-related closure days.”

Savedra says he originally looked at other parts of California before making his final choice. “When I considered Northern California and Los Angeles County, I just felt that both of those areas are very saturated and condensed,” he notes. “The idea of doing business in San Bernardino County, on the other hand, made me feel like I could do something in a fresh area.”

The ability to deliver quality goods quickly and efficiently is another critical factor, he adds. “I see a niche for an honest manufacturing company that can do production for America well — one that is reminiscent of the country’s craftsman manufacturing heritage, understands the depth of the standards and taste of America’s palate, and does so with shorter lead times than importing allows,” he says. “It is this that, at its heart, Tekton Hospitality was created to be.”

Savedra is not the only executive who’s found a competitive advantage in San Bernardino County, which has 2.1 million people spread out over 20,160 square miles — the biggest county in land area in the nation. Stephen Monteros, vice president of operations for Sigmanet, one of the largest information technology consulting and manufacturing companies in California, says that being based in Ontario provides his firm with “a good business environment” and “a good place to grow.” 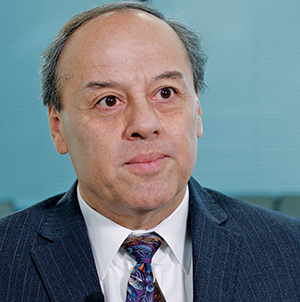 “The idea of doing business in San Bernardino County made me feel like I could do something in a fresh area.”
— Henry Savedra Jr., Founder and CEO of Tekton Hospitality

Although Sigmanet was founded in 1986 about 25 miles to the west in Los Angeles County, “the City of Ontario made us a very attractive deal to move here 10 years ago,” says Monteros. “We started in LA County and outgrew that facility. We needed a larger building. We found a really nice place in Ontario. The city offered us a revenue share for the buildout. Our intent is to stay there and grow and build out our building, which has 95,000 square feet of space.”

The firm grew from 250 employees last year to approximately 280 today. “We expect to keep growing. We have enough space to grow; it just needs to be built out,” he adds.

Many factors make San Bernardino County a good home for Sigmanet, says Monteros. “The cost of living is lower here. When we are recruiting employees, they can buy more house here than they can in other regions like Orange County. Secondly, we have a lot of universities that turn out very good graduates for us. We can draw talent from UC-Riverside, Cal-Poly Pomona, UC-San Bernardino, San Bernardino Valley College, University of La Verne and other schools in the area.”

He adds that “the workforce has gotten markedly better in the last few years. The schools are starting to turn out even more qualified graduates, and it is getting increasingly better.”

Where the Dollar Goes Farther

Economists who study Southern California are not surprised by these results.

“San Bernardino County measures up tremendously well,” says Christopher Gopal, senior fellow at the Drucker School of Management and executive director of the Drucker School Center for Supply Chain & Logistics. “It is one of the biggest and most burgeoning areas for supply chain logistics. When you talk about the location of people, you have low housing prices and an abundance of recreation there. The transportation infrastructure includes three major freeways: I-10, I-5 and I-40. There are rail spurs for BNSF and Southern Pacific.”

Factors like these have drawn Target, Amazon, Walmart, UPS and FedEx to make large facility investments in the county in recent years.

“San Bernardino County is very business-friendly,” says Gopal, who holds a Ph.D. from the University of Southern California. “Companies like these look for proximity to markets and transportation and fulfillment infrastructure. They look at the availability of labor. The university system and the other educational systems around it are critical. They look at corporate taxes, relocation costs for people, the cost of homes, the cost of living.”

On each of these criteria, San Bernardino passes the test, Gopal notes. It has a labor force of nearly 900,000 workers. It also offers plenty of options.

“Logically, it makes sense to go east and north,” he adds. “You can go north into the High Desert region of the county. Land is much cheaper up there. You can go east quite a way to the Nevada border.” 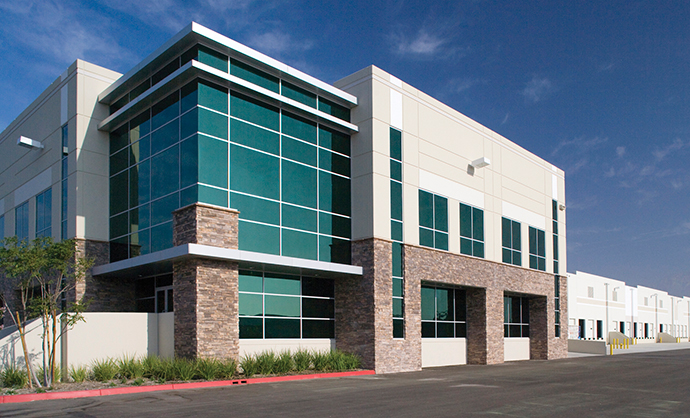 More bang for your buck is the calling card of San Bernardino County, says Gopal. “That is the beauty of this area.”

David Hemmings, president of PRA Global, an international business development company based in Grand Rapids, Mich., agrees. “There are significant benefits to being located out there. In the High Desert area, the cost of living is dramatically lower,” he says. “People can afford a nicer home. You can live closer to where you work. That is going to drive growth in San Bernardino County.”

The county recently hired Hemmings and his firm to assist the county with building its international business base. Hemmings says he sees plenty of global business potential in the region.

“Aerospace has to be a significant part of San Bernardino’s future,” says Hemmings, a former Royal Air Force officer and pilot who was raised in the Far East. “Korea, China, Hong Kong, Britain, France, Switzerland and Japan all have operations in the county already in a wide range of businesses. We can leverage off that and grow the base.”

Hemmings notes that “there is a massive shortage of paint and finishing work in the aerospace sector in the region. The question is, can we attract an advanced finishing company to the area? We are looking throughout the county to assess operational advantages.”

The county has success stories that it can leverage, Hemmings adds. “EGR Group of Australia makes plastic attachment parts for off-road vehicles. They have been very successful. They will grow from 98 to 135 employees by the end of this year,” he says. “They have a desire to have more complete access to surface finishing. California Steel Industries is another success story. They just completed a $140-million investment to fund another production line for rolled tube at their plant in Fontana.”

The region is poised for additional growth because “California has quite a good track record at being exceedingly innovative,” says Hemmings. “Nowhere else in the world could Steve Jobs be successful the second time around.” 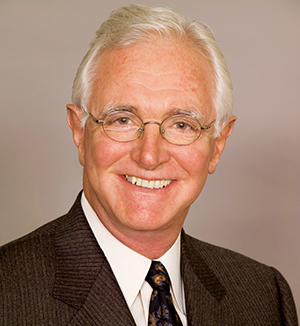 “In the High Desert area, the cost of living is dramatically lower. People can afford a nicer home. You can live closer to where you work.”
— David Hemmings, President of PRA Global

The sky’s the limit for San Bernardino, he adds. “They’ve got plenty of real estate, plenty of water under the ground. There is competition between up the hill and down the hill.”

Hemmings remains bullish on the county. “These are very long-term strategic plays,” he says. “This will require a 15-year strategic plan to position the county to be a leader in global commerce, and the Countywide Vision is just the plan to do it.”

This Investment Profile was prepared under the auspices of San Bernardino County government. For more information, contact the county Economic Development Agency at 909-387-9801. On the Web, go to www.sbcountyadvantage.com.