In Case You Missed It

A round-up of what’s on the minds of the four governors in this key region. 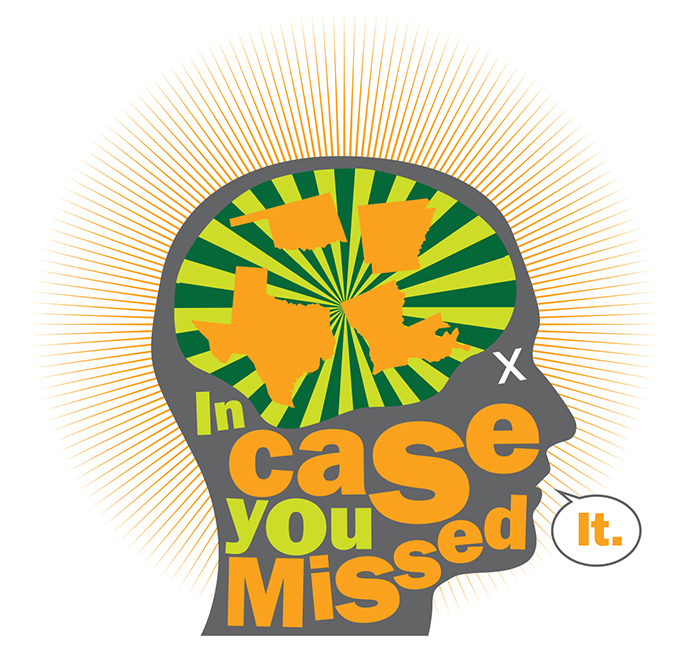 Considering a South Central location for your next new project or expansion? The governors of Oklahoma, Texas, Arkansas and Louisiana were fairly specific about why that is — or isn’t — a good idea, when they addressed their business climates in their State of the State or similar remarks in recent weeks. Those communications are meant to articulate the governors’ legislative agenda, or at least their priorities, and to remind legislators where they stand on matters already in deliberations.

Following are excerpts of recent remarks that make their case to existing and potential investors for building a business in their corner of the South Central US.

We are cultivating an environment of economic growth, and the world is taking notice. I’ve touted our economic success in California’s Silicon Valley, Nevada and New York. My international travels to China, Japan, France, Germany and Cuba have also given me opportunities to emphasize that Arkansas is open for business.

Everywhere I go, I market our state. Why? Because we have a story to tell. And that story includes seven small homegrown businesses that have grown into seven Fortune 500 companies.

We have some of the brightest minds here in Arkansas, and we have the tools to provide industry with opportunities to do great things. As a business owner, you don’t have to live in New York, California, or Texas to see your business grow. Our state stands ready and able to compete in a rapidly evolving, high-tech worldwide economy. But we need to continue growing our existing businesses, creating new businesses and enticing businesses to locate and expand here. That’s where “Arkansas Inc.” comes in.

“Arkansas Inc.” is a succinct way for us to communicate that Arkansas is in the business of growing business. When it comes down to it, businesses must be lean, fast and focused. In Arkansas, we recognize the needs of industry and can respond quickly and decisively.

We are sending a message to high level executives and site consultants that Arkansas is and continues to be a great place to do business.

The last time I stood here, I said that I hoped, and expected, to be back in this chamber so that we could work together to fix our state’s problems in a lasting and bipartisan way — a way that is worthy of the people of Louisiana. Well, here we are — together in this chamber with a common mission and critical purpose. We have a $940 million budget deficit that must be corrected by June 30th. And next year, we are facing a $2 billion budget deficit. It’s time for fiscal responsibility in this state. No more smoke and no more mirrors.

My plan includes significant spending cuts to the tune of more than $160 million, in addition to a hiring freeze across state government and a reduction in state contracts. I also propose to use $128 million from the rainy day fund and $200 million in non-coastal BP payments to the state to reduce the current year deficit. My proposals include further reducing tax credits, suspending corporate tax deductions, and adding one penny of sales tax to our state’s four-cent sales tax. I am proposing this penny as a bridge that will give us time to stabilize and restructure our state’s tax code. When that restructuring is complete, this penny sales tax will be removed.

“This session, there are huge challenges before us. Our oil and natural gas sector has been damaged in market warfare on multiple fronts. Domestic energy producers are hurting, and when they hurt, Oklahoma hurts, too. I’m reminded of five years ago, when I gave my first State of the State address. We faced a number of difficult circumstances then as we started climbing out of a national recession. We worked hard to forge a more prosperous state.

Just two years ago, we had the fourth-fastest-growing economy in the nation. Our savings account, the Rainy Day Fund, had grown to $535 million — quite an improvement over the $2.03 that was left remaining in the fund when I took office in 2011.

Now, just as then, we’re seeing some jobs disappearing in the wake of an economic crisis that is largely out of our control. We’ve seen a 70 percent drop in oil prices in less than two years, which has a tremendous impact on our revenue. There is an excess supply of oil and natural gas in the marketplace, and instability in worldwide markets doesn’t help. It’s a tough world out there. And it’s easy to get discouraged or become timid.

Many of us have heard the old saying, “Never let a crisis go to waste.” We can use our budget crisis to create new opportunities to build a solid foundation for Oklahoma. We can do it. First, we must start with the budget. The oil price collapse and decades-old structural problems with the budget have caused almost a billion dollar budget hole. How we respond will define our future more than anything else. We have tough decisions ahead, folks. We need to roll up our sleeves and do the hard work. But, if we work together, we can overcome this. We can do it.”

Texas Gov. Greg Abbott, the 2016 Report to the People of Texas:

Because of the robust strength, resilience and diversity of the Texas economy — the 12th largest in the world — jobs are growing and employment is holding steady, according to the Federal Reserve Bank of Dallas, despite losses in the energy sector driven by the drop in oil prices. In fact, manufacturing accelerated in the last quarter of 2015.