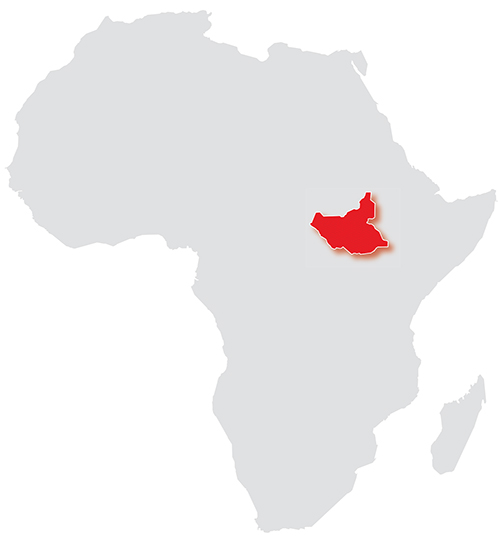 In 2013, two years after South Sudan’s independence, Vice President and opposition leader Riek Machar was ousted by President Salva Kiir. Machar’s removal fueled a civil war that has led to thousands of deaths and unspeakable atrocities. In an attempt to restore peace, Kiir recently issued a decree bringing back Machar as First Vice President and moving his current deputy, James Wani Igga, to Second Vice President. This has been accepted and a renewed albeit still evolving power sharing arrangement among rivals is said to be imminent.

As the world watches South Sudan swing from abhorrent tragedy to progress and back again, efforts to form a secure, economically viable country trudge on. Parties are hopeful this latest act of reconciliation will provide a measure of stability so these efforts can take hold.

South Sudan is a country rich in oil, metals, teak and agricultural products but with scant production capacity or infrastructure to capitalize upon them. In the long-term, potential exists for considerable trade and business investment. But South Sudan remains consumed with internal conflict and indiscriminate brutality. Addressing this crisis is the first step to creating conditions for economic development. Future opportunities will emerge. Right now, the risks are just too high.

For decades, the people of pre-independent southern Sudan suffered through war, genocide, famine, forced exile and atrocities almost too extreme for the Western world to comprehend. This is the only reality known to many generations.

On July 9, 2011, the light finally shone through. That day, a population of more than 10 million rejoiced as South Sudan became the world’s newest country. With 99 percent of the voting population supporting secession from Sudan, democracy had prevailed.

The work of nation building commenced almost immediately. The breadth and depth of the undertaking boggles the mind. The world’s newest country had no formal governmental structure, limited rule of law and no budget, let alone reliable revenue, sufficient public services or means to deliver them. In just five short years, much of this foundation has been put into place. What remains to be done is enormous, but this shouldn’t mask the progress already made.

South Sudanese see their country’s economic potential. Many outside the country share this view. Yet all acknowledge the many hurdles in front of each opportunity.

South Sudan is oil-rich. But many of its deposits are along the contentious South Sudan-Sudan border. South Sudan depends upon Sudan for oil pipelines, refineries and port facilities. Because of a dispute over transshipment fees, oil flow was shut down in 2013, thereby blocking the young country’s primary revenue source. Production subsequently resumed, albeit at a lower level. Today, depressed oil prices are taking their toll on the world’s most oil-dependent nation.

Nation building is not for the faint of heart. It is a long, strenuous journey over the roughest of terrain. South Sudan has potential to prevail with assistance from many corners.

Asian companies dominate the oil sector in South Sudan and Sudan, especially those from China, India and Malaysia. In 2014, Exxon canceled its South Sudan oil exploration plans in partnership with Total, a French firm. US oil companies currently may be challenged to invest in the new country, given South Sudan’s profit sharing deal with Sudan, which is considered by the US Government to be a state sponsor of terrorism. Conditions can quickly change if South Sudan reaches agreement to transport and process its oil outside Sudan.

South Sudan has an abundance of fertile land ripe for agriculture but very little cultivation. Marketable fruits, vegetables and grains grow wild and are left to spoil. Indigenous products like honey and coffee hold promise for export, but available processes and financial resources are lacking. Limited production and transportation capabilities have stifled the agriculture industry and created a dependence on food imports. Capacity and transport issues also prevent sufficient development of the country’s wood industry, where sought-after products like teak go unharvested or are used for firewood. To boost local food production, industrial agriculture has become a foreign investment target of the South Sudan Government.

Support from the construction industry is in high demand. As one of the world’s least developed countries, roads, drinking water systems, power generation and telecommunications are among South Sudan’s needs, as are the equipment and expertise to develop them.

Ethnic cleansing, human rights abuses and other atrocities are being reported with alarming frequency, some including peacekeepers complicit in the crimes themselves. Addressing all else seems insignificant by comparison.

Important efforts to move the country forward economically are stalling until conditions on the ground dramatically improve. Foreign-owned firms are not immune. Recently, rebel forces fighting government troops urged Chinese oil companies to shut down and evacuate their employees.

Examining South Sudan through the Western site-selector lens is an exercise in futility. The vast majority of the country’s potential workforce lacks formal education and work experience. English is the official language, but only 27 percent of those age 15 and above are literate. South Sudan is landlocked and must rely on its neighboring countries for the shipment of goods. There are few paved roads and only sporadic electricity. In 2016, the World Bank ranked South Sudan 187th out of 189 countries in ease of doing business.

Nation building is not for the faint of heart. It is a long, strenuous journey over the roughest of terrain. South Sudan has potential to prevail with assistance from many corners. Efforts from within and beyond South Sudan’s borders are in play to tackle the country’s challenges. It is slow going. Government institutions continue to evolve as does their capacity to formulate policies and implement programs. Nearby countries under the Intergovernmental Authority on Development are mediating between Sudan and South Sudan and aiding efforts to tamp down conflict within the country itself.

Efforts from within and beyond South Sudan’s borders are in play to tackle the country’s challenges. It is slow going. Government institutions continue to evolve as does their capacity to formulate policies and implement programs.

Neighboring Kenya is planning a huge transportation and infrastructure project to improve linkages among itself, South Sudan and Ethiopia. This involves port, rail and highway development, all of which would aid South Sudan trade. It also includes development of an oil pipeline that may allow South Sudan to pivot away from Sudan and export oil through Kenya, thus opening doors to US investment. Feasibility studies for this ambitious effort are underway, but progress is slow due to security concerns.

The US Agency for International Development is working with Citibank on ways to attract targeted private capital, including that in industrial agriculture. The University of Juba, the country’s oldest and largest, moved from Sudan back to South Sudan after the announced independence. The university is currently working to expand its offerings, and recently entered into an agreement with Indiana University to improve women’s access to education. This project is on hold while safety issues are addressed.

In March 2016, South Sudan was admitted into the East African Community, a regional economic bloc of five African countries. Entrance into the EAC brings with it the prospect of enhanced market access and trade, collaborative transportation and infrastructure development, joint foreign direct investment facilitation and other advantages. Over time, this could be a major boost for economic development in the country.

South Sudan is making economic strides that should not go unnoticed. Some fear the country may be backsliding into the same horrible conditions that pre-date its independence. When and how South Sudan will gain traction is not yet known.

Going Back to the Basics 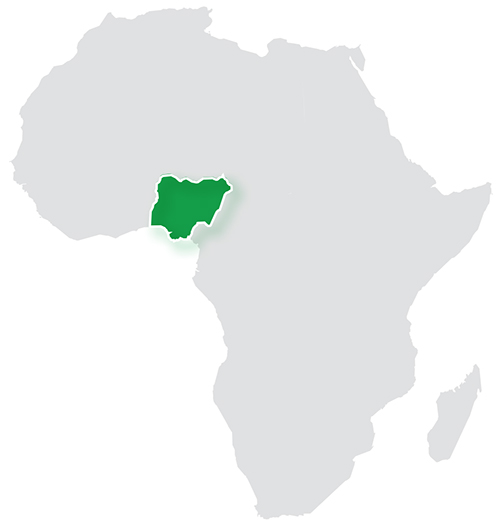 Nigeria is a contradiction. Some view the country as politically fragile with no guarantee for investment stability. Others take a more optimistic view, seeing it as a honey pot of investment opportunity. The environment may look thorny, but the potential economic harvest outweighs the fear. The truth, as always, lies somewhere in between, and it’s essential to consider both perspectives when making an informed investment decision.

Political stability is one of the nation’s most positive factors. Despite some security challenges, especially in the northeastern part of the country, Nigeria can boast of 17 unbroken years of democracy. May 29, 2016, marks one year in office for Muhammadu Buhari of the All Progressive Congress (APC) party. His task is to overcome the rampant corruption, both real and perceived, within Nigeria’s institutions.

This is a crucial moment for Buhari. He must stir up a directionless Nigeria to become a focused economy where citizens live in peace and plenty, handing over to successive generations “a banner without stain,” especially the stain of high-level corruption, which had become a way of life among some politicians, civil servants and institutions.

The administration’s “beyond-the-oil” economic revamping policies are directed at agriculture, solid minerals, power and infrastructure are basics for re-engineering the real sector — the chief cornerstone for employment and wealth generation.

In the past, anything and everything went with impunity. Cronyism ruled the day as a relative few people out of a population of over 170 million took the best of the Commonwealth, to the detriment of the larger society.

Buhari’s steps to eliminate corrupt practices in all aspects of national life are the right moves at the right time. So is the move to diversify the nation’s economy.

Oil is no longer viewed as the king of the hill. The administration’s “beyond-the-oil” economic revamping policies directed at agriculture, solid minerals, power and infrastructure are basics for re-engineering the real sector — the chief cornerstone for employment and wealth generation. And by reinvigorating diplomatic relations, Buhari is taking steps tailored to make Nigeria the investment destination of preference, thus attracting foreign direct investment (FDI) with its attendant economic outcomes.

These actions are laudable and beneficial if rigorously pursued, but they are hard roads to travel. The president has warned that there will be fiscal housekeeping with the recently approved budget, a move that entails probity and accountability.

Such measures can be unpalatable to a people accustomed to shortcuts and manipulation. But there is light at the end of the tunnel for those who are willing to take the hard road. It’s hoped that the present administration, more than ever before, will clamor and implore all Nigerians for understanding and cooperation as we go back to the basics. 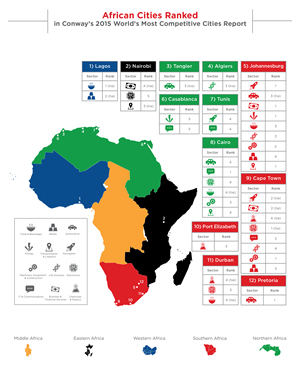 2015 was a rough year for much of Africa. The continent was wracked by war and instability. The collapse in commodities devastated economies, and foreign direct investment into much of Africa plummeted.

Was this a temporary stumble? Time will tell. There remains much cause for optimism, particularly in places like Morocco, Ghana and South Africa, to name a few. But governments across the continent must do better at creating stable and secure investment climates, and adapt more quickly to changing markets. Here’s a look back at a challenging year, by the numbers.

Click on the image to see the pdf report with graphs and statistics.