Ready for Its Close-up

Delegates on a tour of Arizona’s innovation attributes were more than a little impressed with the state’s universities and their economic development acumen. 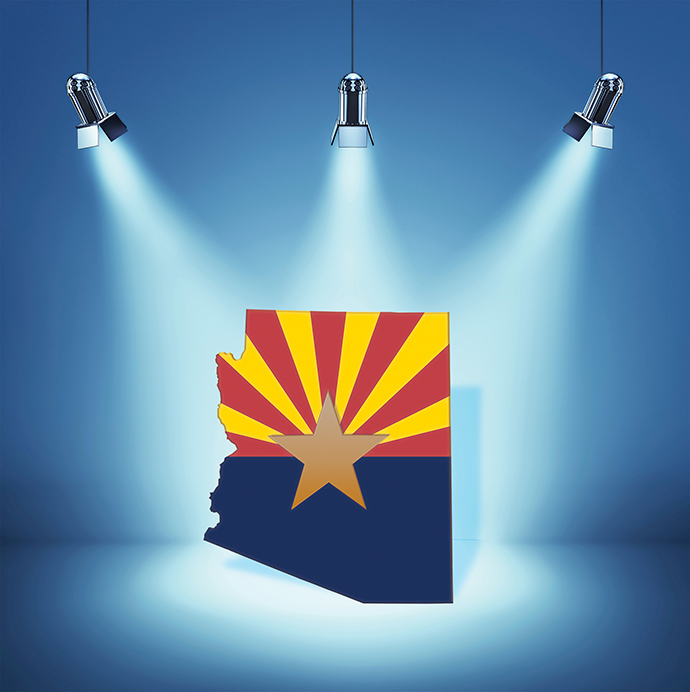 Rarely does a state or region get to showcase its innovation assets to such an august audience. But it was Arizona’s turn in April (and part of southern California’s) to host the 5th Americas Competitiveness Exchange (ACE) on Innovation and Entrepreneurship. Georgia and the Carolinas hosted the first, in 2014, and Minnesota, Wisconsin and Illinois hosted an ACE tour in 2015. The tours are organized by the Inter-American Competitiveness Network, the US Department of Commerce, the Organization of American States and other entities.

About 50 delegates mainly from North America, Latin America and the Caribbean convened in Phoenix April 10th to begin the week-long tour (following a visit to the Grand Canyon). The nations of South Korea, Cyprus, Kazakhstan, Estonia and Georgia also were represented. Stops included the University of Arizona (UA) Medical School, the Arizona State University Biodesign Institute in Tempe, the ASU Polytechnic Campus in Mesa, Biosphere 2 in Oracle, the University of Arizona in Tucson, the Raytheon Missile Systems Facility and UA’s Yuma Center of Excellence for Desert Agriculture.

Besides university officials, presenters to the delegates included state and local political leaders and senior executives at such organizations as BioAccel, a biotech businesses accelerator; the Translational Genomics Research Institute in Scottsdale; the US Patent and Trademark Office; the Salt River Project; private research entities; and economic developers including the Arizona Commerce Authority (ACA).

“The ACA determined that Arizona’s strengths and innovative work in the areas of water resource management, bio and life sciences, emerging technologies, aerospace & defense, advanced manufacturing and agriculture production were ideal to highlight,” says Sandra Watson, ACA’s president and CEO. “In order to create a holistic experience, the ACA worked with local partners to arrange both speakers and site visits that would demonstrate Arizona’s leadership in these areas.” 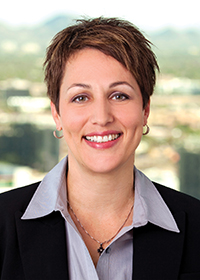 Tour participants learned volumes about Arizona’s innovation resources around the state and had plenty of material to digest once they returned to their offices in Argentina, Mexico, Bolivia, Canada and nearly 20 other countries. What impressed them the most?

“The attendees expressed a great deal of interest in developing research partnerships with Arizona businesses and universities, working with Arizona businesses to expand internationally and developing student exchange programs with Arizona universities to both promote research and enhance Arizona’s global visibility,” Watson tells Site Selection. “In particular, the attendees were all extremely impressed with the Biosphere in Tucson. Many expressed an interest in sending graduate students to learn from the incredibly advanced research taking place there.”

Site Selection managed to catch up with some ACE tour participants near the end of their moveable feast — they were in southern California when three of the visitors shared their impressions of Arizona.

“This has been very helpful to me in my work,” says Liliana Cedillo Díaz, general director of the Competitiveness and Innovation Center, State of Aguascalientes, Mexico. “We are spending the time talking about new ideas and policies to implement in our countries. I was very impressed with the universities in Arizona. In my state, we have the obligation to contribute to economic development, not just with educational programs and research but to develop human talent.” The Arizona universities are very effective in this regard, she relates. Universities in Aquascalientes are providing similar resources, but “not to the extent we are seeing here.”

Marli Elizabeth Ritter dos Santos is director of the Technology Transfer Office at the Pontifical Catholic University of Rio Grande do Sul, Brazil. “I’m learning a lot about Arizona — especially what is being done with water even though there is a scarcity of it. Water [conservation] is not something we think a lot about in Brazil, but I am very impressed with the technology being used and the intelligence that is being applied to this topic. And I am very impressed with the high-level research we learned about at the two universities. This has been a very enlightening experience.”

Esther M. Thomas is Permanent Secretary of the Ministry of Commerce, Enterprise and Small Business Development in the Caribbean nation of Dominica. “The most unique thing for me is the whole concept of innovation, entrepreneurship and the linkages with Arizona State University and the University of Arizona involving research to bring solutions to economic development. I find that very fascinating, particularly their links with the private sector — most importantly a vision that everyone has, from the mayor to the university administration to the students. It is an inclusive and collaborative approach. The sophistication with which they do this in Arizona is being translated into real-life solutions.”

Hosting such a tour at locations across the state is a golden opportunity that will pay business development dividends to the participants and hosts well into the future.

“The ACA intends to pursue several opportunities for collaboration with the attendees and their respective organizations, leveraging their new knowledge of Arizona’s assets into research and development partnerships as well as trade and economic development opportunities,” says Watson. “The overwhelmingly positive feedback on Arizona’s best practices in the areas of economic development as well as building and sustaining an entrepreneurial ecosystem were a testament to the great work being done in our state. Additionally, the excitement to further new relationships and increase cross-border trade and collaboration with Arizona is an indicator of many positive things to come.”