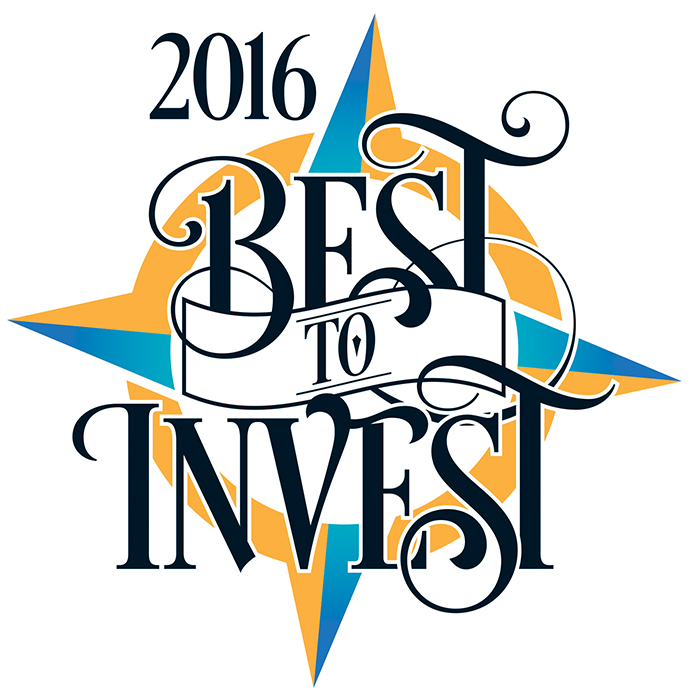 In a world seemingly consumed with perpetual crises, the good stuff often gets overlooked. Positive economic news is swept away in a tide of anxiety about the future. Are robots coming to take our jobs? Will a nationalist frenzy usher in a Brexit and fracture the EU? Is China heading for a hard landing that will devastate us all?

Well, except for the robots. That’s definitely happening.

In the middle of all the hand-wringing prognostications of impending doom, let us pause for a moment or two to reflect on the good, on the economic successes around the world and the countries achieving them.

On the following pages, Site Selection magazine salutes the best countries for business in each region of the world, and the Top Investment Promotion Agencies serving the people of those countries. (The US and Canada are excluded, and addressed in separately published rankings.) 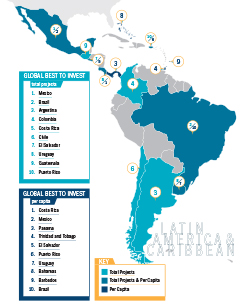 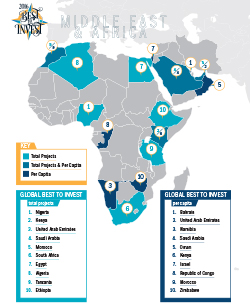 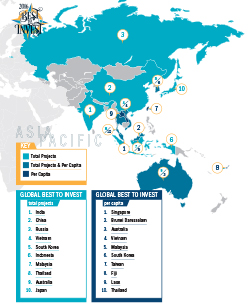 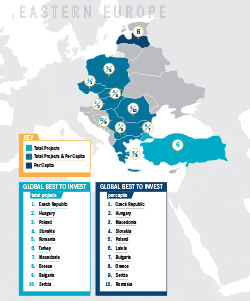 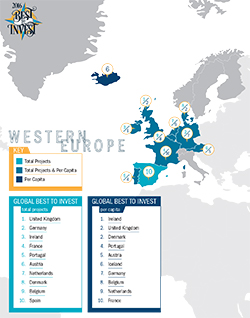 Most Projects by Country

The eighth annual Global Best to Invest Awards are based in part on capital investment into facilities in each country, (total projects and per capita projects), as compiled by the Conway Projects Database. Qualifying projects are corporate investments that contribute to the well-being of the areas in which they are made by meeting at least one of the following three criteria:

The following five data sets are also used to compile these proprietary rankings:

By almost any measure 2015 was a banner year for corporate expansion and foreign direct investment. According to UNCTAD’s Global Investment Trends Monitor, global FDI flows jumped a whopping 36 percent in 2015, to 1.7 trillion US dollars.

That’s the second highest figure in history — and the highest since the 2008 global financial crisis. The US remains far and away the largest source of FDI in the world.

But the good news does come with some caveats. Last year’s surge in global FDI disproportionately benefited developed countries, who saw a 90-percent jump over 2014 levels. The rich do get richer.

FDI into the United States quadrupled, admittedly from an historically low level in 2014. FDI into developed countries accounted for 55 percent of the total in 2015.

Much of this has come in the form of cross-border mergers and acquisitions (M&A), with only a limited contribution from greenfield investment projects. And M&A projects, while representing large transfers of capital, often result in few positive benefits to the existing workforce, especially if the acquiring company consolidates operations. Worse, last year’s rate of global M&A, which propped up FDI figures dramatically, is almost certainly unsustainable, meaning this report may look far different next year.

On the plus side, according to the UNCTAD report, developing economies saw FDI inflows reach a record US$741 billion, an increase of 5 percent over 2014, and developing Asia attracted the largest percentage of FDI in the world. That’s the good news.

By almost any measure 2015 was a banner year for corporate expansion and foreign direct investment.

The bad? Africa, Latin America and the Caribbean saw big drops, with commodities exports dragging down entire economies. Projections say 2016 will be even worse, not just in the aforementioned regions, but globally.

The UNCTAD report included this dire warning: “Barring another wave of M&A deals and corporate reconfigurations, FDI flows are expected to decline in 2016, reflecting the fragility of the global economy, volatility of global financial markets, weak aggregate demand and a significant deceleration in some large emerging market economies.”

So while it is only prudent to look with great interest, and perhaps a little allowable anxiety, at global economic flows in the coming months, today Site Selection’s rankings focus on the good, on the many successes from a very successful year in global expansion. No amount of anxiety about tomorrow can obscure the positive successes we celebrate in this issue. We congratulate the countries that made the top 10 in each region, the companies whose growth made these successes possible, and the men and women and their families in each nation who directly benefit from all this economic activity.