Forget what you know about commercial sprawl in the Atlanta area. It’s a whole new ballgame along the South Fulton Parkway. 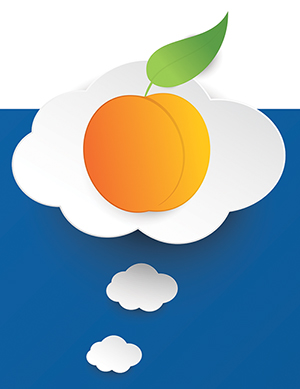 Now that the Atlanta Aerotropolis Alliance is gaining traction, the Georgia Aerotropolis Corridor won’t be far behind, in all likelihood. Our Airport Cities feature in the March 2016 issue explains why Atlanta’s efforts to market the region anchored by Hartsfield-Jackson Atlanta International Airport — the world’s busiest by passenger volume — as a destination for corporate capital investment are bearing fruit. The plum project, of course, is the new headquarters and Experience Center for Porsche Cars North America on a site adjacent to the airport. Ground just broke in April on a 214-room Solís Hotel at the site, which is the first hotel to be built on the east side of the airport since Terminal F, the new international terminal, opened in May 2012.

The Georgia Aerotropolis Corridor — you’ll also hear “River to Sky Corridor” — is anchored on the east side by Hartsfield-Jackson and on the west side by the Foxhall Resort & Sporting Club on the Douglas County side of the Chattahoochee River. Westin Hotels is planning a hospitality and conference complex with 450 guest rooms at Foxhall, which besides hosting sporting events is already a popular location for corporate events, weddings and other functions. Connecting the two is the South Fulton Parkway, a 25-mile highway that is the backbone of what area planners predict will be greater Atlanta’s next major development zone. How major? Perhaps $100 billion worth over the next generation, by one estimate. Is a location on Atlanta’s southwest side, particularly within the 45,000 acres (18,225 hectares) abutting the Parkway, even up for consideration if Georgia’s capital region is in contention for your next project?

Plenty of parties hope so, including the South Fulton Parkway Alliance (leading efforts to develop the Corridor sustainably — with lots of preservation space), mayors, chambers of commerce, developers, municipal agencies and others. “We’re working with the state legislature and some key people to be involved with some of the right-of-ways and other things so we can plan for the future in such a way that we don’t end up with another gridlocked area,” says Nick Byers, president of the South Fulton Parkway Alliance. “It’s development with conservation and preservation in mind.”

The lion’s share of capital investment over the past generation has been north of Atlanta, chiefly along Georgia 400, but throughout north Fulton and adjacent counties. South Fulton was for the smattering of facilities that needed to be near the airport. Those did not include — until Porsche Cars North America came along — the global brands that occupy the gleaming office complexes along 400. They do include a 1.2 million-sq.-ft. (111,480-sq.-m.) Walmart fulfillment center that opened in 2015 in Majestic Airport Center IV, a Majestic Realty industrial park on South Fulton Parkway in Union City, just a few miles from the airport. Caterpillar, Procter & Gamble, Hitachi and Kellogg USA are among other Majestic tenants in the area.

Connecting the Foxhall Resort & Sporting Club and the Hartsfield-Jackson Atlanta International Airport is the South Fulton Parkway, a 25-mile highway that is the backbone of what area planners predict will be Greater Atlanta’s next major development zone.

A Coca-Cola distribution center and Chick-fil-A’s headquarters are beneficiaries of a recent road-widening project in the area. The latter is a long-time corporate presence in the Corridor, with a decades-long history of food service to a former Ford auto plant, the airport and Delta Airlines. Today, the fast food restaurant chain is headquartered on an 80-acre (32-hectare) site in College Park, in the same vicinity. It includes an R&D lab known appropriately as The Hatch.

“We’ve never thought twice about being anywhere else,” says Vance Burgess, Chick-fil-A’s senior director, real estate legal, citing proximity to the airport as the enduring basis for its location. “We continue to invest in this part of Atlanta, and it’s good to see some new attention being given to the area as the Aerotropolis takes hold. We support the goals of lifting the area up, of making it a vibrant community. Our interest is in seeing the area grow and in being good neighbors.”

Yes, the South Side

It may be time for perceptions of the South Fulton region to catch up with reality.

“The area has really changed,” says Burgess, not to mention the huge time savings associated with airport proximity. “Woodward Academy is here, the area is a lot more affordable than other Atlanta options and the infrastructure is great.”

“We’ve never thought twice about being anywhere else. We continue to invest in this part of Atlanta, and it’s good to see some new attention being given to the area as the Aerotropolis takes hold. We support the goals of lifting the area up, of making it a vibrant community.”
— Vance Burgess, Senior Director, Chick-fil-A

You’re not on the Parkway heading west from the airport for long before Atlanta vanishes in the rear-view mirror and you’re in a very rural part of South Fulton County. In the heart of the corridor are residential, educational and recreational assets that are increasingly appealing to people tired of the traditional subdivision developments of suburban Atlanta. Steve Nygren’s Serenbe development in Chattahoochee Hills, for example, is an eclectic mix of craftsman houses and artist bungalows — complete with visiting artists, a farm, and other assets that together form an ecosystem that is a model for sustainable community development and the only development of its kind in Georgia. A new charter school has been built around a working farm, giving students an educational experience they won’t find elsewhere.

The key is to bring corporate investment to the Corridor that will complement the area’s vibe, adding the work component of the live-work-play model.

“We’ve got a lot of ways for executives to live, whether it’s in a golf community in Peachtree City or at Serenbe in Chattahoochee Hills or other locations,” says Byers.

“Companies are looking at us now,” adds Chattahoochee Hills Mayor Tom Reed. “They are building campuses now where people are. They want their people to go home for lunch, to be more integrated with the community. And they love the idea of having a working farm on one edge, and some trails for running. That fits in perfectly with what we’re doing.” 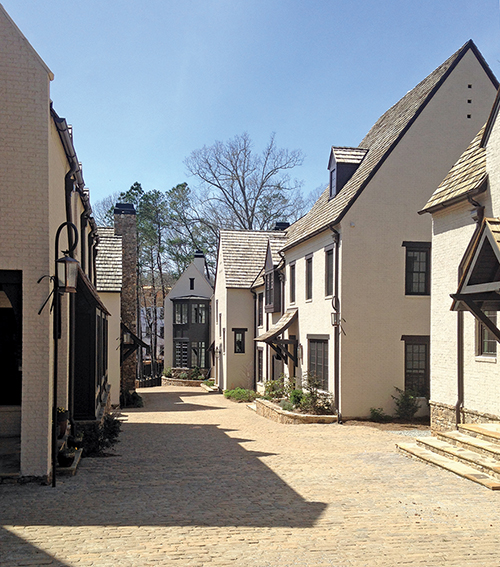 A residential lane in the new Serenbe development is inspired by European villages.
Photo by Mark Arend

Which is “thoughtful development,” says Reed, “something that not necessarily everyone is going to get. If you just want to build another distribution warehouse, Chat Hills is probably not the right place for you. But if you want a corporate campus or movie studio, it’s the right place for that. Some of our large landowners are advocates for that kind of development, and it’s fed into this narrative that we have. Foxhall is very excited by this development style we’re looking at doing. The hope is to have that continue to infect the entire Parkway so that we have this one place in Atlanta with a more attractive development style.”

As for the broader appeal of the Parkway Corridor in the context of greater Atlanta, Reed sees a busy future for his town and adjacent ones, provided the zoning and planning stay true to the spirit of what will keep the region unique.

“The narrative in Atlanta and other towns is that the south side is the wrong side of town, and it’s hard sometimes to get people from Buckhead to look at it differently,” he explains. “But someone coming from Germany or China, wanting to be close to the airport and where they can do something really interesting development-wise that’s sustainable and is in a setting that screams sustainability — those are the people that will be interested. The airport and Aerotropolis are what will drive that for us. There are people that need to be five minutes away from the airport — I get it. And some want to be half-hour away, and we’re perfect for them.”