Office and Retail Blend to Create the Bleisure Effect 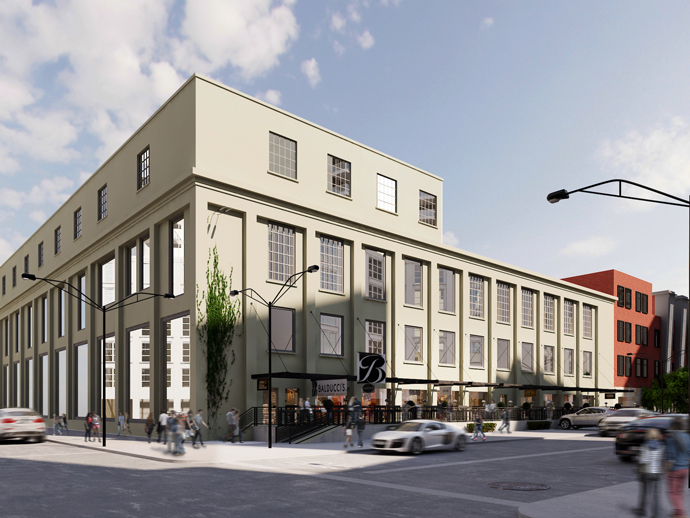 The KABR Group and Kushner Companies in February purchased Warren at Bay — located near a PATH transit station in the Powerhouse Arts District of Jersey City, New Jersey — with plans to appeal to "TAMI" tenants: technology, advertising, media and IT.
Photo courtesy of The KABR Group
by ADAM BRUNS

“In many ways, CRE leaders are now required to deliver office portfolios that attract and engage employees in much the same way that sophisticated retailers are designing experience-based environments, harmonized with the digital experience, to attract and engage consumers.”

If the age of mixed use, entertainment districts and millennial playpens means anything, it demonstrates the interwoven nature of value when it comes to the once-discrete markets of office and retail.

Snapshots of data and projects offer a guide to that interdependence.

A Cushman & Wakefield research report, “2016: The Year of the Consumer,” released in early April 2016, ties the drop in oil prices to a rise in US real (inflation-adjusted) retail sales of 4.8 percent in 2015, the fastest pace since 1999. Even with e-commerce on the rise, “vacancy in the nation’s premier trophy shopping centers is extremely low and expected to remain so,” said the report. Overall, says C&W, the retail picture is rosy.

CBRE’s US retail market report for the third quarter of 2015 showed a national retail space availability rate nearly as low as a decade ago. “Even with its pace moderating in H2 2015, the investment market is heading toward a $75 billion to $80 billion total for 2015, which would set a new record high,” said CBRE.

The convergence of districts, spaces and lifestyles continues in cities around the globe.

Victory Park, a 75-acre (30-hectare) neighborhood in downtown Dallas that just added a new movie theater and is seeing the rise of a new 23-story office building from Hines and Cousins Properties, is just like the people it’s trying to attract: It only wants to have it all. Here’s what surrounds it: the Design District, the Arts District, distinctive Margaret Hunt Hill Bridge, American Airlines Center (home of the Dallas Mavericks and Dallas Stars), the Perot Museum of Nature & Science, DART Light Rail and The Katy Trail, a 3.5-mile jogging and bicycle path. The area already includes more than 165,000 sq. ft. (15,330 sq. m.) of retail, restaurant and entertainment space; 621,000 sq. ft. (15,330 sq. m.) of Class-A office space; the 252-room W Dallas – Victory Hotel; and more than 1,700 residential units.

The KABR Group and Kushner Companies announced in February the purchase of Warren at Bay, located in the Powerhouse Arts District of Jersey City, just blocks from the waterfront and the Grove Street PATH transit station. The property will cater to tech, advertising, media and information technology (TAMI) tenants. “We are thrilled with the reaction from tenants looking for a very special retail and office that goes beyond cookie-cutter space and is so close to the many destinations desired by today’s discerning consumer,” said Adam Altman, managing member of The KABR Group. 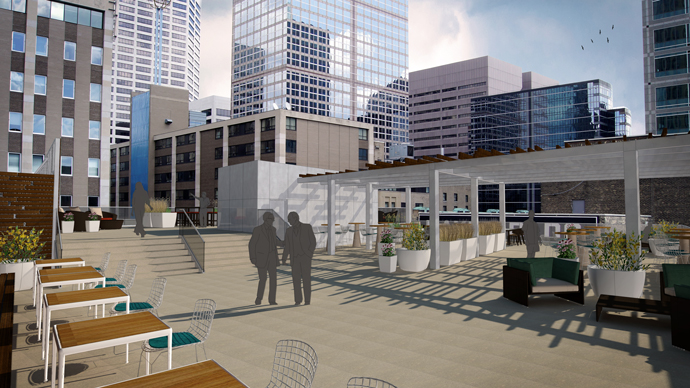 Transwestern in March announced a "reinvention" of the historic Baker Center, a four-building office and retail property in the Minneapolis central business district.
Rendering courtesy of Transwestern

FROM TOYS TO FURNITURE AND GOLF: Here’s Who’s Buying All Those Vacant Toys R Us Stores (Oct 30, 2018)

THE RETAIL CROSSROADS - EXPLORING THE POTENTIAL FOR MALLS: Despite the recent stagnant performance of regional malls and the growth of e-commerce, major real estate investors are acquiring retail assets. (Sep 26, 2018)