The Nevada-based company is investing at its Colorado locations in Louisville and Colorado Springs. 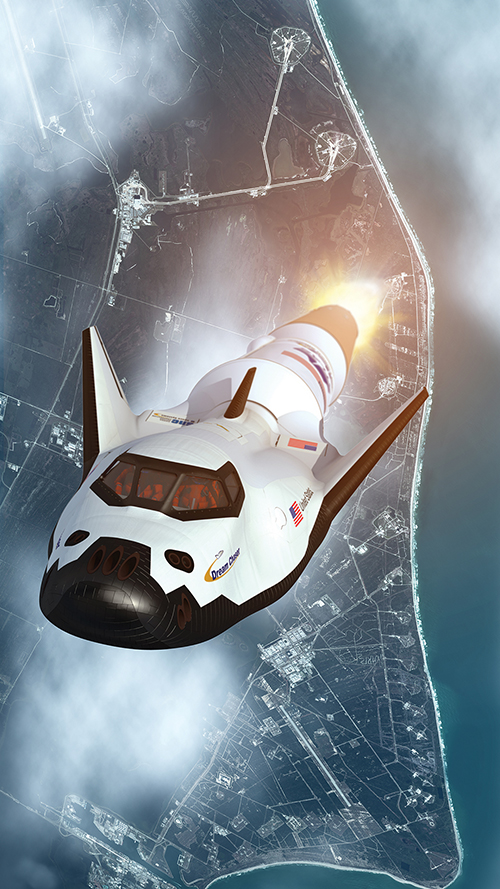 Aerospace company Sierra Nevada Corp. once again is poised for growth, and Colorado is the company’s launch pad.

The Nevada-based company is investing at its Colorado locations in Louisville —where it’s developed the Dream Chaser spacecraft recently chosen for cargo deliveries by NASA — and in Colorado Springs, where the company’s new completions division is pursuing an $88-million project that could bring as many as 2,100 employees under one roof as the anchor tenant at the new Colorado Aerospace Park at the Colorado Springs Airport. A 2014 study by Deloitte said the project could inject as much as $5 billion into the state’s economy.

A new 31,000-sq.-ft. (2,880-sq.-m.) hangar announced in November 2015 will serve as a modification facility for VIP interior completions, and is adjacent to where additional Sierra Completions facilities will be built. The fully operational hangar will add about 150 jobs, as the company seeks to create “office in the sky” aircraft interiors for private-sector VIPS and heads of state.

“This is the first step in establishing a presence for Sierra Completions at the Colorado Springs airport and provides us with a facility to launch the business,” said Ed Topps, vice president — programs for Sierra Completions. “We are in active discussions with a number of customers already and look forward to demonstrating the world-class design capabilities Sierra Completions will soon become recognized for around the globe.”

SNC employs a workforce of nearly 3,000, with 33 locations in 18 US states, England, Germany and Turkey. SNC’s Colorado offices are located in Louisville, Englewood and Centennial with subsidiaries Sierra Completions and Straight Flight in Colorado Springs and Englewood, respectively.

When the larger agreement for the Colorado Springs project was reached in February 2015, Sierra Completions President Jon Burgoyne noted how important incentives were to the picture: “We were very pleased with the cooperation and commitment brought to the table by state and local officials, proving they’re invested as much in the success of Sierra Completions as we are.”

SNC’s new business will keep trained talent local as personnel transition out of the military. The company noted that the Colorado Springs economy will benefit from diversification, as over half the area’s payroll goes toward US Department of Defense employees. That proportion soon will climb, however, as the area will be home to a new National Cybersecurity Intelligence Center. It’s also home to the US Olympic Committee, US Olympic Training Center, a new planned Olympic Museum and 24 national governing bodies of sport, and was recently highlighted by CBRE as one of the nation’s lowest-cost markets for enterprise data centers.

The company may be pinching itself, as its other Colorado dream also inches toward reality.

In January, NASA picked SNC Space Systems to receive a multi-year contract to provide cargo delivery, return and disposal services for at least six missions to the International Space Station (ISS) through 2024. The Dream Chaser has been in development for more than 10 years, primarily in Louisville, Colorado, where the company also continues work on a space satellite contract with the DOD. In SNC’s Space Systems 25-plus-year history, it has provided thousands of components on hundreds of missions. Dream Chaser is simply the next chapter.

“Within a few short years, the world will once again see a United States winged vehicle launch and return from space to a runway landing,” said Mark N. Sirangelo, corporate vice president of SNC’s Space Systems, as he thanked “our more than 30 industry, university, international and NASA center partners for helping us make history and open up the next generation of spaceflight.”

The Dream Chaser program will continue to be based in Louisville. SNC expects to significantly expand operations in Colorado and throughout the United States, in conjunction with its international partners, to support contract requirements. “The growing employment scope and economic impact of SNC and its partner organizations — the Dream Team – now spans over 25 states and 15 countries,” said the company, and will continue to grow under the new contract.

Boulder in January had the lowest unemployment rate of the 387 metro areas in the nation, at 2.5 percent (tied with fellow university town Ames, Iowa). No wonder, at No. 22, it was one of four Colorado cities — along with Greeley (9th), Fort Collins (14th) and Denver (16th) — to place among the top 25 in Milken Institute’s 2015 Best-Performing Cities Index, based on job creation, wage gain and technology trends data.