The jury is out on whether boycotts and bluster truly impact a state’s business climate.

That’s right. A $2-billion investment. In North Carolina. The state being lambasted and boycotted by everyone from Bruce Springsteen to the City of San Francisco. 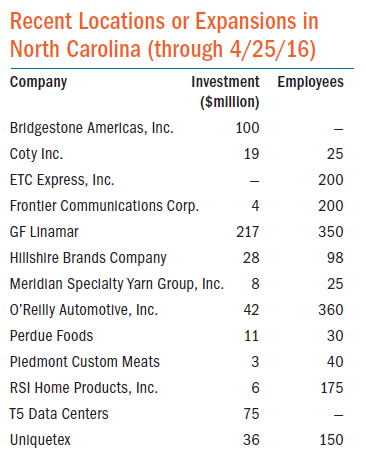 The protests are directed at House Bill 2 (HB 2), legislation that included a provision eliminating an ordinance in the City of Charlotte — and any other North Carolina city — allowing and protecting the use of public restrooms by transgender individuals based on their gender identity. The new law is viewed as flagrantly discriminatory by its opponents. Once again social legislation and economic development clashed as, in response, digital payment solutions provider PayPal backtracked on its decision to locate a new 400-job global operations center in Charlotte.

Back to Novo Nordisk. The project was well underway before HB 2 made its way into the spotlight. In 2015, after a lengthy location search throughout the eastern US, the company opted to invest in the Clayton community for several reasons, not the least being Novo Nordisk’s enormous facility already in place, a plentiful and well-trained workforce, infrastructure assets, a corporate-friendly tax structure and proximity to world class R&D brain power in the Research Triangle. In short, as last November’s Business Climate Rankings and this issue’s Prosperity Cup rankings indicate, the North Carolina business climate is tough to beat.

But companies like Novo Nordisk are astute enough to read the cultural signs, and don’t operate in a vacuum. Whether the legislation passed or failed, they knew future investment in the Clayton facility made good business sense. And it made sense for the mission of Novo Nordisk, says company spokesman Ken Inchausti.

“We are moving ahead with our investment in North Carolina, and making a significant investment in the patient community in the United States,” he says, reiterating the company’s commitment to research and treatment of diabetes.

With regard to HB 2, Novo Nordisk released the following statement: “We value diversity and inclusion, and have policies that provide our employees a workplace free of discrimination and harassment, including discrimination based on gender identity or sexual orientation.” In a later conversation with Site Selection, Inchausti added, “Our responsibility is to make sure that we provide a harassment-free workplace for our employees. Our commitment is to our employees within the walls of our company.”

Does social legislation affect the way a state is perceived? Definitely. But does it alter the real business climate, those previously cited features that attract companies to locate? Despite boycotts and bluster, that remains to be seen. The Conway Projects Database is currently tracking 13 companies that have recently announced sizeable investments in North Carolina, all while HB 2 was making its way through the legislative process.