GM’s economist weighs in on the strange and positive qualities of the post-Recession economy. 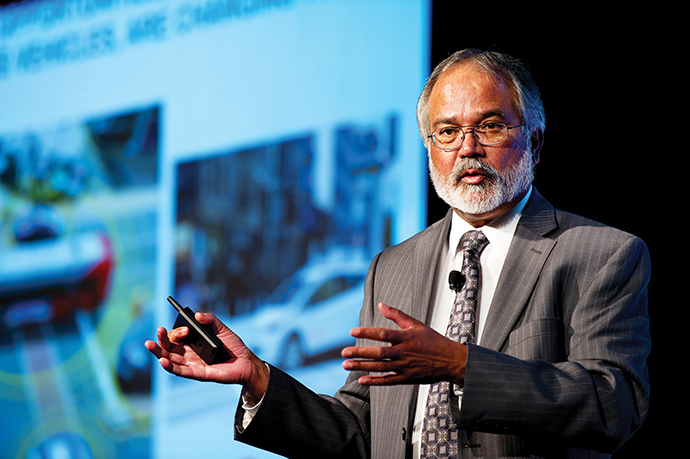 General Motors’ Chief Economist Mustafa Mohaterem addressed the Kentucky Automotive Industry Association’s (KAIA) AutoVision Conference in Lexington on September 12. His topic: the global and national economic drivers shaping the prosperity of the automotive industry in 2016 and beyond. Following are excerpts of his remarks organized by the topics he addressed:

Our economy is growing very gradually and somewhat erratically. We didn’t get the bounce back from the recession this time … nobody has come up with a clear answer as to why. Because it’s been such a slow recovery and in some respects an uncertain one, we’re not building up imbalances — there is no inflation in sight. Balance sheets are very strong. I don’t see another downturn coming yet.

We are beginning to see pockets of labor shortages, and the Fed is debating whether it’s time to raise interest rates [the Fed did not raise rates at the September FOMC meeting]. Once inflation is built into the system, it’s very difficult to wring it out.

This has been the slowest economic recovery we have had in the post-war era, or probably any era. Average economic growth is about 3 percent. We’ve been averaging just under 2 percent in this recovery, which is highly unusual.

Year to date, we’re running almost parallel with last year, which was a record year. I still believe we will set a new record this year or be close to it.

Auto sales is the really good news of this recovery. It’s the only sector of the US economy that has done as well or better than in a typical recovery. We’ve had very steady growth. And this is a North American phenomenon, not just a US one. Canada is at an all-time record, and Mexico is well above its all-time record sales. Many of our businesses are structured around North America, not just the US, so that’s good news.

Crossovers and SUV sales combined have surpassed car sales, and that’s a global trend — in China and Western Europe, for example. Across the globe we’ve got shortages in capacity. All our market research is telling us this is what people want.

The job market has taken much longer to come back [from the recession] than we typically see. If you had a job, you were fairly secure for four or five years. But if you’re young, entering the job market or were laid off in the deep recession and now want to come back, jobs are much harder to find. Also, the Obama administration changed a lot of rules and regulations, so a lot more Americans went on disability. The labor force participation rate shrank. Employment in the US took a long time to come back from where it was pre-recession. The number of people on long-term unemployment has really gone up, the number of people not in the labor force has gone up, and until recently, the young people coming into the labor force were not finding the types of jobs they expected they would have. All of that is changing, and that’s positive news going forward.

We have not seen as big an economic impact as people had feared. But we have seen a big impact on currency markets. For companies like GM or Ford, where the UK was a big revenue source and revenue is in pounds, we’re looking at much lower revenue in dollar amounts coming out of the UK. That’s true across the board — they’re not the only ones selling a lot to Europe in the UK. Many of the German motor companies face the same thing, as do Toyota and Honda. A weaker pound, while over the long term it might help the competitiveness of the UK operations, short term, it’s certainly hurting financially.

For now, services like Lyft and Uber are enablers. They allow people to retain mobility [particularly for older drivers]. The journey to autonomous will make cars a lot safer, especially for older people to operate. This process will change the demographics of the car industry. Older people will stay in the market a lot longer, and as the price of these technologies comes down, younger people may be able to come into the market. It will mean more drivers, more vehicles on the road. These technologies will change the industry for the better.

The long-term demand for vehicles remains very positive. The states and companies that plan on strong demand for cars with changing technology and changing parameters of that technology are very well placed. There is a competition among states about who will lead in that technology. Being a Michigander, I believe we have a significant head start on almost everybody and a very supportive legislature that has voted to allow testing of autonomous cars on public roads. It’s new enough technology that there will be significant changes that everybody can [participate in]; there are significant entrepreneurial opportunities. This is a solid, strong industry with a lot of opportunities for the innovators. North America is very well positioned to be a very significant player.


How Language Drives Success in the Automotive Supply Chain 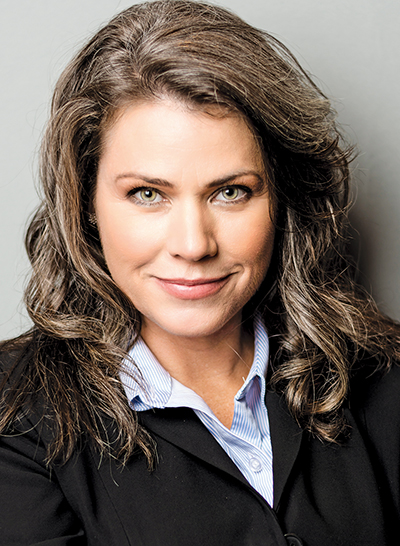 Automotive suppliers from outside the US tend to assume their new operation in Tennessee or South Carolina will be a huge success — merely because the investor is a successful business owner in his home country and speaks some English. Helping new suppliers avoid that mistake — and others — is where Jean Marie Thrower comes in. As president and CEO of Birmingham, Alabama–based Supplier Development Systems, US Army veteran Thrower keeps small- to medium-sized suppliers ($50 million to $800 million in revenues), mainly in the Southeast, out of the sand traps when they seek to play in the US automotive supply chain tournament.

Thrower, a former Army officer attached to the 82nd Airborne Division at Fort Bragg, North Carolina, has worked with OEMs and Tier 1 suppliers for 20 years in supply chain, engineering, operations, purchasing and other areas.

Clients include suppliers used to working with GM and other US manufacturers who now want to supply German and Japanese OEMs, and suppliers expanding into the US from their home markets to participate in the Southeast US automotive industry ecosystem.

“This puts us in direct contact with site selectors and suppliers who are maybe in China or Europe and are trying to get a location in North America,” Thrower explains. “Part of that is business development. They need to have a pipeline or justification to go out and spend money to come to North America. That’s where we come in — they want to be here, but they need some business in the pipeline.”

A typical US client?

“We have one who does a lot of business with the Japanese but does no business with the Germans or the Koreans,” she illustrates. “They can’t get into the parking lot of Mercedes. A lot of suppliers get burned when a Mercedes does give them a chance, but they haven’t read the contract language correctly — what’s the engineering change, how is it tied to costs?” The language varies from company to company, culture to culture.

Suppliers from Europe, India and China opening a plant in the US either do well, “or they do terribly,” Thrower relates. The latter tend to be the ones who figure establishing a US presence will be easy, particularly if enough managers speak English, or enough to get by. “The fatal flaw is suppliers that come in thinking they know what they’re doing. What they’re hearing in the interpretation of the laws and compliance — they think they understand it, and culturally and literally they don’t.

“The economic development groups I work with do a good job of working through that and are sensitive to it. But if you have a supplier who is stuck in his ways and thinks, ‘Well, I’m German and I’m smarter than you,’ or ‘I’m a $1-billion company out of China, and I know what I’m doing,’ well, no you don’t. I don’t care how good your English is. You need advisors, people you can trust,” just as an American supplier would find when it’s time to open a facility in China.

Much of Thrower’s consulting involves working with economic developers, most of which have automotive expertise in house. Certainly on the state level they do. Locations (the sell side) and projects (the buy side) will be successful to the extent the sell side has that expertise — ideally an automotive industry veteran.

“They need to be coming from the industry they are trying to recruit,” Thrower insists. “If it’s not hardcore automotive, it needs at least to be manufacturing. When that’s not the case, it’s like dealing with a red tape bureaucracy. Economic developers need to fluently speak the language of the supplier investor. Otherwise, the supplier could go where they do speak the language, and they’re on the same level.”

Thrower has some advice for the buy side, too, the investors from outside the US in particular: “We need to somehow make the suppliers that are coming here from other countries more humble in the process,” she observes. “These are CEOs and important people in their home countries, and they come here and are being courted with the red carpet by economic developers and governors. But the bottom line is, you’re starting from scratch here, so listen to these people in their local economy. If you embrace that, you’ll be more successful.”