Looking to align with China’s ‘One Belt, One Road’ initiative? Meet one company with a plan of its own. 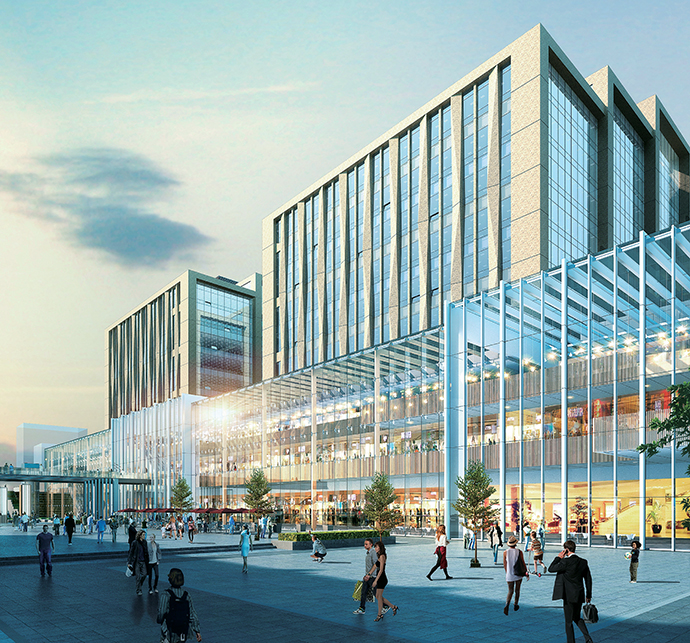 The CFLD Innovation Center is in the heart of the Fengtai Science Park, in a mature business district that is the closest to Beijing’s new airport, as well as new rail transit and the Beijing-Shanghai high-speed railway.
Image courtesy of CFLD
by ADAM BRUNS

If you don’t yet know industrial city developer and operator China Fortune Land Development (CFLD), you’re about to. And it’s not just because the company employs more than 5,100 people, is the No. 1 Chinese real estate firm or has assets worth the equivalent of US$25 billion that have helped support the creation of more than 14,000 jobs.

You might even see the CFLD name at sports venues before you see it on a building. That’s because the organization does things like sponsor the annual Beijing Marathon and compete in soccer’s Chinese Super League with its Hebei China Fortune team, with visions of competing with the world’s soccer elite.

Global competitiveness is what CFLD is all about, the essence of its mission not only in China but around the world. Launched in 1998, CFLD is governed by four key commitments in the development of new industrial cities following a public-private partnership model: green development, urban quality of life, continuous innovation and drawing industries together into clusters.

CFLD’s strategy calls for developments in the regional economic zone of Beijing-Tianjin-Hebei, the Yangtze River, the Pearl River Delta and in concert with the advanced planning of China’s “One Belt, One Road” initiative. In early 2015, in advance of the October 2015 release of China’s 13th five-year plan, the People’s Republic released a “One Belt, One Road” vision document for its trillion-dollar transport plan, steeped in Silk Road and “maritime silk road” historical precedent going back to the Han dynasty two millennia ago. The vision for this giant global infrastructure loop aims to “uphold the global free trade regime and the open world economy in the spirit of open regional cooperation,” and is backed by the Chinese government’s $40-billion Silk Road Fund, as well as $50 billion from the Asian Infrastructure Investment Bank.

That sounds a lot like CFLD’s own vision. The company is now represented in over 40 regions around the world, and its parks are host to more than 1,100 blue-chip companies. The goal? More than 100 developments that are more than industrial parks — they’re new industrial cities.

CFLD also is working with TechCode to place business incubators and accelerators in strategic global locations: Beijing (2), Shanghai, Shenzhen, Jiashan, Xianghe, Nanjing and Gu’an in China; Silicon Valley; Seoul; Tel Aviv and Berlin. These dozen dens of discovery currently host nearly 170 companies that employ 2,500 people and are valued at around US$2.8 billion collectively.

In the first half of 2016, CFLD showed a net profit growth rate of more than 30 percent, to the equivalent of $583 million. Some highlights:

Sometimes the visions of CFLD and China align well with equally ambitious visions abroad. In October, CFLD was awarded the contract to build a new industrial city in Egypt’s new administrative capital between Cairo and Suez. China has become Egypt’s largest trade partner.