Doors of Opportunity Are Wide Open in Kansas 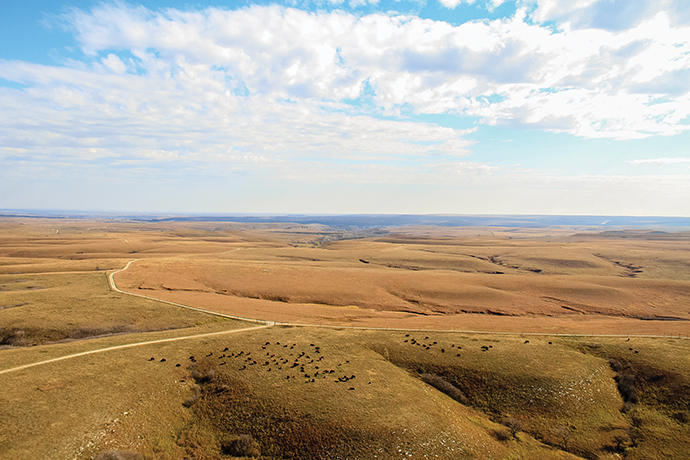 Not all innovation is digital. Think of the pulleys, electronics and cables on your garage door. Think of the dozens of docks and doors found in any e-commerce mega-warehouse, or the customized entry and automatic door systems of pharmaceutical company clean rooms, airports and school districts.

DH Pace Company has been thinking of those things since it launched the upward-acting garage door business in St. Louis 90 years ago. As it’s expanded its site portfolio to 25 US markets, added more than 670 employees over the past decade to reach 1,500 on the payroll, and attained $314 million in sales last year, it’s never abandoned its Midwestern roots. But the authorized distributor of the famous Overhead Door brand did move a bit to the west.

In 2013 the company decided to consolidate four locations from North Kansas City and relocate its corporate headquarters to the Kansas City suburb of Olathe, Kansas. But the growth via acquisitions and office expansions hasn’t slowed, with 9-percent growth in sales in 2015. Earlier this year DH Pace announced it would invest $3 million in an expansion in Olathe that will accommodate an additional 150 employees, while providing more space for offices, a larger commercial showroom and training.

“This is a significant investment in our associates and our company’s future.”
— Cliff Pemble, CEO of Garmin, on the company’s $200-million headquarters campus expansion in Olathe, Kansas

Olathe has opened its doors for more than one headquarters move. In August, Garmin — maker of popular vehicle and personal navigation devices — announced its own $200-million HQ expansion in Olathe, where a new manufacturing and distribution building will rise, a new road will cross the Garmin campus, and the former manufacturing and distribution facility will be renovated as R&D space.

According to reports, the new space will accommodate as many as 2,600 new workers, at a campus that’s already home to 2,800. Another 600 work across Greater Kansas City, part of a worldwide Garmin workforce now numbering 11,400.

“This is a significant investment in our associates and our company’s future,” said Cliff Pemble, Garmin CEO. “Our vision is to be an enduring company that is a leader in all markets that it serves. To accomplish this, we need a world-class facility that can attract and retain the highest level of talent.”

The 720,000-sq.-ft. (66,888-sq.-m.) manufacturing and distribution center will take two years to complete. A large portion of the new development will significantly expand manufacturing for the company’s aviation business segment. The renovation phase will take another two years, with the full project nearing completion in late 2020. Once finished, the 96-acre (39-hectare) Garmin campus will offer 2.1 million sq. ft. (195,090 sq. m.) of space.

Must Be Productive After All

According to the Center for Economic Development and Business Research at Wichita State University’s W. Frank Barton School of Business, Kansas saw an increase in gross state product between 2014 and 2015 of 0.2 percent, to $147.8 billion. While manufacturing was slightly up at $40 million, private service-providing industries production rose by $554 million between 2014 and 2015, and grew by $7 billion between 2010 and 2015, despite what the report called a decrease in transportation and warehousing. 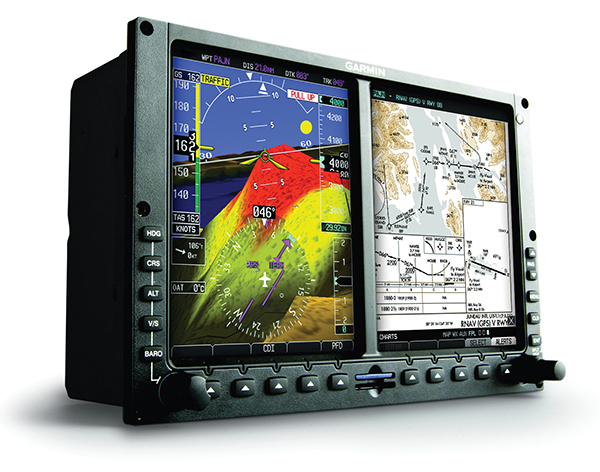 Manufacturing aviation products like the G600 is a big component of Garmin’s home campus expansion in Olathe, Kansas.
Photo courtesy of Garmin

Decrease? Tell that to Amazon.com. The company in July announced it will open a new fulfillment center in Kansas City, Kansas, that will create 1,000 full-time jobs. It joins another 1,000-job Amazon facility in Edgerton, Kansas, that the company announced four months previous, as well as existing facilities in the nearby Kansas municipality of Lenexa.

“We are thrilled to continue investing in Kansas, proud of our ability to create great jobs, and most importantly, excited to better serve our customers throughout the Midwest,” said Akash Chauhan, Amazon’s vice president of North American operations. “Together with the addition of the Kansas City and the Edgerton fulfillment centers, there will be 2,000 new Amazon jobs in Kansas, and none of this would be have been possible without the support we’ve received from state and community leaders.”

The Garmin campus is at 151st Street and I-35. Drive just a bit west on I-35 to Lawrence and you’ll find another new corporate investor with doors in its portfolio.

Midwest Manufacturing, a division of home-improvement chain Menard, Inc., in late 2015 proposed to build a $25-million, 100-job facility for the manufacture of trusses, concrete block, countertops, steel siding and roofing, and doors, among other products. The project site would encompass 90 acres (36 hectares), and be the first investment in Lawrence VenturePark. The division’s retail parent opened its first store in Lawrence not long ago. So, it’s a counter-intuitive case of manufacturing following retail, instead of vice-versa.

“This is the perfect opportunity to bring manufacturing jobs back to Lawrence,” said Brady Pollington, vice president of the EDC of Lawrence and Douglas County, last November.

Lawrence, a town of 90,000, is best known as the home of the University of Kansas. That institution is making its own presence felt in economic development, as the KU Center for Entrepreneurship, housed within the KU School of Business, in October received a 2016 Award of Excellence from the University Economic Development Association (UEDA) for its program called RedTire — short for Redefining Retirement.

Both the University of Kansas in Lawrence (left) and Kansas State University in Manhattan continue to find ways to fulfill their economic development missions.
Photos courtesy of Manhattan Convention and Visitors Bureau and eXplore Lawrence

RedTire works to sustain rural businesses by finding and matching new owners with those business owners seeking to retire, and assists in developing and completing the financial transaction, as well as providing post-transaction counseling. The free-of-charge program currently is assisting 82 businesses and has completed 25 transactions, helping to preserve 201 jobs in Kansas.

KU’s in-state rival Kansas State University, located a bit further west in the “Little Apple” of Manhattan — is not to be outdone when it comes to economic development, having recently signed an agreement with world tractor maker Mahindra and Mahindra to provide the company with testing, validation and product development for new tractor models. Sridharan Sudarsanam, head of global validation and homologation of Mahindra’s farm division, said the collaboration with university research is a unique proposition that complements the company’s state-of-the-art research and development facility at Mahindra Research Valley, India.

Textron Aviation recently donated to the Kansas State University Polytechnic Campus to modernize its aviation program by increasing the size of its Certified Flight Instructor lab. The lab will be adjacent to the Flight Operations Center, home to one of the longest aviation runways in the country.

“We’ve had a long relationship with K-State and we look forward to deepening our ties as the school continues training the next generation,” said Doug May, vice president of Piston Aircraft at Textron Aviation.

Kansas State Polytechnic also recently purchased a quartet of Beechcraft Bonanza G36 aircraft from Textron as part of its plan to continuously provide professional pilot majors with the most relevant and cutting-edge flight training possible. The school’s aviation program is now outfitted with 34 learning aircraft, all of which are Textron Aviation products.

And — wouldn’t you know it — those Bonanza G36 aircraft feature none other than a Garmin G1000 avionics system.