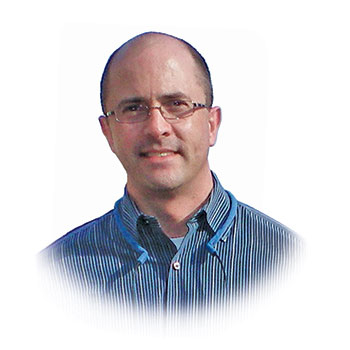 I’m writing this note less than a week before the national election, and I’ll bet you were as campaign-fatigued at the beginning of November as I was. When you get this issue, that fatigue will either be a moot point, or you’ll be more fatigued thinking about what lies ahead for the nation and the business world, depending on the outcome. More on that when I, economic developers and foreign direct investors can make sense of the election’s implications for reshoring, global trade, and state and national business climates.

State business climates I do want to address here, as we do in this issue’s cover story. I spent part of the morning I wrote this with Georgia Gov. Nathan Deal, announcing his state’s fourth consecutive top business climate ranking in our annual measure of that important location criterion. When a state does that well for so long, you can bet other states are wondering what they’re doing wrong, or not as well. See the cover story for more on the methodology, which in short is based half on what site selectors indicate in a survey and half on objective, mainly project numbers.

All states do some things well and some not so well. Gov. Deal told me Georgia has more work to do improving high school graduation rates, which will stock the labor pool a few years out with a more attractive workforce. He’s working on it. What Georgia and some other states are doing well is (1) implementing fiscal policies that give investors confidence the investment they are making will be sound over the long term; (2) funding courses of study — certificate or degree programs — that will supply the workers needed in sectors where jobs can’t be filled today; and (3) investing in infrastructure that will make their state the go-to state in the region within a few years or sooner, but also for years to come. Gov. Deal’s 10-year, $10-billion infrastructure plan will soon catch the attention of capital investors reliant on ports, rail and good roads (and which aren’t?), especially if most or all of it gets done.

Congratulations to the other states that ranked well. Eight of the top 10 are Southeastern, and that’s not a new phenomenon anymore — just an affirmation that their formula for attracting investment is working. So the Editor’s nod here to Ohio and Indiana, 3rd and 10th respectively, for their strong performances according to site selectors’ input and according to the data that confirms their instincts.

In our experience, here’s something most Southeast states and regions have become very good at, and lots of Midwesterners are now figuring out: When you have a good story to tell, tell it. Even broadcast it, or other potential investors may not hear about it.

Governor Deal gets it. Do your governors have a good story to tell? Do the locations you’re looking at? No matter the political landscape now before us, we’ll help sort out whether they do or not.