Could Inclusion Be the New Yardstick?

The thought leaders at The Brookings Institution pull no punches: It's time to change economic development metrics. 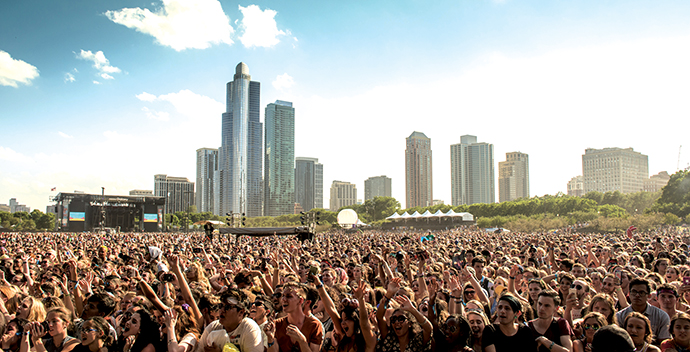 Chicago was one of only eight of the largest 100 US metros to recently improve in economic inclusion, but the metro area's number of distressed neighborhoods grew from 505 in 2000 to 806 by 2014.
Photo by author
by Adam Bruns

Is it possible that disadvantaged long-term economic development strategies could have their chances improved by improving the long-term chances of the disadvantaged themselves?

Amy Liu, vice president and director of the Metropolitan Policy Program at Brookings Institution, which she co-founded with Bruce Katz in 1996, directs the Global Cities Initiative, a joint project of Brookings and JPMorgan Chase that aims to help US metro leaders reorient their economies toward greater engagement in world markets. But it's greater engagement with the people in our own backyards that she's after today, she explained at the TrustBelt conference in Chicago last summer.

"There is pressure to grow an economy that works for more people," she said, and make regions as inclusive as they are competitive. "That means a stronger focus on the productive nature of our industries, and making investments in workers and communities. The economy today is structurally broken, and our strategies cannot continue to move down the same path if we're going to be relevant to industry in an environment that's much more disruptive today."

How Does Your Garden Grow?

Economists such as Lawrence Summers and Joseph Stiglitz are also exploring how to boost shared prosperity. Liu says inclusion is one of the basic pillars of economic success, because it means a broad base of the population is better off, with rising employment and rising incomes.

"Growth absolutely matters, because an expanding economy creates opportunity for people," she said. "How you grow, though, does matter. If you attract low-value industries or low-wage jobs, it doesn't mean your economy is better off."

In pure growth terms, the US economy has done well, she said, growing by 10.1 percent annually between 2009 and 2014. But the median wage has declined by 5 percent since 2009, and wages in the bottom half have declined the most. Part of it is changing demographics, Liu suggested, as retirees are replaced by new workers who often earn lower wages. But go behind the stats and you see a distinct color line.

"The disparity in median wage between whites and people of color is $40,337 vs. $26,219," she said. In 2014 the US hit a milestone, as for the first time, the majority of school-age children were people of color. But diversity is not yet marked by prosperity. "About half of African-Americans born poor stay poor," Liu said. And despite progress in the economy and all the tools in economic development, she said, "the number of high-poverty neighborhoods has grown from 13,404 in 2000 to 21,512. Today there are nearly 26 million people living in such neighborhoods, an increase of 79 percent since 2000." 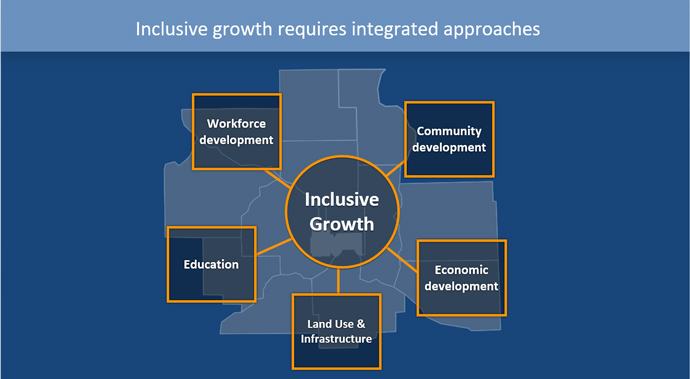 By Brookings' gauge, 95 of the largest 100 metro areas have experienced economic growth, 63 are more prosperous in terms of improvements in wages and cost of living, but only eight improved inclusion between 2009 and 2014: Charleston, Chicago, Dayton, Denver, Provo, Salt Lake City, San Jose, and Tulsa. "And only Baton Rouge, Honolulu, New Orleans, and Tulsa achieved similar improvements over the full period from 1999 to 2014," said a Brookings Metro Monitor report in January 2016.

What's needed now, says Liu, is not more philanthropy (welcome as it is), but a new outlook on economic development.

"Conventional economic development strategies are no longer sufficient," Liu said. "They're too short-term, too focused on quick wins, with too many fragmented efforts across jurisdictions, and too often led by subsidies. Some are obviously good, but the literature constantly reinforces that most of these provide mixed and often counter-productive results when it comes to ROI."

States and localities spend tens of billions of dollars each year on tax breaks and incentives, she said, but "many are focused on lower-value parts — what we call Starbucks, stadia and stealing businesses. Three percent of job creation comes from out-of-state business relocation, yet that 3 percent dominates. It really is time for us to be honest about how we right-size our strategies." 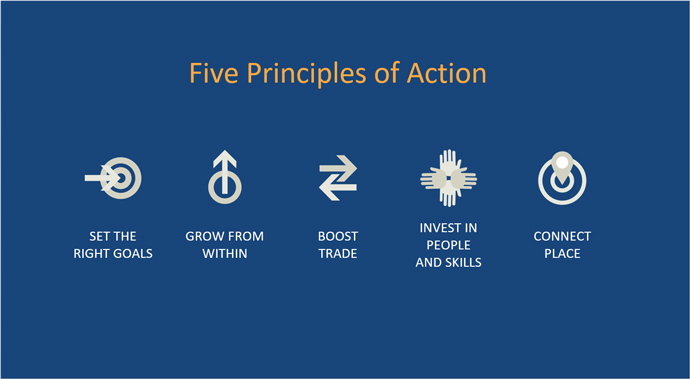 Right-sizing involves getting the markets right (e.g. paying attention to core strengths and clusters) and getting the civics right, Liu said. A necessary first step is tabling the performance metrics that prevent economic development organizations from shifting to more strategic, long-term approaches. That's the argument of an essay posted in August by her Brookings colleagues Ryan Donahue, project analyst, and Brad McDearman, nonresident senior fellow with the Metropolitan Policy Program, titled Performance measurement in economic development – even the standard can’t live up to the standard.

"Those who oversee and lead EDOs need to confront the fact that their performance metrics are deeply flawed," they wrote. EDOs exaggerate their responsibility for outcomes, give away incentives and subsidies in order to establish a clear link between their efforts and company actions, and often overstate how accurately they measure impact.

"The metrics that EDOs produce may be precise (i.e., 4,903 jobs), but precision isn’t the same as accuracy," they write. "A Pew report highlights state analyses that estimated that 80 percent to 90 percent of jobs attributed to incentive programs either replaced existing jobs or would have been created regardless of EDO involvement. Export and FDI strategies, along with others that address complex or long-term goals, are disadvantaged when leaders come to expect these inflated and artificially precise metrics."

McDearman says companies provided the background for the provocative essay he and Donahue co-authored, based on more than 200 direct interviews that are part of the Brookings team's Global Cities Initiative work

"Their message to us was that existing businesses (particularly middle market) perceive that EDOs bring very little value (are largely irrelevant) to them because they are mostly focused on attraction and new jobs, while existing firms are focused on their own competitiveness," he writes in an email to Site Selection.

McDearman says economic developers involved with startups, global trade and community development have expressed gratitude for airing these issues. "They are constantly asked, for example, 'If we focus on exports, how many jobs will that create next year?' Many of these programs are considered second fiddle to business attraction, and they must work much harder to prove their value."

The most negative and frustrated reaction, however, came from those EDO professionals directly involved in business attraction.

"Their issue is that they need some kind of tangible, relatable 'target' (like creating 50,000 new jobs in two years) to drive their overall efforts and gain buy-in and enthusiasm from investors and their boards to support all their efforts," McDearman says. "Oftentimes the board members and investors aren't particularly well-informed about the nuances of economic development and feel that it's their role to hold the EDOs accountable for job creation targets. Creating jobs is exciting and is the ultimate outcome investors desire, so this becomes the primary measure of success, no matter the initiative."

So, what should those business attraction teams do now?

"Existing performance measures need to be set aside entirely," McDearman says, "so that organizations can decide what work they do (or could or should do) that is truly strategic and meaningful (such as exports, FDI, innovation, and efforts to spread the resulting prosperity more broadly), and then the appropriate new performance metrics can be developed to support the entire range of economic development efforts." 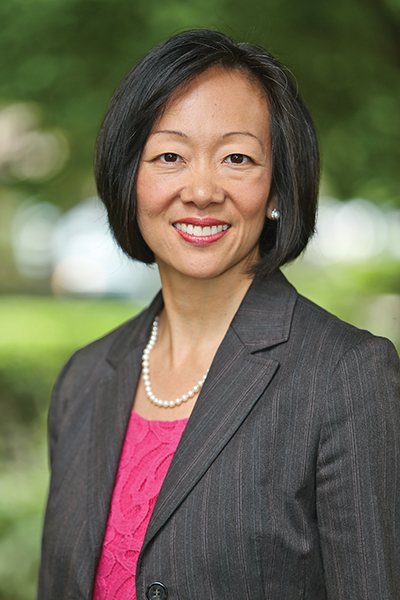 "The goal for any of us should be this: to put a regional economy on a trajectory of higher growth by increasing the productivity of firms and workers that raises standards of living for all."
— Amy Liu, Vice President, Co-Founder and Director, Metropolitan Policy Program, The Brookings Institution

Some of those new metrics might do well to include inclusion.

Among the models — or, at least, experiments — that Amy Liu points to as productive behavior are Greater Minneapolis-St. Paul, with its regional indicators dashboard including social factors; regional/local alignment in Milwaukee; and Detroit's Motor City Match program, which brings together entrepreneurs (many from Detroit and from minority communities) with real estate.

“Every quarter Motor City Match is supporting roughly 100 new businesses to help them get open in Detroit,” said Detroit Economic Growth Corporation CEO Rodrick Miller when the fourth-round awards were announced in July. “Not all of them are opening at once, but we are creating a pipeline of entrepreneurs who are preparing to go to work providing the goods and services that the people of Detroit want and need — and they’re doing it in the heart of our neighborhoods.”

Liu understands that some traditional economic development tools will still be in the proverbial toolbox, "but if we stick to the same old approaches," she insisted in Chicago, "all we are doing is simply shifting companies and jobs across regions, versus creating new firms, products and services, and ultimately new income, that can raise the overall living standards of our citizens."