Aqaba: A Launch Pad Toward the Future

This coastal location provides a pivotal hub for Jordan and an entire MENA region set for economic takeoff. 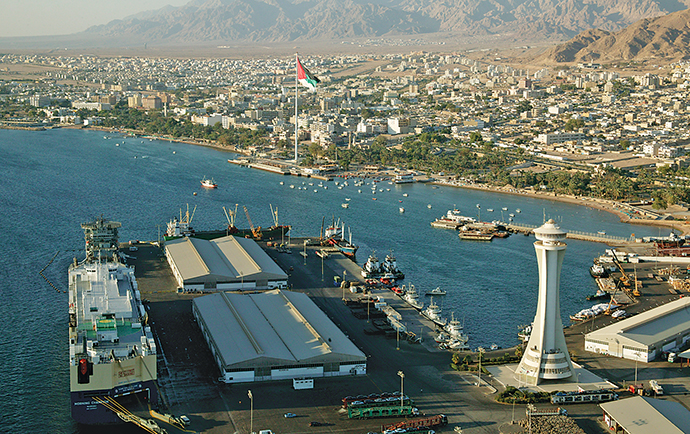 Total investment to date at Aqaba International Industrial Estate exceeds $350 million, along with 1,500 new jobs. By the end of its second decade, AIIE aims to reach $1 billion in investment and 4,000 jobs.
by ADAM BRUNS

To find Aqaba, Jordan, on a map of the Middle East, look for the antennae.

That’s your first clue that it’s an area well attuned to the global economy — and to the next opportunity. 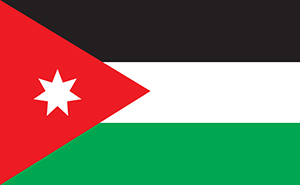 The Gulf of Aqaba, you see, looks just like an antenna at the far northern end of the Red Sea, slightly smaller than its twin antenna to the west, the Gulf of Suez. But the region’s signal is growing stronger by the day.

Just ask the approximately 80 companies at who in their very diversity display the broad-based advantages of operating in Aqaba International Industrial Estate (AIIE), developed and managed by PBI Aqaba. AIIE is known as the premium location in the Hashemite Kingdom of Jordan for manufacturing, logistics, storage, renewable energy and energy efficiency initiatives, and related services.

Investors locating at AIIE benefit from a special legal regime, and investment incentives granted under Jordanian law. While Jordan as a whole still has some improving to do when it comes to the World Bank’s annual Doing Business rankings (No. 113 out of 189 globally, and 10th in the MENA region), the country scores in the top third globally in the categories of getting energy, taxation and, best of all, trading across borders, where the country ranks 50th in the world.

Aqaba is Exhibit A for how to take advantage of those strengths.

AIIE is located adjacent to King Hussein International Airport and 15 km. (9.3 miles) from the Sea Port in the Aqaba Special Economic Zone (ASEZ). Aqaba is Jordan’s only seaport, and serves as a forwarding and trans-shipment port to Iraq and other neighboring countries.

Total investment at AIIE to date exceeds $350 million, associated with 1,500 new jobs and some 80 different companies. By the end of the next decade, PBI Aqaba’s goal is to see more than 4,000 jobs created, with an expected total investment of $1 billion. Some of that may come from China.

The Government of China’s “One Belt, One Road” policy encourages China equity investment in the areas along Chinese historic trade routes — Aqaba has been part of the sea route from East Asia to the Mediterranean since ancient times. Accordingly, AIIE has signed an agreement with the Shenzhen Chamber of Investment and the Aqaba Special Economic Zone Authority (ASEZA) to market, encourage and support investment, and has opened an office in Shenzhen. 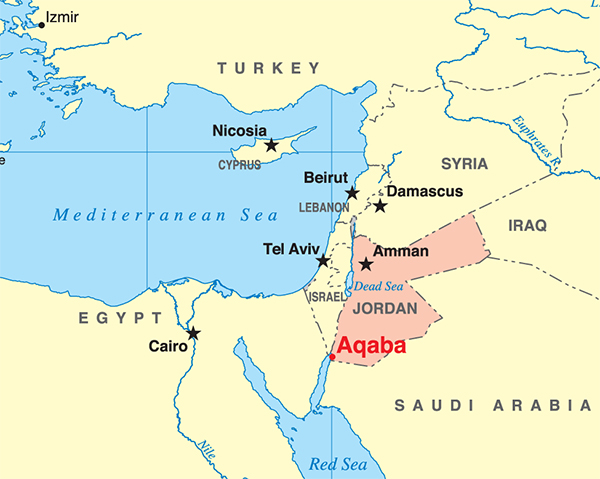 Environmental sustainability is integral to the area’s vision. That goes hand in hand with sustaining regional stability, peace and transparency.

The World Bank has been assisting Israel, Jordan and Palestine in their efforts to make water supplies more sustainable, including the management of a US$17-million program funded by bilateral donors for feasibility and scientific studies. This study program has led to a project in Aqaba to provide a total of 65 million cubic meters/year of desalinated water to Israel and Jordan.

Supported by the World Bank, the facility is part of a larger “peace canal” mega-project envisioned to link the Red Sea with the Dead Sea — and provide economic vitality and stability to Jordan, Israel and beyond.

Thinking of tomorrow is also a theme of the larger Jordanian economic development context, even as the kingdom looks back in celebration this year of the 100th anniversary of the region’s revolt against Ottoman rule.

According to the national government, last year the country achieved the second highest growth rate of all oil-importing Middle East and North Africa (MENA) countries, growing at over 3 percent.

In May 2015, the government announced nearly $20 billion in new investment opportunities, and that same month endorsed a 10-year economic blueprint called “Jordan Relaunched.”

For companies looking to access this promising MENA marketplace, Aqaba appears to be a prime launch pad.

This Investment Profile was written under the auspices of PBI Aqaba Industrial Estate LLP.