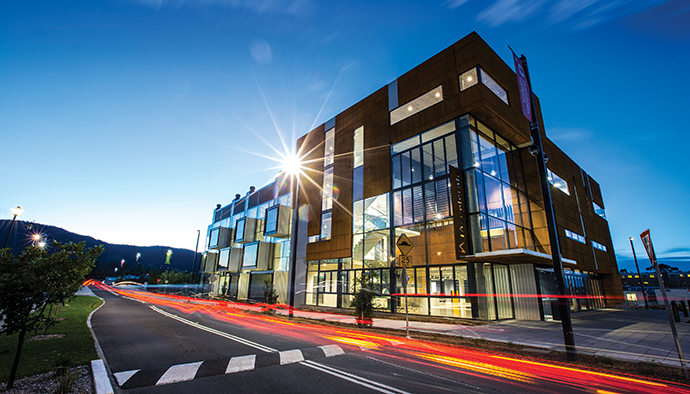 In September 2016 at its annual conference in Oklahoma City, the Association of University Research Parks (AURP) announced the winners of its 21st Annual Awards of Excellence. The Outstanding Research Park Award went to Western Research Parks, part of Western University located in London, Ontario, Canada.

“Western is extremely proud to be the first research park in Ontario to receive this recognition,” said University of Western Ontario President Amit Chakma. “Not only are we creating a world-class research culture at Western, but we’re doing so in conjunction with our community to bring both economic and societal benefits locally, nationally and internationally.”

A 2013 study found the 26 research and technology parks in Canada account for over 65,000 jobs and contribute C$4.3 billion in GDP on an annual basis.

“This is a fitting recognition for our research parks, which have played a significant role in fortifying relationships between academics and the business community for nearly 30 years,” said Western’s Vice President Research John Capone. “We’re proud of the companies the parks have attracted, strengthened and retained in our region — allowing us to become a key contributor to southwestern Ontario’s business ecosystem.”

The parks are even proud of those companies that have strengthened enough to open new locations outside Canada. In August, Stiller Centre tenant Critical Outcome Technologies Inc. (COTI), a clinical-stage biopharmaceutical company, announced the official opening of its US headquarters in Boston, Massachusetts, where the concentration of life science companies and teaching hospitals makes the whole region resemble a research park. Other tenants at Stiller Centre include Thermo Fisher, Sernova, Renix and Veritagen. 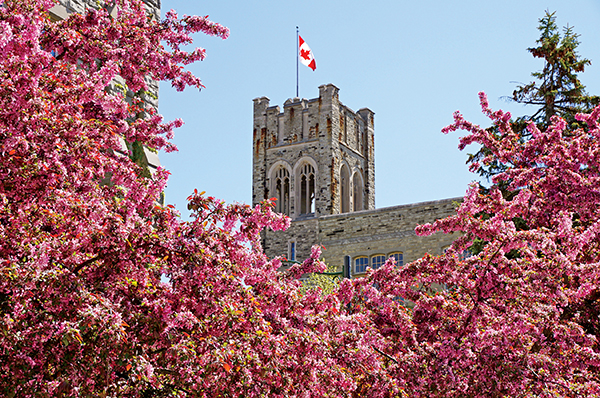 The 80-acre Western-Sarnia-Lambton Research Park campus, located adjacent to Lambton College, was established in 2003 as a joint initiative of the County of Lambton, the City of Sarnia, and Western University. The Province of Ontario announced in June it is partnering with Bioindustrial Innovation Canada to support a new hub at the campus in Sarnia-Lambton that is expected to create 400 high-value jobs, strengthen the province’s industrial competitiveness, and raise the profile of Ontario as a world leader in biotechnology. Ontario will invest $3 million over four years through the province’s Business Growth Initiative to build the Centre of Excellence for the Commercialization of Sustainable Chemistry Innovations. Sarnia-Lambton is Ontario’s main chemical cluster, accounting for 40 percent of Canadian shipments and employing 26,000 people.

In December 2015, Western Research Parks were recognized by Swedish research company UBI Index in its North American Top 10 University Business Incubators at No. 5 among 60 programs UBI assessed across more than 50 performance indicators, noting the parks’ performance in such areas as job creation, revenue generation, investment generation and network of investors. Joining Western in the ranking from Canada were Ryerson University’s DMZ (in downtown Toronto), University of Calgary’s Innovate Calgary, University of Alberta’s TEC Edmonton and Carleton University’s Lead to Win.

The AURP’s Emerging Research Park Award, recognizing the accomplishments of parks that have been in operation for less than 10 years, was presented to the University of Wollongong Innovation Campus (iC) in Australia.

With the iC’s help, the University of Wollongong (UOW), just an hour south of Sydney International Airport, generates around A$2 billion in economic activity each year, with most occurring in Wollongong and the surrounding Illawarra Region. 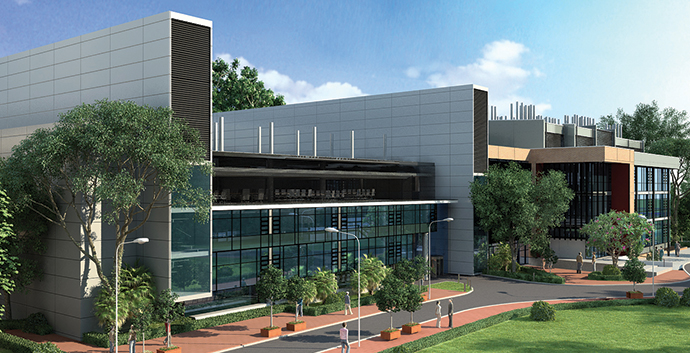 The 33-hectare (82-acre) iC is home to a number of UOW’s leading research institutes working in areas such as “intelligent” innovative materials with the potential to regenerate damaged human nerves, superconductors that make energy transmission more efficient, sustainable building design and digital media.

The Innovation Campus was established with seed funding from the New South Wales Government and has received ongoing support from the Australian and NSW Governments as well as Wollongong City Council. In 2011 it was awarded Australia’s Best Business and Industrial Park Development in the National Innovation & Excellence Awards by the Property Council of Australia. Moreover, the park’s location in Wollongong, a metro area of 200,000 people, offers a cost advantage over more expensive business parks and CBD space in Sydney. But it also offers a lifestyle that is framed by, as the university puts it, “a string of beautiful surf beaches and a bushland backdrop of the Illawarra Escarpment.”

UOW Acting Vice-Chancellor Professor Judy Raper said co-locating researchers, industry and innovation centers strengthens the relationship between the research institution and leading businesses to help create new jobs and new industries for Australia’s 10th largest city. “Innovation comes down to people and great ideas,” she said. “It’s about the connections we make and the spirit of wanting to make a difference. While the facilities are important, we have also focused on the people inside them and their great ideas.”

The university notes that more than A$230 million has been invested in developing a research and technology precinct, including a bridge linking the nearby industrial estate to the campus and first-class facilities for commercial tenants. More recently and with support from the state government, the purpose-built iAccelerate Centre was opened, providing support and space for up to 280 entrepreneurs who will drive the diversification of the region’s economy.

“We see the University as being the engine room of the Illawarra economy,” Professor Raper said.

UOW didn’t wait long after the AURP award to take its next steps, as it announced in October plans for Molecular Horizons, a new A$80-million interdisciplinary research center centered around the Titan Krios cryo-electron microscope. The new center will house around 150 researchers, and is expected to foster collaboration with organizations such as Monash University in Melbourne, the Victor Chang Cardiac Research Institute in Sydney and international institutions including Harvard Medical School and Johns Hopkins University — two schools that know a thing or two about the importance of having both the real estate and the brainpower to foster world-changing innovation and companies. 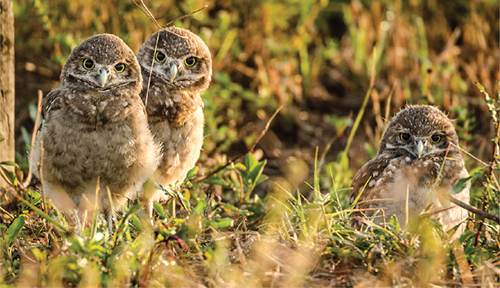 According to recent census data, Cape Coral, Florida’s population jumped by 16%, to more than 175,000 year-round residents. With an average of 266 days of sunshine a year, it’s no wonder Cape Coral continues to grow with rapid speed. 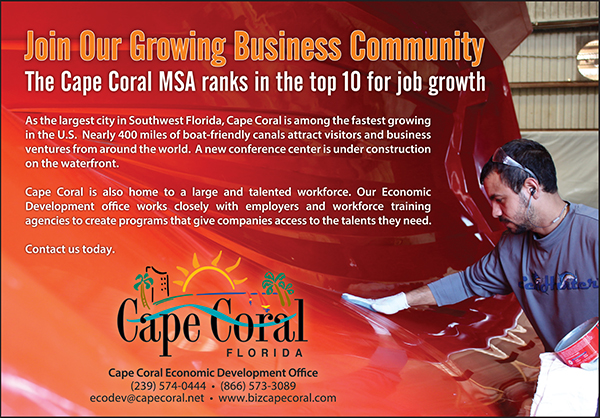 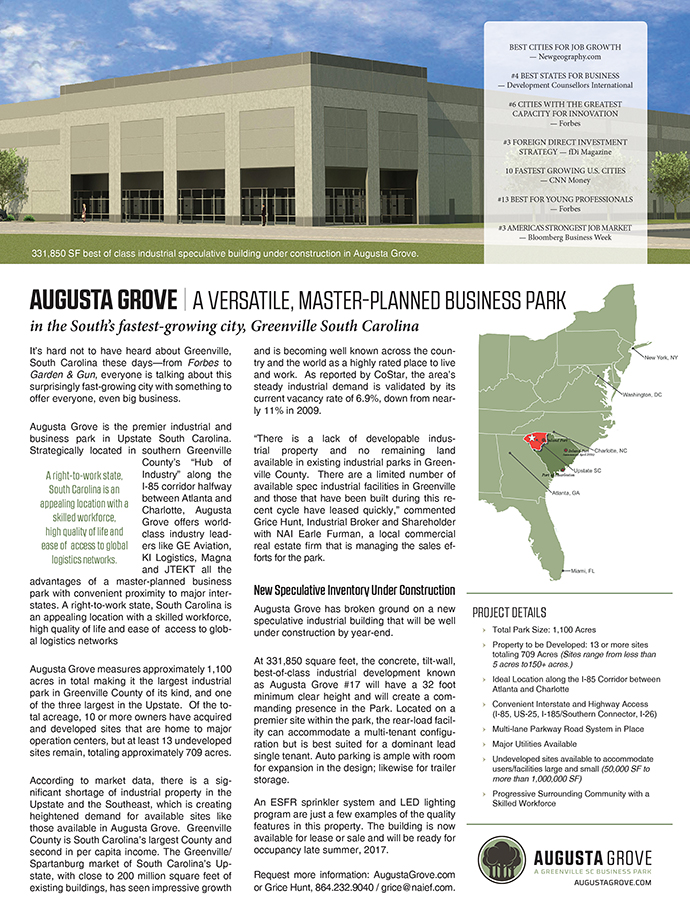 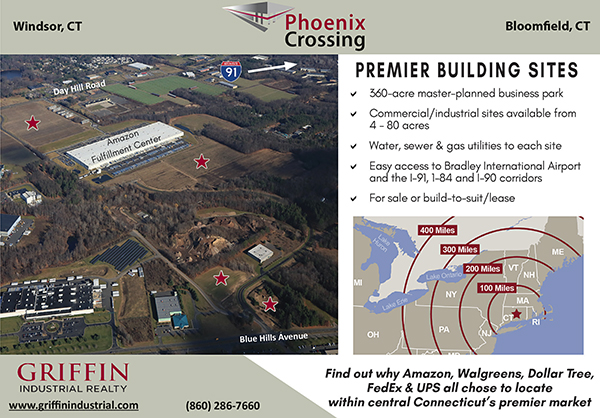