Direct Connections:
The R&D Pipeline from Higher Education to the Corporate World 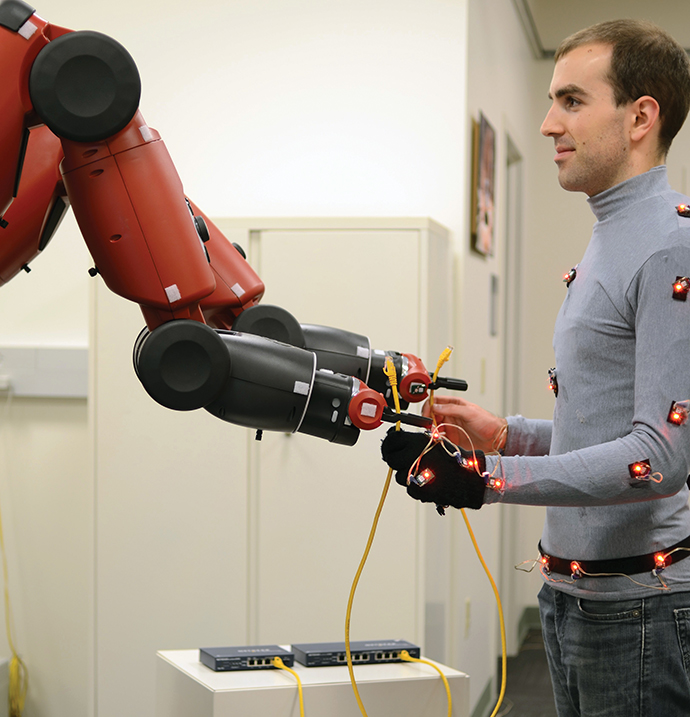 UC-Berkeley is a flagship campus of the unrivaled University of California system.
Photo courtesy of Visit California
by ADAM BRUNS

In an October 2016 commentary published by Medium, University of California President Janet Napolitano notes, “At the University of California alone, research has led to roughly 1,300 startups since 1968, three quarters of which were launched since 2000, according to a new Bay Area Council Economic Institute report. In 2015, our research spawned 85 new startups and 1,756 new inventions. That’s nearly five inventions a day.”

Research, in other words, is at the heart of business R&D, which in turn is at the heart of the economy. Those statements are backed by evidence from the National Center for Science and Engineering Statistics (NCSES), National Science Foundation (NSF).

“Five states accounted for just over half of the $255 billion of research and development (R&D) companies paid for and performed in the United States in 2013,” the NCSES reported in October. “California alone accounted for $77 billion, or 30 percent, of self-funded business R&D — up from 25 percent five years ago. Between 2008 and 2013, California’s R&D performance grew at a faster pace than its economy as a whole, resulting in its R&D intensity — its ratio of business R&D to GDP — increasing from 2.8 percent to 3.5 percent.”

The top 10 states for R&D paid for and performed by U.S. companies are:

New data from the NCSES in September showed that R&D performed in the United States totaled $477.7 billion in 2014. The estimated total for 2015, based on performer-reported projections, is $499.3 billion. “The business sector is by far the largest performer of US R&D,” the report stated, accounting for $340.7 billion, or 71 percent of the total. But higher education — a strong component in all the states above and an essential component of the nation’s R&D ecosystem — is second, with $64.7 billion, or 14 percent of US R&D in 2014.

How strong is the correlation between self-funded business R&D and university R&D? NSF’s top 30 universities by 2014 R&D spend — led by Johns Hopkins in Maryland; the University of Michigan and the University of Washington — include seven institutions from No. 1 company-funded R&D state California, led by No. 5 UC-San Francisco and No. 6 UC-San Diego.

Massachusetts, Michigan and Washington, tied in the list above, can claim two of the top three R&D universities by spend, and four of the top 12. In all, 22 of the 30 top universities for R&D expenditure are in one of those top 10 states for company self-funded R&D.

If you’re a corporate leader, that sort of math is worth doing. So is reaching out and making that university research connection. You never know what might develop.

The Frank Reidy Research Center for Bioelectrics exemplifies Old Dominion University’s leadership role in this new field. The mission of the Center is to increase scientific knowledge and understanding of the interaction of electromagnetic fields and ionized gases with biological systems and to apply this knowledge to the development of medical diagnostics, therapeutics, and environmental decontamination. The objectives of the Center are to perform leading-edge interdisciplinary and multi-institutional research, recruit top faculty, train junior scientists and exceptional graduate students, support regional, national and international programs, and to increase external funding and institutional visibility.

Today, approximately 75 researchers, including 18 Faculty, from more than 10 countries work in a 34,000-square-foot Center. The list of grants, patents awarded, number of invited talks at prestigious scientific conferences and publications (see: www.odu.edu/bioelectrics) are testaments to the impact that the Frank Reidy Research Center for Bioelectrics has made in the scientific world. 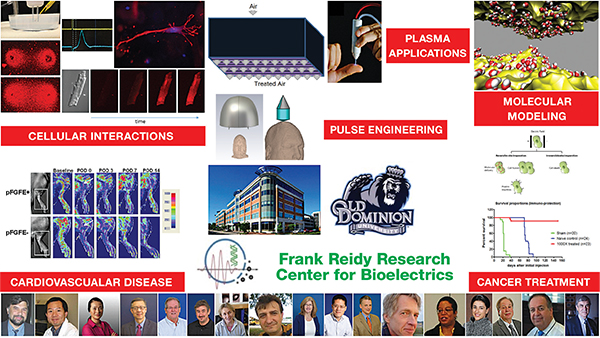