How the Southeast Is Winning Advanced Industry Projects 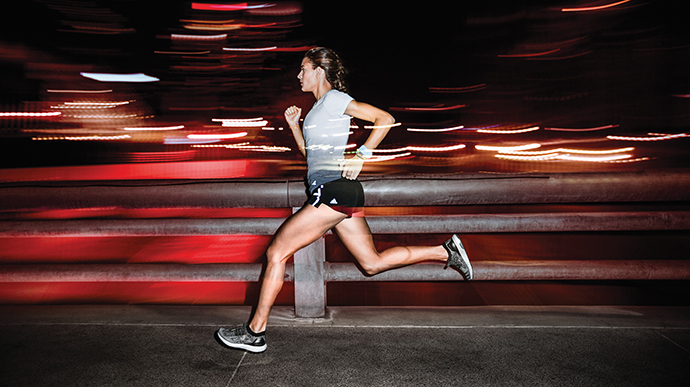 Six of the fastest growing 10 advanced-sector states based on employment growth continued to lie south of the Mason-Dixon line in 2013–2015,” according to a recent Metropolitan Policy Report published by the Brookings Institution.

Tennessee led the nation in advanced industry job creation from 2013 to 2015, growing 4.6 percent annually, according to Brookings. The remaining Southeastern states are found close to the top or hovering near the middle of the rankings thanks to concerted efforts to leverage incentives, labor legislation and proven workforce development programs.

Though Tennessee, Georgia and South Carolina experienced a modest slowdown after 2013 in some advanced manufacturing industries, the Southeast remains a location of choice for companies of all types.

From Baby Steps to a Giant Leap

As if to punctuate the point, Tennessee Gov. Bill Haslam announced an expansion by global automotive manufacturer Tenneco just days after the Brookings report was released.

The new 117,000-sq.-ft. (10,869-sq.-m.) Clean Air manufacturing plant will support programs for General Motors and will be located near the automaker’s large Spring Hill assembly plant. The expansion will create up to 200 new jobs over the next three years and is the company’s second facility in Tennessee.

Then there was the July 2016 groundbreaking for the new Mercedes-Benz Vans Sprinter plant in North Charleston, South Carolina. Forget baby steps. The $500-million expansion of the existing van assembly plant represents a “big leap into the future of production at Mercedes-Benz Vans,” according to Frank Klein, the company’s head of operations.

“We are combining all of our global expertise and experience in this plant. In doing so, we make it one of the most advanced facilities in North America,” he said. “The plant will meet the highest standards in quality, based on our globally standardized production system – from the first vehicle that rolls off the assembly line.”

“We are obsessed with bringing all steps of the creation process home to America.”
— Adidas Group Executive Board Member Eric Liedtke

The company plans to include some of its most innovative production technologies in the Sprinter plant — things like connectivity, especially on the shop floor — allowing for faster pivots to both the market and consumers. The expansion includes construction of a body shop, paint shop and assembly lines, and will create up to 1,300 new jobs.

Two separate announcements of high-tech and aerospace companies investing on Florida’s Space Coast made the news this summer. Thales, a French-owned global technology company working in the aerospace, transportation, defense and security spaces, is expanding its Melbourne facility, adding 100,000 sq. ft. (9,290 sq. m.) and 327 new jobs. The announcement also included the addition of 173 jobs to be based in Orlando. The move will enhance further development of the company’s inflight entertainment business, InFlyt Experience, including issues of connectivity, revenue and content services, and other solutions. Thales’ California facility was in competition for the project, but the Brevard County site was chosen because of the region’s deep engineering and high-tech resources, and strong partnerships between the state and local economic development organizations.

In 2014, Lockheed Martin acquired Astrotech Space Operations in Titusville, a company that provides payload processing services for satellites. In July, Lockheed Martin announced plans to expand Astrotech’s capabilities to potentially include production of aerospace components and subsystems. The expansion includes creation of up to 300 jobs over the next four years. The region’s resources, especially the historically talented workforce, played a role in the company’s location decision.

“We have sites across the country, but Brevard County offers a unique blend of skilled people and a growth-friendly business environment that make it a great fit for this project,” said Tom Malko, vice president of Assembly, Test and Launch Operations at Lockheed Martin Space Systems.

GF Linamar, a joint venture between Switzerland-based GF Automotive and Canada’s Linamar Corporation, announced plans to invest $217 million in a new manufacturing facility in Mill River, North Carolina. The aluminum die-casting plant — to be built in two phases over seven years — will produce lightweight, high-pressure metal components for cars and other vehicles in the NAFTA automotive market. The project is expected to create 350 jobs over the next five years.

“This will be our fourth plant in North Carolina, an area where we have thrived thanks to a fantastic workforce and a great business environment,” said Linda Hasenfratz, CEO of Linamar. “It is rapidly becoming an important hub for us to serve our customers in the southern US and North America overall.”

German athletic shoe maker Adidas announced it will open a footwear production site in Cherokee County, north of Atlanta, Georgia, its first manufacturing facility in the US. The plant will mirror the company’s innovative pilot Speedfactory which opened in December 2015, in Anspach, Germany. The $20-million, 74,000-sq.-ft. (6,875-sq.-m.) plant is expected to be fully functional by the second half of 2017, will create 160 jobs and rely heavily on intelligent robots allowing for greater product customization.

The Speedfactory concept is a break from the manufacturing status quo, producing footwear in China or other Asian nations. “We are obsessed with bringing all steps of the creation process home to America,” Adidas Group Executive Board Member Eric Liedtke said. “We’re fueling design at the ground level of creativity in Brooklyn and reinventing manufacturing with the first Adidas Speedfactory in Atlanta. This allows us to make product for the consumer, with the consumer, where the consumer lives in real time, unleashing unparalleled creativity and endless opportunities for customization in America.”

Misti Martin, president of the Cherokee Office of Economic Development, says Adidas will build the Speedfactory on one of the county’s “GRAD certified sites” (Georgia Ready for Accelerated Development) and that “easy access to I-75, Atlanta’s international airport and Cherokee’s talented labor pool are always considerations.”

Gov. Phil Bryant and central Mississippi regional leaders welcomed the announcement that Continental Tires planned to invest $1.45 billion to build a commercial vehicle tire manufacturing plant near Clinton, in Hinds County. The project, which includes construction of a multi-million-sq.-ft. facility, expects to create 2,500 new jobs and was made possible, in part, by a $263-million incentive package from the Mississippi Major Economic Impact Authority. Hinds County contributed $20 million to the incentive package.

Lear Operations Corporation, currently a supplier for Mercedes-Benz’s C-Class sedans, recently announced plans to expand operations at the company’s Vance, Alabama, plant in order to manufacture seats for Mercedes’ GLE and GLS sport utility vehicles. The $28-million investment includes expansion of the facility, expected to be operational in 2019, and will create more than 500 new jobs.

Another automotive supplier, Gerhardi Kunstsofftechnik, announced plans to build its first North American manufacturing plant in Montgomery. The German company is investing $37.9 million to build a facility to produce interior and exterior automobile fixtures. Gerhardi expects to create 235 new jobs, and was attracted by proximity to automotive manufacturers in the Montgomery region.

“This is a great opportunity for Gerhardi, and we are very excited,” said Reinhard Hoffman, Gerhardi managing director. “Montgomery Industrial Park offers a great infrastructure, attractive support and is located close to many OEMs [original equipment manufacturers]. These benefits convinced us that this is the best place for our new facility.’


Making the Case for Regional Collaboration

Typically, economic development organizations and the states, regions and municipalities they represent are in competition with each other. But what happens when the competition is set aside and those professionals come together looking for areas of common interest? It might look like the Global South Metro Exchange, a one-day conference held July 21 in Greenville, South Carolina.

Hosted by the Upstate SC Alliance, an EDO representing the 10-county region of western South Carolina, the tone was set by the boldly declared theme: “Collaboration is the new competition.” Speakers and panelists touting the benefits of “the new competition” included the mayors of Greenville and Charleston; high-ranking officials from state agencies including the South Carolina Department of Commerce and Georgia’s Department of Transportation; and business leaders from UPS, Innovative Global Supply, BMW and JPMorgan Chase — an event sponsor.

Presentations of best practices included a regional approach to addressing the skills gap; an innovative education program to enhance supply chain and logistics careers; an initiative helping small businesses develop their export business; and a non-profit helping international families integrate and thrive in their new homes.

Marek Gootman, fellow and director of Strategic Partnerships and Global Initiatives with the Brookings Institution, spoke about the potential, but also the problems, inherent in a collaborative initiative where partners aren’t equal in size and economic significance. He cited regional challenges in complementarity, geography and economic hierarchy. “What’s in it for Atlanta?” he asked, pointedly. “What’s the business case for Atlanta to collaborate with these partners?” Gootman concluded that, as in other regional economic development collaborations around the world, “Visibility is the clearest area for collaboration,” leaving his listeners to wonder whether the effort and expense would be worth it.