This is not your father’s Northern Ireland. Companies looking for location options in the UK just two decades ago would scarcely recognize today’s vibrant Northern Ireland economy. They would be surprised to find flourishing advanced engineering, aerospace and manufacturing sectors behind much of that economic growth, a strong supply of engineering talent and a streamlined, responsive government focused on putting that talent to work.

These companies would likely know that Northern Ireland’s corporate tax rate today is 20 percent — a solidly competitive rate. But they may not realize that it’s dropping significantly in April 2018, to 12.5 percent. Even as the rest of the UK’s rate drops to 17 percent that year, Northern Ireland’s rate will be more competitive still — and on a level playing field with its neighbor, the Republic of Ireland, already at 12.5 percent.

This is catching the attention of companies exploring European and UK location options, even in the wake of the UK’s recent Brexit referendum. And it is central to the business case for existing companies to remain in Northern Ireland and to expand.

Proximity to the UK and European markets provides real value for money and is a key factor for companies investing in Northern Ireland.

“The UK as a whole has a very attractive tax regime, which we can take advantage of in Northern Ireland, especially for engineering and innovative companies,” adds Graeme Thompson, general manager of Schrader, a manufacturer of automotive electronic components — tire pressure monitors and sensors, specifically — with two sites in Northern Ireland employing 1,300 workers.

“There is very significant support for R&D, low corporate tax rates for companies selling patented products, and it’s an attractive place to do business from a tax regime point of view.”

According to Invest Northern Ireland, £1 spent by a company on R&D results in a real cost of £0.49.

“We employ more than 300 engineers, the vast majority of which are from local universities,” Thompson relates. “About 250 of those are in R&D. The average engineering salary is significantly lower than the UK average. That’s not as well-known as it should be.” 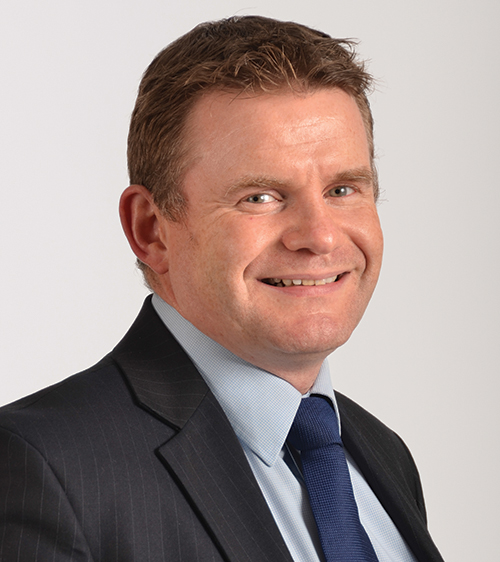 “The average engineering salary is significantly lower than the UK average. That’s not as well-known as it should be.”
— Graeme Thompson, General Manager, Schrader Electronics Ltd., Northern Ireland

In addition to Schrader, Northern Ireland is home to facilities operated by Caterpillar, Montupet, Ryobi, Sandvik and Wrightbus in the automotive and engineering sector. Advanced materials companies include Brett Martin, Creative Composites, Denroy Plastics and RFD Beaufort, among others. Terumo BCT is a leading life and health sciences company in Northern Ireland, as are Almac, Norbrook, Randox and Warner Chilcott UK (a subsidiary of Teva). And Canadian aerospace company Bombardier employs around 4,500 at its Northern Ireland facilities, where it produces major aerostructures for all of its families of aircraft, including advanced composite wings for its new C Series aircraft.

How does Northern Ireland with a population of about 1.8 million people (about the same as Nebraska) deliver so many skilled workers to so many advanced manufacturing companies? This is a society that knows it is competing regionally and globally for corporate investment. The workforce is turnover-averse and has correspondingly low attrition rates. And producing a competitive and eager workforce is the goal of Northern Ireland’s education infrastructure; 77 percent of high school graduates pursue higher education.

The two universities — Ulster University and Queen’s University Belfast — combined enroll 52,000 students, and 142,000 more are enrolled in courses at the region’s further education colleges. Both universities are home to world-class research institutes focused on the commercial exploitation of research and development.

The business community in Northern Ireland is well served by Queen’s and Ulster Universities who proactively tailor courses to what is required in the labor marketplace. There are also six major further education colleges that are focused on qualifications tailored around the more practical ‘trade’ professions. This diverse mix of academic and practical training provides an on-going resource to the Northern Ireland talent pool.

As Northern Ireland’s credentials as a location for foreign direct investment have become better known around the world, its reputation as a place that promises much and delivers more has grown. The result is an influx of new investors in addition to reinvestment by existing international firms with operations in the region. Among the newer growth sectors are technology and financial services. Testament to the appeal of the region is the fact that around 80 percent of new investors go on to invest further — endorsement indeed.

This Investment Profile was prepared under the auspices of Invest Northern Ireland. For more information go to InvestNI.com.