The Tide Turns for Oil & Gas and for Wind 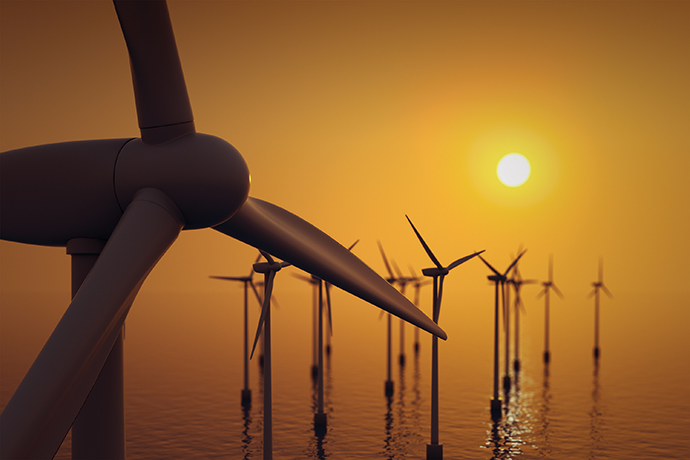 Instead of either/or, how about all of the above?

Energy companies, like the rest of the United States, are waiting to see if a new presidential administration means the US will now approve the Keystone XL pipeline. And they’re wondering if the nomination of former Texas Governor Rick Perry as Secretary of Energy might herald renewed advocacy on the part of oil & gas, which suffered from crashing prices and thousands of job losses across North America over the past two years.

But the news — perhaps lost in the post-election haze — is that oil & gas is cranking up again, even as offshore renewables are too.

The US Energy Information Administration reported that US field production of crude oil, despite slowing since April 2015, increased in 2015 for the seventh consecutive year, reaching 9.42 million barrels per day (b/d) — the highest crude oil production level since 1972. Gains were highest in Texas, the Gulf of Mexico, and North Dakota, with the three regions accounting for 77 percent of the total US increase.

On November 15, 2016, the EIA reported that the Permian Basin spanning parts of western Texas and southeastern New Mexico “now holds nearly as many active oil rigs as the rest of the United States combined, including both onshore and offshore rigs.”

A big reason: spot prices have inched upward from $30 per barrel in the first quarter of 2016 to between $40 and $50 since April 2016. Improved credit conditions are helping too, said the EIA. The EIA forecasts that production will increase in the second quarter of 2017.

That same November date saw news from the US Geological Survey announcing the largest estimate of continuous oil that USGS has ever assessed in the United States. According to the assessment, the Wolfcamp shale in the Midland Basin portion of Texas’ Permian Basin province contains an estimated mean of 20 billion barrels of oil, 16 trillion cubic feet of associated natural gas, and 1.6 billion barrels of natural gas liquids.

“The fact that this is the largest assessment of continuous oil we have ever done just goes to show that, even in areas that have produced billions of barrels of oil, there is still the potential to find billions more,” said Walter Guidroz, program coordinator for the USGS Energy Resources Program. More than 3,000 horizontal wells have been drilled and completed in the Midland Basin Wolfcamp section, said the USGS.

At press time, US renewables were advancing in multiple ways too. The first commercial US offshore wind farm, Block Island, was due to come online by year’s end.

On September 9 in Boston, US Secretary of Energy Ernest Moniz and US Secretary of the Interior Sally Jewell announced a plan to accelerate the development of offshore wind energy in the United States, which they said has the potential to produce 86 gigawatts of power by 2050.

The National Renewable Energy Laboratory estimates that the United States has 4,200 gigawatts of potential offshore wind energy, with the majority of that potential in federal waters.

But not all US wind is coastal. There’s plenty of it back in Texas too.

On November 17, in a statement regarding the impact that the new presidential administration will have on the US wind industry, John Billingsley, chairman and CEO at wind energy developer Tri Global Energy, said, “There will be plenty of room for both renewables and fossil fuels. The wind rush has been strong in Texas where wind energy has grown faster than any other US state ... The new Administration should light a fire under the economy through the processes of tax reform and spending millions of dollars on building infrastructure … Wind energy is going forward. Period.”