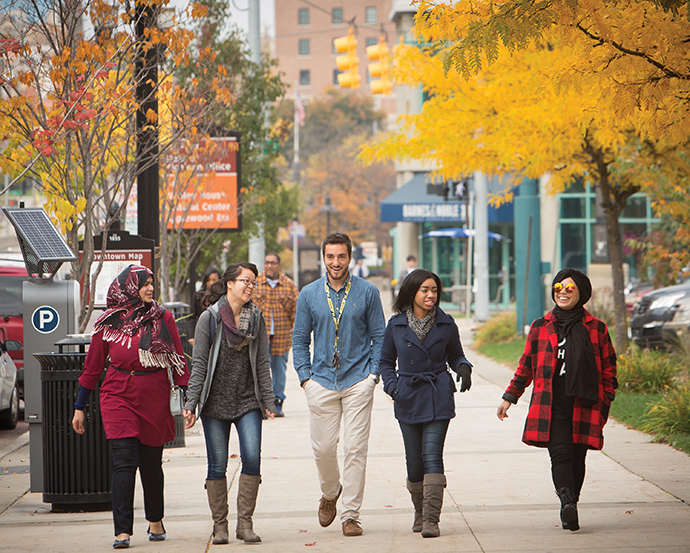 Students at UM-Flint are part of the city’s bright future.
Photo courtesy of UM-Flint
by RON STARNER

What does it take to compete globally in the most competitive business on the planet?

Ask Bob Waun and Jeff Lamarche, veteran executives of the banking and automotive manufacturing trades, respectively, and they’ll tell you.

Access to markets, a world-class logistics network, and a highly skilled technical workforce are prerequisites, they say — three big reasons why their companies are spending substantial sums to make products in Flint, Michigan.

Waun, CEO of C3 Venture Flint LLC, is overseeing a $9.68-million investment that will create up to 400 jobs making plastic parts for automotive clients. C3 will initially occupy 35,600 sq. ft. on a 17.69-acre site in an industrial park on James P. Cole Boulevard in a town that is rapidly building a case for “Comeback Capital of America.”

“We became interested in Flint after reading about the water crisis,” says Waun, whose firm has big plans for the town known as Vehicle City. “We were actively working on our manufacturing program in Pontiac. It was also a hard-hit automotive town, and we are in the automotive parts business. Four factors sold us on Flint: the well-trained manufacturing workforce in the city and region; a location that is central and proximate to many of the companies that we do business with in the automotive sector; the relative cost, which makes it easier for us to compete with foreign markets; and the environmental awakening that America is having right now.”

C3 stands for “Clean Air. Clean Water. Clean Soil.” The firm will use both recycled plastic and bio-plastic in its manufacturing process. “This is the green cleantech vision that we have for C3,” says Waun.

Waun says C3 is building out a half million sq. ft. of industrial space on the site and eventually will hire 380 workers. “We are already open on a small scale, but we will be fully operational by the middle of next year,” he notes. “We looked heavily in California, North Carolina, Central Florida, Texas, China and Turkey before selecting Flint for this plant. At the end of the day, we felt that we could really win with the workforce that is here in Genesee County. It is hard to find 300 qualified manufacturing people, and we had 600 applicants for our first 50 job openings. We easily found the first 50 hires.”

GM Keeps on Truckin’ in Flint

Jeff Lamarche, director of Flint Manufacturing Operations and plant manager for Flint Assembly for General Motors, says the same advantages give GM a leg up in Flint.

“The faith that we have in the Flint workforce has been rewarded,” he says. “We have been winning JD Power quality awards over the last several years for the trucks that we build right here in Flint. This is the best quality you can get from any plant.”

GM demonstrated its faith by investing $2.8 billion into various expansion projects in Flint since 2009. This includes a 1.6-million-sq.-ft. paint shop that opened in October and an 800,000-sq.-ft. body shop that just broke ground.

We felt that we could really win with the workforce that is here in Genesee County.”
— Bob Waun, CEO, C3 Venture Flint LLC

Originally opened in 1947, GM Flint Assembly today employs 2,800 workers and is considered one of the most technologically advanced manufacturing plants in the world. It makes the Chevrolet Silverado and GMC Sierra full-sized pickups, including Heavy Duty and Light Duty.

“Flint had some issues but the investments GM is making shows the resilience of Flint,” says Lamarche. “There really are a lot of good things going on here. It is not just the water crisis. Flint is doing well and is poised for an even brighter future with the investments we are making. This is also helping our suppliers to take a closer look at Flint.”

Tim Herman, president of Uptown Reinvestment Corp. and CEO of the Flint & Genesee Chamber of Commerce, says the investments of GM and C3 are emblematic of what’s happening in this county of 418,408 people at the confluence of I-75, I-69 and US 23.

“There is a combination of events that are bringing people to Flint, and that is driving continued investment into our downtown,” he says. “Over the past 10 years, we have seen $100 million poured into the redevelopment of downtown Flint. These include projects like the Capitol Theatre, the Health & Wellness District, and the Flint Farmers Market. The $32-million Health & Wellness District won the Redevelopment of the Year Award from the Urban Land Institute.” 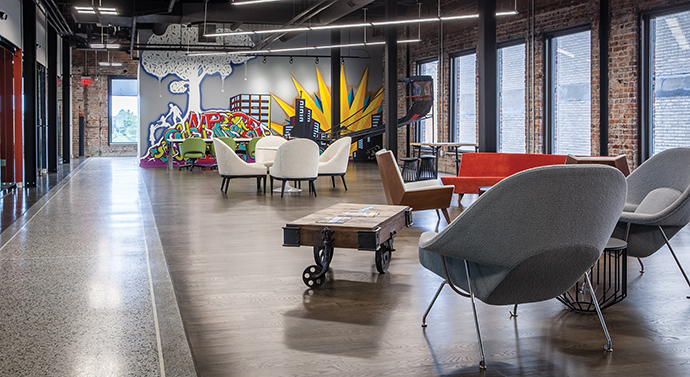 Herman notes that Uptown Reinvestment Corp. started in 1999 and has played a pivotal role in revitalizing Flint’s urban core. “Eighty percent of the buildings in downtown Flint were vacant in 2000,” he says. “Today, more than a million visitors flock to downtown Flint every year. Some 1,300 people live in downtown lofts and apartments, and the goal is to have 4,000 people live downtown within five years.”

The transformation of the city continues, adds Herman, but signs of progress abound. “We had a lot of challenges with the water crisis, but Flint is open for business. Flint is transforming its economy. The residents are resilient and Flint is moving forward.”

This Investment Profile was prepared under the auspices of the Flint & Genesee Chamber of Commerce. For more information, contact Janice Karcher at 810-600-1429 or by email at jkarcher@flintandgenesee.org. On the web, go to www.flintandgenesee.org.