In The (Free Economic) Zone? Probably.

Much of South Korea is a free economic zone, if going right to China isn’t in the cards. 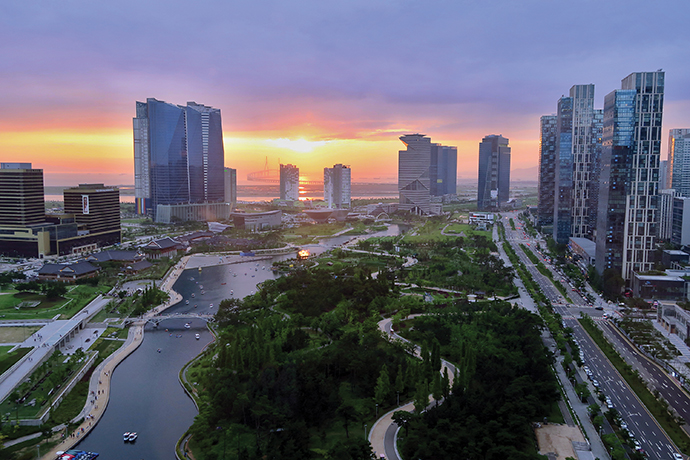 Two months before a political storm swept President Park out of power in Seoul, a contingent of US site consultants descended on the South Korean capital to begin a week of visits to several Free Economic Zones and to attend Foreign Investment Week meetings organized by KOTRA, the national investment promotion agency.

In addition to Incheon FEZ, South Korea’s signature economic zone and pre-eminent business hub outside Seoul, the group visited three other zones: (1) Yellow Sea FEZ in the northwest, home to 3,350 conglomerates including 3M, Samsung Electronics, Hyundai and LG Display; (2) Busan-Jinhae FEZ on the south coast, a major transshipment and logistics hub and home to 90 percent of Korea’s shipbuilding companies; and (3) Daegu-Gyeongbuk FEZ in the southeast, home to steel, automotive components, IT and software industry clusters and future home of a major medical industry cluster. Korea is home to eight FEZs — specially designated areas created to improve the business and living environment for foreign-invested firms in Korea, is the official definition.

Since Korea is a peninsular nation, it stands to reason that a key strategic asset to many of the FEZs is their port. Yellow Sea’s zone has Pyeongtaek port, which will have 79 berths by 2020. Busan-Jinhae’s port will have 45 container berths by then and will be able to handle 22 million TEUs. Incheon’s port today can handle 12,000-TEU mega cargo ships. The benefit of these facilities was not lost on the consultants.

Invest Near China — or in China?

But there’s another side to the port coin, says Levine.

“The biggest obstacle to port development in most of the FEZs is that they are competing with each other, and growth is dependent on future trade with China,” he notes. “The key question that I kept asking was, if a company wanted access to China, why not locate in China instead? I know the Koreans pitch Korea as a logical access point to China. I am not convinced that was their most competitive strength or compelling argument, however. Incheon is developing the city of tomorrow — that’s a much more compelling story to clients that I represent.”

“There is no argument that South Korea is one of the most advanced economies in the world and offers a very talented workforce with advanced skills.”
— Will Hearn, Senior Vice President, CBRE Advisory & Transaction Services

“Incheon FEZ has the look and feel and professional organization of a modern FEZ,” he relates. “Incheon FEZ appears to be developing as a very high quality ‘live, work, play’ center. The nature of the development is very high end with housing, high-end office developments and, as we saw, a play toward high-end cultural amenities. In this sense, Incheon is in a class by itself, but functions more as an extension of the Seoul Urbanized Area.

“I think more assessment would need to be undertaken to determine if the location is appropriate for manufacturing, or more service industries, such as software development centers or very-high-end call center operations that require multiple language skills,” Hearn continues. “As far as considering Incheon as a gateway point for China, the location makes sense. However, the appeal will depend on the tenant and whether it makes sense to stay in Korea or simply site facilities in China itself. There is no argument that South Korea is one of the most advanced economies in the world and offers a very talented workforce with advanced skills.”

To a person, the consultants were sold on the benefits a South Korean FEZ location — virtually any of the four we visited — would afford their clients. WILO Pumps Ltd., a division of Dortmund, Germany-based Wilo SE, one of the world’s leading providers of pumps and pump systems for the building technology, water and industrial sectors, opened a 51,000-sq.-m. (549,000-sq.-ft.) facility in the Busan-Jinhae FEZ in 2013 where 400 employees work. The location affords proximity to customers and suppliers and top-notch logistics infrastructure, explained Dongkyu Lee, director of operations. It also affords a 100-percent reduction in corporate income tax for five years, or 50 percent for two, and rent-free land under a 50-year lease with BJFEZ.

Still, Hearn and others are cautious.

“One of the major issues of siting a facility in South Korea would be having access to local expertise,” he notes. “For many projects, the FEZ infrastructure is a great opportunity, but also requires some effort at getting through the bureaucratic hurdles. This would be true in many other countries for FDI projects regardless of location. For this, it really helps to have local representation, or an office in the country. One of the other major considerations — and this depends on the client and the size of the operation being sited — is that South Korea has so many powerful companies and traditions of lifelong employment. I think one would need to consider carefully the ability to compete for labor with these major firms.”