Mexico reacts quickly to US elections.

American sociologist Robert Merton’s law of unintended consequences has evolved to include political actions that result in events not foreseen by the originating government body.

The run-up to the US election on November 8 saw campaign-cycle rhetoric that challenged US manufacturers’ business structure and integration practices in the North American economy. The common thread to protect US jobs, raise wages, and grow manufacturing in the US is appealing.

Yet the advocacy neglected to disclose that by November 2016, US manufacturing output and employment had nearly returned to 2007 levels, and exceeded 2009. Even more importantly, the annual number of factory closings and migrations was not increasing. NAFTA withdrawal was one of numerous campaign pledges made by the President-elect during the heat of the election cycle, leaving our team of specialists to discuss, “What would be the consequence and what happens next?”

The consensus in Mexico is that Trump pronouncements for a 35-percent tariff increase for targeted products entering the US will equal a self-defeating trade policy.

The first election result already drove a 12-percent devaluation of the Mexican peso, making US export products more costly to sell. Conversely, 40 percent of Mexican exports to the US contain American content. Increased tariffs automatically increase the price to the US consumer for cars, electronics, phones, medical, aerospace and other products.

North American firms have spent the last 15 years leaning out their supply chain and manufacturing processes. To raise tariffs now will impact production in all locations, increase expenses and again, consumer prices.

Higher tariffs and moving production to the US have further unintended consequences.

Historical escalation of protectionist measures against China has backfired, creating retaliation against US auto and agricultural products. Higher entry prices to the US result in lower corporate sales, falling investment and less hiring. This will result in job loss in both Mexico and US, and downward pressure on US wages to remain competitive.

Many federal agencies in Mexico are managed by younger-generation, disciplined technocrats educated in the best business schools in the US. Another consequence of the election is that Mexican government teams prepared contingency plans in the event of either US candidate winning. While Mexico already has free trade agreements with 45 countries, now it is launching a more globalized market strategy designed for less reliance on the US. For Mexico, globalization is changing, not ending. 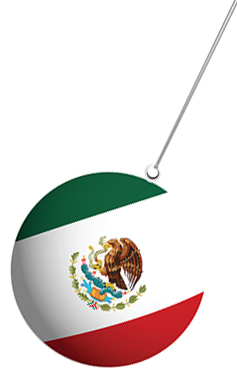 Since the election, Mexico has moved quickly to strengthen ties with China.

For Mexico, globalization is changing, not ending.

In November, Mexico also began the first round to modernize the EU-Mexico Trade Agreement. The EU seeks to modernize the 16-year-old accord, and Mexico has identified six sectors for update. The results of the EU elections in 2017 will help to gauge potential success of the Trans Atlantic Partnership.

During December 2016, Mexico surpassed Canada as the US primary trading partner. Much of the increased trade results from the OEM automotive business originating in central Mexico. Mexican officials are signaling a willingness to discuss an update to NAFTA. The trade relationship between Mexico and US is an integrated production sharing arrangement, with materials potentially crossing the border several times. China’s relationship to the US is more of a lender and seller.

The appointment of Rick Perry as US Secretary of Energy will also leverage oil and gas sector opportunities. Numerous US firms are already deeply involved offering equipment, resources, and services. Much of the equipment for exploration, extraction, and processing Mexican oil and gas is imported from the US. Significant amounts of energy are already exported from the US to Mexico, under the relaxed energy accords of 2016.

What We See Across Mexico for Foreign Firms

NAI coordinates with 60-70 international firms, at various stages of planning for Latin America, at any given time. After the election, NAI polled firms from the US, Canada, Europe and Asia regarding Mexico planning.

Foreign firms with current Mexico operations: Of those with expansion plans, 90 percent are still moving forward.

Foreign firms currently investigating Mexico: None are cancelling, but 35 percent are postponing plans for six to nine months. Few want to publicly share their plans.

Foreign firms considering Mexico for the first time are likely to utilize a more extended planning process, with additional fiscal and transfer pricing analysis. Operations already in Mexico will preemptively perform network rationalizations to reconfirm best practices for their North American supply chains. In a few cases, when politically expedient, some firms will establish parallel manufacturing plants, with some final assembly in US markets.

What Will Not Happen: The new administration will not replicate the Carrier deal to launch a company-by-company industrial policy. US and foreign firms will not unbolt and remove their factories from Mexico en masse, because it’s not possible to disrupt the deep integration of the North American supply chain.

In the short term, (next three to six months) the US will experience new infrastructure commitments and positive news with some job growth resulting from new investments. During the first 100 days, the Trump administration will not conclude any immediate structural changes with NAFTA, as it will be focused on immigration, the Affordable Care Act and ISIS security issues.

During the mid term, (six to 12 months) the administration will judge the realistic potential to raise taxes on imports entering the US, potential retaliation from trade partners, impact on domestic sales, investment, and employment loss, and disruption in production to US firms.

Investment plans are quietly proceeding for foreign firms. Operations currently in Mexico will conduct network analyses with their supply chains. Those not in Mexico will assess the market, and proceed in six to nine months. 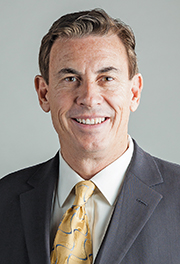 The newest trend for 2017 will be for Mexico to attract more R&D operations from US manufacturers in Silicon Valley and nationwide. Global R&D centers such as Yumana Tech Center in Tijuana have launched to leverage the advantages of the Cali-Baja megaregion bordering San Diego.

Gary Swedback, CEO of NAI Mexico and founder of NAI Panamericas, can be contacted at gswedback@naimexico.com. NAI Mexico provides real estate advisory, transaction site selection and capital markets services for foreign and Latin firms from Mexico to the Caribbean and throughout Latin America.