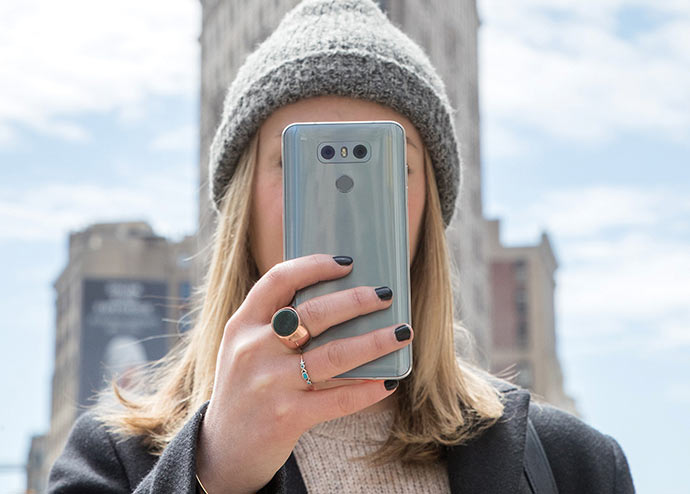 LG Electronics in April announced the commencement of shipment of its G6 smartphone to international markets.
Photo courtesy of LG
by ADAM BRUNS

From giant TVs to ever-larger smartphones, the world craves screen time — and that requires more and bigger screens. That constant need has driven new liquid-crystal-display investments in Asian markets in particular, including several Chinese and Indian cities. That may explain in part why Shanghai heads the Asia Pacific rankings in this sector in the 2017 World’s Most Competitive Cities report (siteselection.com/cc/wmcc/2017), followed by Chennai, Singapore and Ho Chi Minh City in surging Vietnam.

That’s where ON Semiconductor not long ago invested in a $75-million expansion. ON was among the world’s revenue leaders in 2016. IHS Markit reports that the global semiconductor market posted a year-end growth rate of 2 percent in 2016, helped especially by tech embedded in cars. Global revenue came in at $352.4 billion.

IHS Markit says electronics equipment sales (including an astounding 225 million TVs as recently as 2013) account for as much as 4.4 percent of the global manufacturing economy.

Production of electronics and computers has slowed recently, most acutely among Asian producers in Japan, Korea and, to a lesser extent, China, notes Oxford Economics’ Dan Levine. United States and European production has held up reasonably well, explaining why traditional leaders such as Austin (where Samsung and Cirrus Logic have expanded), Berlin and Barcelona stay at the top. Meanwhile, the precision assembly and manufacturing reputations of San José, Costa Rica, and Tijuana continue to be based on real work and production, as those cities lead the Latin American region.

Slowing smartphone sales are adversely impacting semiconductor production, and much of the industry’s supply chain is shifting its focus to higher-end devices such as those used in data centers and cloud computing, notes Levine.

Some places already are set for that migration: High-ranked cities such as Singapore and Dublin are good examples of places with an electronics heritage where investors such as Accenture and Microsoft (in Dublin) and Google and Twitter (in Singapore) see the opportunity to marry data center heft with cloud-based services.