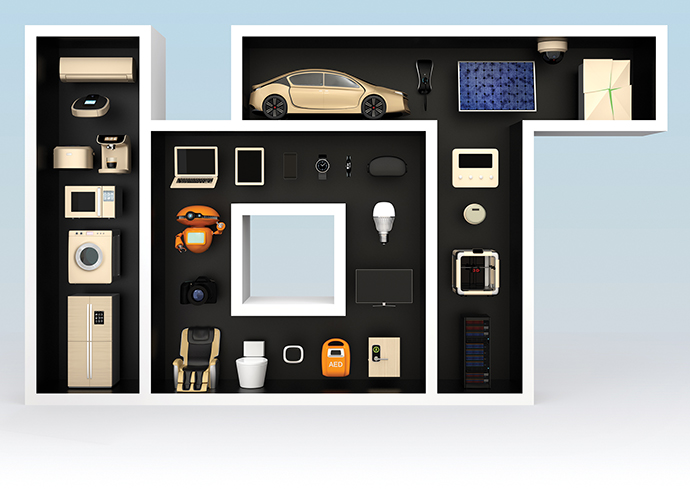 When it comes to a growth economy, the name of the game these days is IT, ICT or the IoT— even in an industrial plant in the countryside. But cities especially are identified with the high-tech economy and all its permutations: smart infrastructure, ubiquitous social media, a rich broadband environment, e-mobility and digital media, to name a few.

The broadband factor and the low latency that comes with it are important to a lot more than just data centers, but those facilities’ location trends can be an indicator. Thus, it’s no surprise to see Washington, D.C.; Atlanta and Dallas-Fort Worth — three perennial hubs of data center activity — atop the 2017 World’s Most Competitive Cities North American rankings (siteselection.com/cc/wmcc/2017).

Where is Silicon Valley? First, it’s not one metro area, but many. And despite being the anchor location for so many of the world’s leading tech firms, the region is not necessarily seeing a lot of locations and expansions by those firms (Apple’s new “spaceship” HQ notwithstanding). The same could be said for the finance and tech capitals of Toronto and New York: Competitive by dint of reputation and decades of build-up, but not by the physical facility location and expansion yardstick used by this report.

The connective infrastructure theme carries over to Berlin, London and Dublin atop Western Europe’s rankings. The trend continues in the Asia Pacific, where Singapore tops the charts, followed by four Indian metropolises known for their IT prowess, led by Hyderabad.

Many of those highly connected cities also happen to be country capitals, parlaying the infrastructure of national security into regional economic security. Thus we see Cairo, Lagos and Johannesburg the most competitive in the Middle East and Africa; Prague and Budapest in Eastern Europe; and Mexico City, Lima and Bogotá in Latin America (No. 1 São Paulo being the exception to the rule, due to Brazil’s utopian purpose-built city of Brasilia fulfilling the role of capital since 1960).

Whether they’re seats of government or not, the IT capitals of tomorrow know that filling seats with young and capable talent is the true name of the game. Explore these cities and the others on your company’s shortlist to see just how their human infrastructure aligns with their high-tech equivalent. 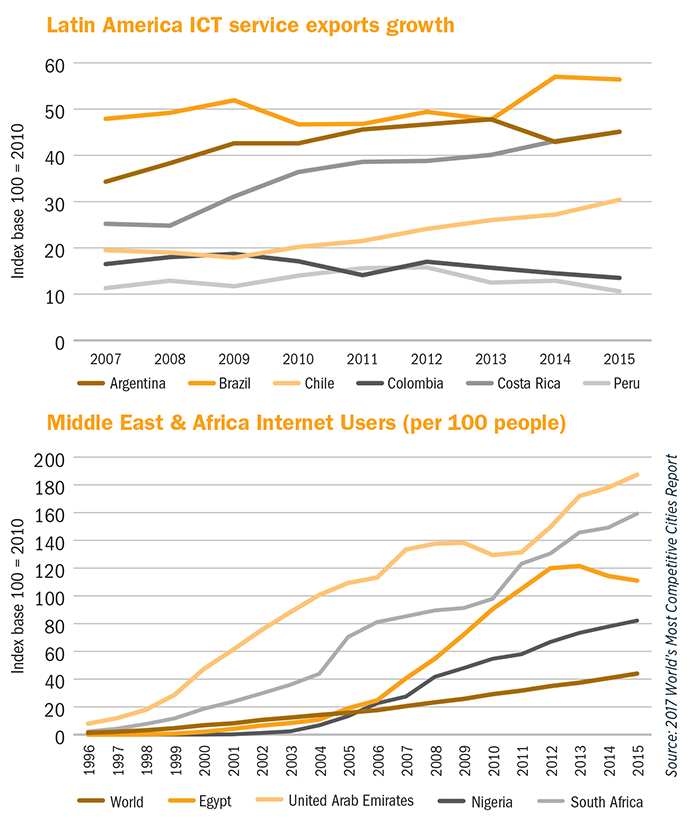