Turn for the Better 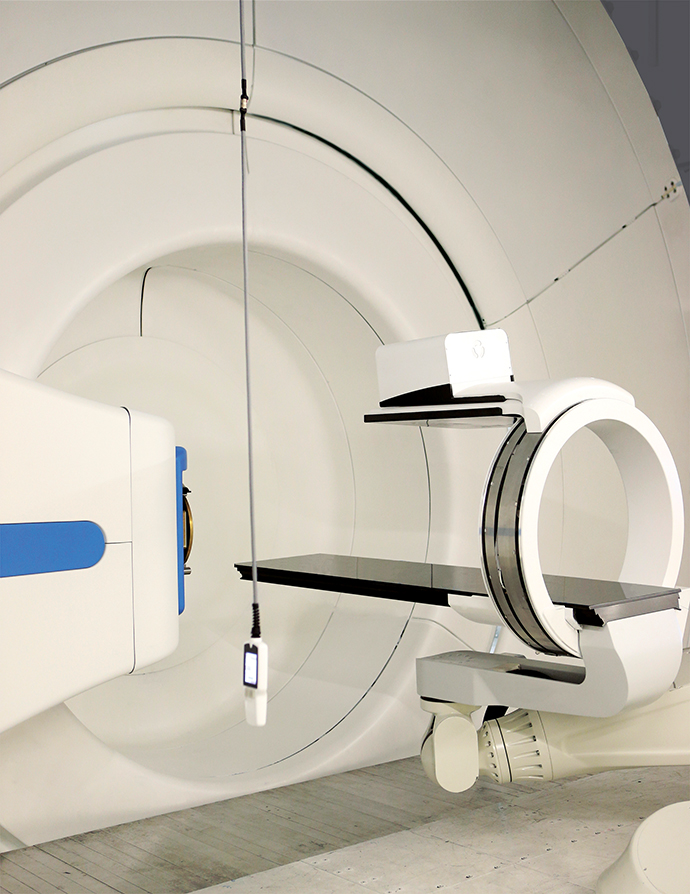 Louisiana’s energy-driven economic health has never been more robust. Now may be the time to bring human health — and the life sciences, medical tourism and healthcare sectors — along for the ride.

What do you do when an unpleasant legacy keeps casting its shadow? In Louisiana, you take steps to set things right. And in so doing, you create something new — maybe even a true paradigm shift.

We’re not talking about removing Confederate monuments or turning hurricane recovery into a reputation for resilience — though both illustrate the pattern. We’re referring to what some residents used to describe as the “toxic gumbo” long associated with the corridor of petrochemical development many refer to as “Cancer Alley,” among other unbecoming labels. It runs like a main artery through Louisiana’s economy and topography, and continues to attract major investments.

Make no mistake: Energy is king in Louisiana, and will be for some time to come. A glance at the top 20 projects by investment in the state since January 2016, tracked by Site Selection’s Conway Projects Database, shows that nearly every single project is from the energy sector — cumulatively they total more than $62 billion (see chart).

That explains why Greater New Orleans was No. 2 in energy in North America — second only to Houston — in the 2017 World’s Most Competitive Cities report released earlier this year by Conway, with data and analysis from EY and Oxford Economics. Greater Lafayette was No. 5. In the plastics & chemicals sector, Baton Rouge was second to Houston in North America.

But the state’s leaders, metro areas, institutions and those petrochemical firms themselves are increasingly aware of their state’s health profile. In some cases it draws investments.

The Provision proton therapy site in New Orleans will build on facilities the company has built elsewhere, starting with this one in its hometown of Knoxville, Tennessee.
Photo courtesy of Provision Healthcare

This spring, within weeks of each other, two major investments totaling $185 million landed in New Orleans and Baton Rouge to build proton therapy centers for cancer treatment. They’re part of a cluster of institutional and treatment investments that has formed, at least in part, because of the ready population of clinical trial participants.

“Cancer incidence and mortality rates among men and women in Louisiana are worse than the national rates for all cancers combined, and cancer remains the second-leading cause of death here,” said Chancellor Larry H. Hollier, M.D., of LSU Health Sciences Center New Orleans, at the announcement of a $100-million capital investment from Provision Healthcare and its partners in the forthcoming Louisiana Proton Therapy Center on the University Medical Center campus on Canal Street in the New Orleans biomedical corridor. “In putting this innovative technology to work for our patients, we hope to make great strides in reducing those stark statistics and greatly improve both their quantity and quality of life.”

With only two dozen proton therapy centers in operation in the nation — the nearest centers being in Shreveport and Houston — Provision will introduce a more efficient prototype facility in New Orleans, where the company and local partners expect to draw a wide range of regional, out-of-state and out-of-country patients. The broad geographic base is expected to drive greater medical tourism to New Orleans and increase the city’s profile as a healthcare destination.

“Every year, nearly 2 million Americans are diagnosed with cancer, and they frequently face life-threatening consequences,” Louisiana Governor John Bel Edwards said. “Of these patients, several hundred thousand are good candidates for proton therapy and would greatly benefit from these innovative treatments. Yet fewer than 10 percent of those patients can now be served by existing proton therapy centers. We’re proud that New Orleans will be a vital part of the solution for increasing this life-saving capacity. We’ll see our largest city become a stronger healthcare magnet because of this center. Most importantly, we will see more lives saved in Louisiana.” 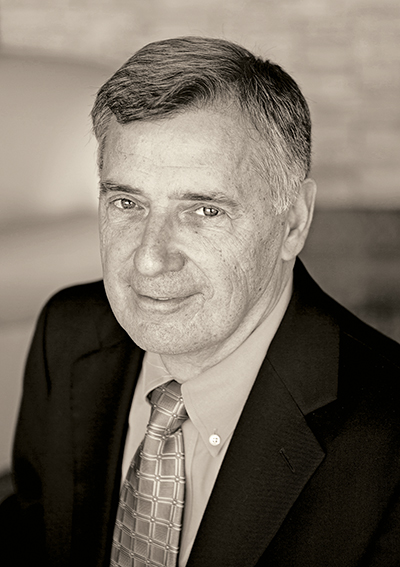 “Provision chose to expand and invest in Louisiana because of the strength of the healthcare community in Louisiana and New Orleans, and the support and collaboration received from local and state authorities,” said Provision CEO and founder Dr. Terry Douglass. “We believe that proton therapy can benefit Louisiana and New Orleans, which has some of the highest cancer-incidence rates in the country. In addition, we are particularly excited about the possibility of working with LCMC and LSU Health and the vision that they have to provide world-class cancer care in New Orleans.”

Provision plans to break ground on the Louisiana Proton Therapy Center before the end of 2017. Following a two-year construction phase, the center will begin seeing patients by late 2019.

“As the region’s leading academic medical center, access to cutting-edge technology and research is a core part of our mission at University Medical Center New Orleans,” said CEO Gregory C. Feirn of LCMC Health. “This proton therapy center can provide next-generation cancer treatment to our community and region – an innovative tool in our fight against cancer and in solidifying UMC’s role in destination healthcare.”

In addition to a $1-million performance-based grant from Louisiana Economic Development as well as the workforce solutions of LED FastStart and anticipated incentives from the state’s Quality Jobs Program, Provision and the Louisiana Proton Therapy Center have engaged The HWH Group to pursue federal New Markets Tax Credits that support redevelopment in the city’s biomedical corridor. “Beyond the healthcare partnerships, a central factor in selecting the University Medical Center site is its location in a qualified US census tract,” the organizations said in a release. “The location qualifies the proton therapy cancer center development for federal financing through the New Markets Tax Credit program.” 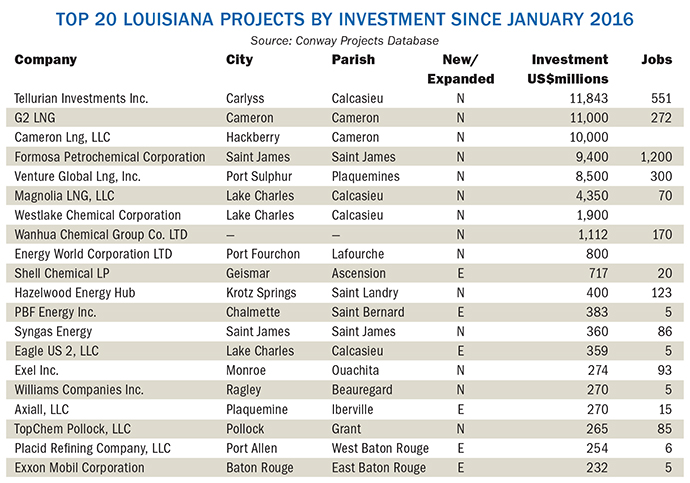 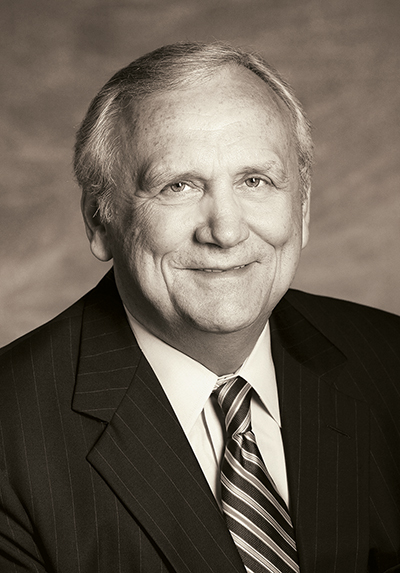 “It has been our vision and a mission of Provident over the past decade to bring this amazing technology to Louisiana and the Capital Region to serve the citizens of our state and region and treat cancer, especially cancer in children.”
— Steve Hicks, Provident Resources Group Chairman and CEO

“We chose to make this substantial investment in Louisiana and the Baton Rouge region, due to the outstanding cancer care being provided by the health providers in Greater Baton Rouge,” Hicks said. “Furthermore, the support of the State of Louisiana and LED was a major factor in our decision to locate our next proton therapy project in Baton Rouge.”

In an email, Hicks noted, “It has been our vision and a mission of Provident over the past decade to bring this amazing technology to Louisiana and the Capital Region to serve the citizens of our state and region and treat cancer, especially cancer in children. Provident has assembled a national team of experts in proton therapy projects for the development, financing, design and construction of the Louisiana ProtonCare Center that includes Gilbane Development Company, Gilbane Building Company, Stantec Architects (formerly VOA), Citigroup Global Markets, and IBA — Ion Beam Applications, the manufacturer of the equipment for the facility. We are excited to combine Provident’s mission to advance healthcare in the communities we serve with the missions of our clinical partners in Baton Rouge.”

“This is exciting news for Baton Rouge, where far too many of our residents and their families have been affected by cancer,” said Baton Rouge Mayor-President Sharon Weston Broome.

“This center will not only provide optimum care and hope for patients, but it will be a great asset to the economic development of the capital city.”

Construction of the proton therapy center will begin in 2018, with an anticipated opening in late 2019.

According to Time magazine, Greater New Orleans ranks No. 5 in the nation for in-migration of millennials. From 2010-2015, the New Orleans MSA saw an 8.5-percent increase in its 25-34-year-old population.

“This innovation is a gleaming example of what can be accomplished when the talent, expertise and teamwork of our local healthcare providers and businesses are marshaled for a higher purpose,” said Suzy Sonnier, executive director of the Baton Rouge Health District and the former COO at the Louisiana Workforce Commission. “It’s going to be something special for our area that will expand the already significant cancer care capabilities in the region. Establishing a proton center is a very complex and costly endeavor, and an investment that is only possible through a strategic and collaborative effort.”

Provident and Provision both are establishing proton therapy centers across the country.


The State of the State in Life Sciences

The growing effort to improve the health of Louisiana’s population and workforce goes hand in hand with two other pushes to grow the state’s life sciences sector and its cohort of startups. In early 2016, Baker Donelson and LouisianaBio released a thorough and candid report on the “State of Life Sciences Entrepreneurship in Louisiana.”

“The report confirms that we are doing certain things well, but also identifies areas for improvement, such as better publicizing sources of capital and research funding at the state and federal levels and through private investment opportunities,” said Rhonda Melancon, executive director of LouisianaBio. “Early access to funding helps fuel research and helps strategically grow businesses in the life sciences industry, hopefully enabling them to become economic powerhouses for Louisiana and show our state’s potential.”

The timing couldn’t be better: According to Time magazine, Greater New Orleans ranks No. 5 in the nation for in-migration of millennials. From 2010-2015, the New Orleans MSA saw an 8.5-percent increase in its 25-34-year-old population. “The young entrepreneurial spirit is a very positive aspect of New Orleans’ biotech future,” said one corporate leader surveyed for the report.


Project Update — Among the project news crossing the transom this year so far: