A Global Scorecard for Startups 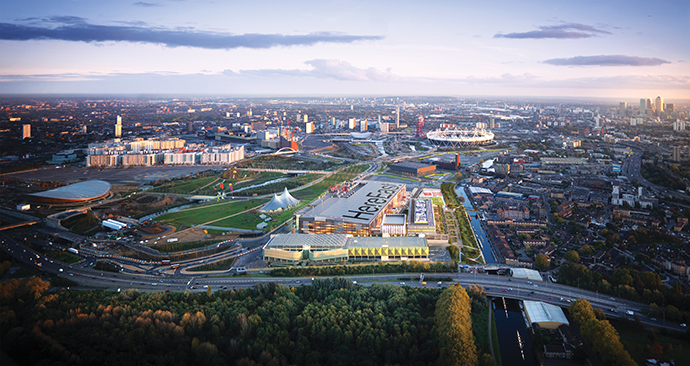 During London Tech Week in June, Mayor Sadiq Khan outlined a vision for London — now the No. 3 startup ecosystem globally — to become the world’s leading “Smart City,” including the launch of Europe’s largest connected business campus for startups — Plexal — at Here East (pictured), the name given to the redevelopment district on the grounds of the 2012 Olympic Games.
Photo courtesy of Here East
by ADAM BRUNS

The rigor of the report — whose top five regions are Silicon Valley, New York, London, Beijing and Boston — is hard to beat. (For the full report, go to startupgenome.com/report2017.) So Site Selection has partnered with San Francisco–based Startup Genome to showcase results of the 55-city analysis here, along with an exclusive Q&A with Startup Genome's Marc Penzel, one of the report’s lead authors.

Drawing on data from 10,000 startups and 300 partner organizations, the Global Startup Ecosystem Report 2017 reveals how successful tech innovation is being led by young entrepreneurs all over the world.

The ranking is primarily driven by one question: In which ecosystems does an early-stage startup have the best chance of building a global success? They can be useful in answering strategic questions related to location. For startup leaders: Where should I form my tech startup in order to maximize my chances of building a global success? Where should I open a second office and move a company function, taking advantage of another ecosystem’s strengths, and compensating for weaknesses in my original ecosystem?

For investors, support organizations, advisors, and others: How can I help address the ecosystem’s weaknesses? What are the factor gaps we need to work together to solve?
Major insights revealed by this year’s report include:

Concentration remains a major concern: In 2015 and 2016, the top 10 ecosystems by sum of exit value (not the top 10 according to the multi-variable ranking) captured about 85 percent of the global exit value of tech startups. These 10 cities are all located in only four countries. It’s important that the tech industry diversifies geographically in order for more cities to participate in the job creation and economic growth created by the tech sector and for it to become more evenly distributed.

Global connectedness can be measured and is a predictor of success: It is now demonstrably possible to quantify the networks that are created by entrepreneurs and to prove that global connectedness leads to faster growth and greater odds of creating globally leading startups.

The time to invest is now, but the investment required is substantial: It’s generally accepted that it requires at least 10 years if not 20 for a vibrant entrepreneurial ecosystem to develop in a city or region. In New York City, where a vibrant startup ecosystem has only coalesced in the last few years, the seeds were planted at least two decades ago. Building on prior efforts, Israel and Singapore implemented innovative and aggressive policies in the 1990s to spur the growth of their startup ecosystems. Singapore appeared in the top 10 ranking for the first time in 2015.

“We’re seeing a lot of demand for insight into what makes the world’s most successful innovation ecosystems tick, and how this knowledge can be replicated and scaled in different regions around the world,” said JF Gauthier, CEO, Startup Genome. “Civic leaders want to invest in innovation, entrepreneurship and job creation, but they often lack the know-how to quantify what development stage their local ecosystem is at and what tangible policies and activities to focus on in order to accelerate through the ecosystem lifecycle. This report offers a concrete starting point.”

Among your top 20 ecosystems, only four showed upward movement in the rankings: Berlin, London and two Canadian hubs in Vancouver and Toronto. What’s working so well for these four metro areas? 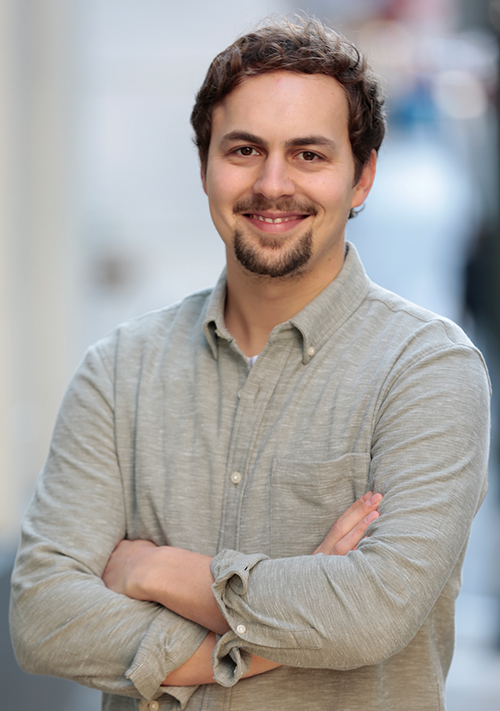 Penzel: While every ecosystem has unique reasons for success, these four places do share some elements that help account for their rise up the rankings. They each showed strong gravitational pull in attracting entrepreneurs and startups from elsewhere. They are global cities that have helped increase the Global Connectedness of their startups, which has meant success in reaching global customers. Their local VC communities have grown substantially and gained sophistication and experience over time, helping attract more international investors and founders. And all four are seen as desirable places to live with rich cultural offerings. In Vancouver, for example, all of this has meant the emergence and growth of companies such as Hootsuite and Slack.

Shanghai, Beijing and Stockholm are new to the Top 20 this year. What accounts for their sudden appearance, especially the two Chinese metros vaulting immediately into the Top 10?

Penzel: Stockholm has been internationally recognized as a strong startup ecosystem for a while now and is especially known for producing a lot of big successes, such as Spotify, relative to the size of its population. I believe that the small domestic market helps shape the right mindset of building global business models and engaging with entrepreneurs across the globe. China is a different case. This year for the first time we were able to develop a solid understanding of Chinese metros, especially Shanghai and Beijing. Both ecosystems obviously benefit from the domestic market of 1.3 billion people and government investments in excess of $230 billion in 2015 alone. It was interesting to see that many performance metrics were only narrowly behind Silicon Valley, particularly in Beijing. China’s startup ecosystem is growing rapidly and may soon overtake other leading nations.

Which regions outside the Top 20 are poised to rise into that select group?

Penzel: In our Global Report, we listed several runner-up ecosystems that look set to crack the top 20: These include Denver-Boulder, Helsinki, Atlanta, and Jerusalem. We also expect, as we expand the scope of our assessment, to see strong showings from cities such as Dublin, Hong Kong, and Shenzhen.

Why could over-concentration of tech startups be bad for overall economic growth and job creation?

Penzel: More and more places are trying to foster clusters of tech startups — and that’s a very good thing. What we have seen in the last two decades at the global level, however, is a concentration in the rewards from that startup activity. The top three ecosystems in the world account for 51 percent of total global ecosystem value, and the concentration hasn’t changed much over the past decade. So our findings suggest that global concentration of ecosystem outcomes may not be positive for individual ecosystems. For each ecosystem, of course, there are potential externalities that may arise from a successful startup cluster. Living costs rise in London and San Francisco and elsewhere, potentially keeping out not only new startup founders but also other citizens hoping to participate in economic growth. Most ecosystems are far from this point, and it remains a matter of some urgency for more and more places to invest in and foster their own startup ecosystems.

Global connectedness reflects our vast social networks. How important is the physical infrastructure underlying that connectedness?

Penzel: That physical infrastructure is clearly critical to the networks we all rely on today. It facilitates relationships, which are the true key to exchanging ideas and spreading innovations. The best way to send an idea, said Robert Oppenheimer, is to wrap it up in a person. Global Connectedness allows entrepreneurs and investors and others to plug into the global fabric of knowledge on things like business model generation and scaling experience.

“China’s startup ecosystem is growing rapidly and may soon overtake other leading nations.”

But connectedness is about more than a LinkedIn connection or the ability to call people in distant lands. What we are trying to capture in our metric of Global Connectedness is significant relationships between individuals — founders, investors, engineers, ecosystem supporters — that lead to the meaningful exchange of know-how and the sharing of lessons across ecosystems. What we have found is that this Global Connectedness is a key predictor of the ability of startups to reach global markets and the ability of entrepreneurs in one ecosystem to import knowledge from the frontiers of innovation.

We have observed a number of multinationals trying to foster their own startup ecosystems. Describe how these corporate incubators play a role in the ecosystems you study.

Penzel: Even though they are sometimes seen as antithetical to startups, large corporations play a crucial role in healthy startup ecosystems. They are a key source of entrepreneurs and employees and ideas and global best practices in management. Many corporations have likewise sought to avoid the “innovator’s dilemma” by getting closer to startups and fostering spinoffs and “spin-ins” through accelerators and incubators. From the perspective of generating greater Startup Output and more Startup Experience in an ecosystem, this is not a bad thing. Undoubtedly, in some of the ecosystems we assess, these corporate accelerators are playing a significant role. What nobody really knows, however, is the effectiveness of these programs for creating sustainable and growing startups. That’s one of the next areas we want to get into in our assessment and analysis.