Rockin’ in the Rockies 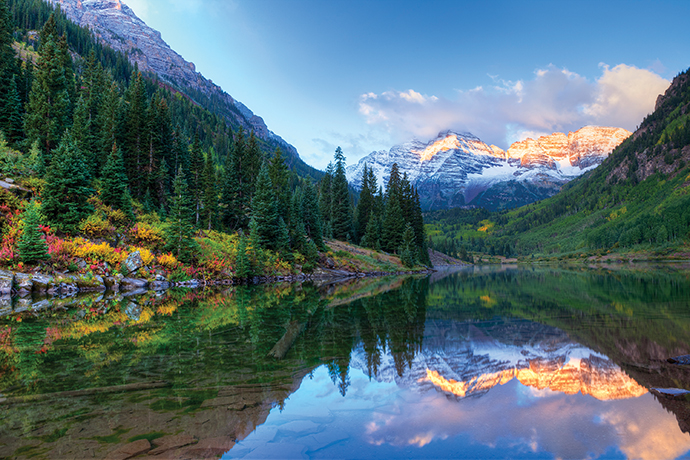 Investments in food production, transportation and energy top the lists of recent economic drivers in the Rocky Mountain region, comprising Colorado, Utah, Idaho, Montana and Wyoming. Altogether, the No. 1 ongoing or newly completed projects in each of the five states represent capital investments totaling $520 million.

Denver-based Standard Alcohol, Inc. is moving forward with plans to build a $76-million plant in Cheyenne to turn natural gas and carbon dioxide into mixed alcohols for use as a fuel additive. The project is expected to create 32 jobs paying $2.9 million in total annual wages, and generate $400,000 per year in direct state and local tax benefits.

Michael Pardun, Standard’s CEO, tells Site Selection the company saw an opening in the regional marketplace and seized it.

“We identified an opportunity to serve underserved fuel additive markets,” says Pardun. “In the Rocky Mountain west, the majority of additives that are put into gasoline are imported from the Gulf Coast. And because of that there’s a significant uptick in the cost of goods to refineries, and that’s almost always passed on to the consumers. We saw a huge opportunity to produce our gasoline additive in this region for consumption in this region.

“We were explicitly looking for opportunities in the Rocky Mountain region, and we found the business climate in Wyoming to be extraordinarily attractive.”

Standard, says Pardun, has leased 20 acres (8 hectares) in Cheyenne’s Swan Ranch Industrial Park with direct access to natural gas pipelines, and is in the final stages of engineering and design work, with plans to break ground next spring. Construction of the facility is expected to take six to nine months.

Montana Eggs, an incorporated cooperative of 35 Hutterite colonies across Montana, has broken ground on a $7-million egg processing plant in Great Falls to help support a new contract to supply Costco stores in Montana and eastern Washington. The facility is expected to employ 20 people and produce annual revenues of $13 million.

Hutterites, of Germanic-Christian faith, settled in Montana and southern Alberta in the early 1900s. Nearly all the eggs produced for commercial sale in Montana come from the state’s Hutterite colonies, which banded together a decade ago to form Montana Egg, LLC. The new processing plant, to be up and running by the end of the year, will be the corporation’s second in Great Falls, and is expected to increase production five-fold, according to Brett Doney, president and CEO of the Great Falls Development Authority.

“When they opened the first plant,” Doney tells Site Selection, “Costco sent a senior vice president to the ribbon cutting who said, ‘If you can perform, we’ll give you all the business you can handle,’ and that’s what’s happened.

“The impact on our region,” says Doney, “is three-fold because we get the local manufacturing jobs and we get the tax base from the facility, plus there are dozens of facilities being built to expand egg-laying production on all the colonies. So, really,” says Doney, “it’s a project with 35 sites.”

UPS has broken ground on a $207-million regional operations hub in Salt Lake City that it says will be among the largest processing facilities in its global package network. Initial employment at the plant is estimated at 195 jobs.

“Utah is the crossroads to serving the Western US,” said Mark Wallace, UPS senior vice president of global engineering and sustainability, “and the state-of-the-art automation technology being deployed will improve performance, increase capacity and create additional flexibility to handle the non-stop growth of e-commerce in the region.”

The operations facility is being built on nearly 160 acres (65 hectares) with Interstate and airport access. UPS says that, when completed in 2018, the 840,000-sq.-ft. (78,000-sq.-m.) facility will process 69,000 packages per hour. Two automated processing areas will focus on smaller-sized packages, typical of today’s e-commerce purchases.

UPS currently employs more than 3,500 workers across Utah in package, heavy freight and contract logistics operations. The company’s Utah footprint includes 24 operating facilities. Ken Cherry, president of the UPS Desert Mountain district, says of the new hub, “UPS customers will benefit from new efficiencies and capacity, as we sustain and grow jobs in the area for a positive economic impact.”

Ohio-based J.M. Smucker announced plans to build a $200-million food production plant in Longmont, north of Denver, to boost production of its popular Uncrustables frozen peanut-butter-and-jelly sandwiches. The company reportedly paid $4.65 million in May for a site in Concepts Industrial Park in Weld County to build the 200,000-sq.-ft. (18,500-sq.-m.) plant. Smucker is already considering a possible phase-two expansion of the complex, contingent on sales of Uncrustables, a brand that currently earns about $200 million in revenue per year.

In a statement, Mark Smucker, president and CEO, said the company “greatly appreciates” support for the project from Longmont, Weld County and the State of Colorado. Among the incentives Smucker received, the City of Longmont is providing $6.5 million in tax and fee rebates. Smucker says the plant could eventually employ up to 500 people at salaries above the average Weld County wage.

In a statement, Colorado Governor John Hickenlooper said the move by Smucker “helps demonstrate that Colorado, with its innovative ecosystem, skilled workforce and exceptional business climate, is a state where industry can grow and thrive.”

Smucker’s Uncrustables are currently made exclusively at the company’s plant in Scottsville, Kentucky, which will remain open with the addition of the new Longmont facility.

Chobani, which has quickly become the No.-1-selling yogurt brand in the country, is making $100 million worth of investments in its Twin Falls, Idaho, production facility, which it touts as the world’s largest yogurt plant. The sizable expansion includes the installation of three production lines for Chobani Flip products, the company’s fast-growing yogurt platform.

“Building the largest yogurt manufacturing plant in the world and expanding it three years later is really a proud moment for us and an example of how right it was to pick Idaho as our second home,” said Hamdi Ulukaya, Chobani’s chairman and CEO, in March 2016.

“Building the largest yogurt manufacturing plant in the world and expanding it three years later is really a proud moment for us and an example of how right it was to pick Idaho as our second home.”

Chobani has invested more than $450 million in the Twin Falls plant, which began production in 2014. The company purchased its original flagship plant from Kraft Foods in New Berlin, New York, in 2005. Chobani said the Twin Falls expansion will also include a global research and development facility and office expansions.

“Our success in Idaho and New York,” said Ulukaya, “is an example of the power and strength of US manufacturing. To food companies like ours, it’s a signal of the momentum of the food movement that we started: better food for more people.”