A new and improved index highlights the leading countries, states and metro areas in sustainability. 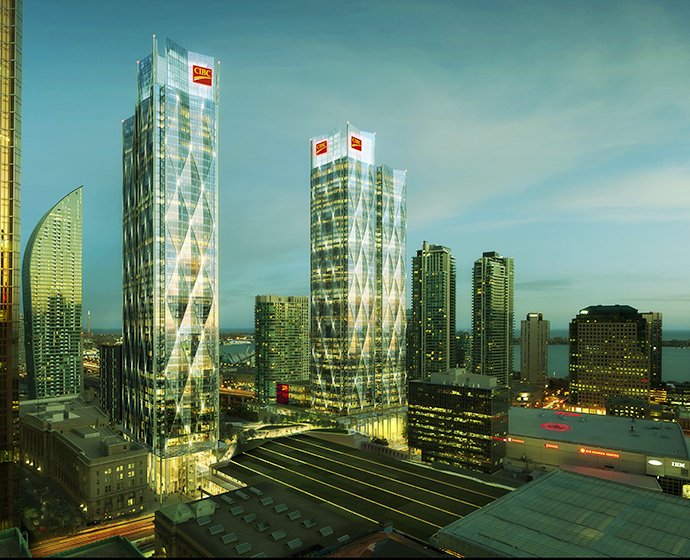 The new world of data analytics functions like a pointillist painting: The more dots of information you can summon, the clearer the picture becomes. Such is the case with Site Selection’s 2017 Sustainability Rankings, driven by a unique index of factors that grows more detailed and more comprehensive with each passing year.

After playing second fiddle to Germany last year, Canada this year is No. 1, followed by the United States, Germany, the United Kingdom and Denmark.

We aren’t the only ones recognizing Canada’s clean leadership: The nation jumped from seventh place three years ago to fourth place behind Denmark, Finland and Sweden in the 2017 Global Cleantech Innovation Index from Cleantech Group and the World Wildlife Fund.

In a June interview, Canadian Ambassador to the United States David MacNaughton, asked how Canada squares the pursuit of renewable energy and clean-tech with its equally planet-leading leadership in fossil fuels and mining, cited his ultimate boss, Prime Minister Justin Trudeau.

“I think the Prime Minister’s position — which he’s articulated in many places, including Houston, Texas — is we don’t see the environment and the economy as things in conflict with each other. We think you can and must have a sustainable economy.” At the same time, “fossil fuels are going to be part of our lives for some time to come.”

"While the pullout of the U.S. government from the Paris Agreement will be felt across the world, the surge of climate commitments and actions by the private sector, NGOs, governments, cities and states will only serve to strengthen the green building movement and keep pushing us forward ... U.S. companies, including many USGBC members, are already working to address business risks from climate change and to adapt their businesses to domestic and global opportunities created around climate-mitigation needs."
— Mahesh Ramanujam, President & CEO, U.S. Green Building Council, June 1, 2017

MacNaughton says the “quite remarkable” emissions reductions over the past decade — brought on largely by technology allowing more natural gas usage — have enabled Canada to put a tax on carbon, while at the same time finding ways to get product to market. “Those who set up some sort of a battle between the environment and the economy, I think it’s a false comparison,” he says. “The more we invest in transforming our economy in a sustainable way, you’re going to create more jobs, not fewer.” He also recognizes who’s creating those jobs. “Obviously it matters what the federal government does, but a lot happens at the state level and within corporations themselves. They are setting pretty aggressive goals.”

In 2016, Site Selection reprised its coverage of corporate and regional sustainability to include global corporate social responsibility measures from CSRHub, which tracks green corporate behavior and policies globally. That means areas get credit for hosting HQs of high-CSR companies, and areas around the world get credit for hosting those companies’ projects. For the US rankings this year, we’ve raised the ante even further, with granular data about 18,238 commercial sites representing 3.67 billion sq. ft. (341 million sq. m.) fed into our index from sustainability reporting software pioneer Measurabl, which produced Measurabl Scores for states and metro areas.

A collaborative effort announced in April between the Urban Land Institute Greenprint Center for Building Performance (Greenprint) and Measurabl is improving sustainability and building performance tracking for more than 20,000 commercial buildings around the globe. Greenprint is a global consortium of leading real estate owners, investors, and strategic partners. In the past six years, Greenprint members have decreased energy consumption by 13.7 percent, greenhouse gas emissions by 16.5 percent, and water use by 10.9 percent, saving $42 million in utility costs in the latest year alone.

Matt Ellis, founder and CEO of Measurabl, points to corporate leaders such as Prologis as being aggressive when it comes to sustainability and location choice. As for regions, a growing group of metro areas (now at 17) are joining the 2030 Districts movement, whose collective portfolio now totals 331 million sq. ft. (30.7 million sq. m.) of commercial building space. Their goal? Reduce area vehicle greenhouse gas emissions, water usage and energy usage by 50 percent by 2030. Four of those 17 — Seattle, Cleveland, Pittsburgh and Grand Rapids — are among this year’s Top 10 Most Sustainable Metros.

In the US, helped especially by corporate project activity in sectors where green practices have the most applicability and potential, North Carolina, Illinois and Ohio top the rankings, followed by Wisconsin and Michigan.

John Portman of Atlanta-based John Portman & Associates in May helped cut the ribbon at the company’s newest LEED-certified project at 615 South College in the uptown district of Charlotte, where WeWork, Regions Bank and BDO are among the early occupants. In addition to the usual green building amenities, the site is directly adjacent to Stonewall Station, downtown’s first light rail stop. The Charlotte City Council recently passed a revised sustainable facilities policy for its own buildings that calls for achieving Energy Star ratings and LEED certification on all new and renovated buildings, and requires an electric vehicle charging station in each newly constructed facility. The policy also calls for adaptive reuse alternatives to be prioritized before new construction. 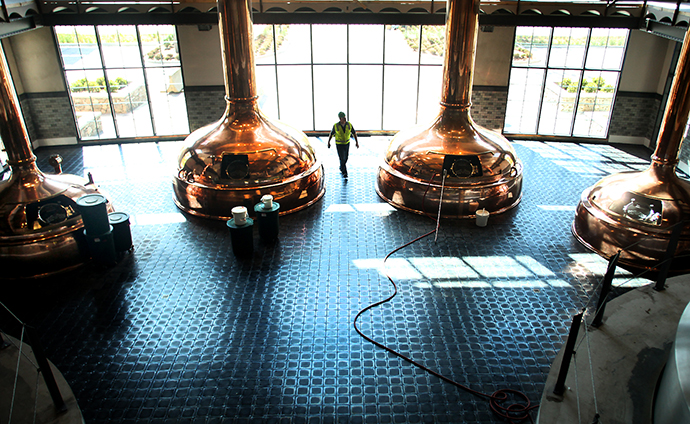 In June 2016, Sierra Nevada Brewing Co.'s facility in Mills River, North Carolina (part of Greater Asheville), was the first production brewery in the US to be LEED-certified at the platinum level.

Pittsburgh-based F.N.B. Corp., parent company of First National Bank, in May unveiled plans to occupy a new 22-story office building and residential high-rise to be named FNB Tower. The tower will be developed by Dominion Realty Partners, which aims to achieve its second LEED-Platinum in Raleigh — the first was right next door at the Charter Square office building, which earned LEED-Platinum for its core and shell in 2016.

The state capital of Raleigh not only boasts clean, green corporate space, but the database tracking all of those policies nationally. The Database of State Incentives for Renewables & Efficiency (DSIRE) is operated by the N.C. Clean Energy Technology Center at North Carolina State University, and is funded by the U.S. Department of Energy. According to its tallies, North Carolina is the far-and-away leader in the Southeast with 110 sustainability-supporting policies, compared to neighboring state numbers that seem like speed limits: 70 in South Carolina, 60 in Virginia and 55 in Tennessee.

Among US metro areas, Cincinnati is No. 1, followed by last year’s No. 1 Boston, Seattle, Cleveland and Chicago.

Procter & Gamble is synonymous with its hometown, and continues to pursue its own aggressive sustainability agenda. Among the recent steps it’s taken are investments in recycling and beneficial reuse that will eliminate all manufacturing waste from its global network of more than 100 production sites by 2020.

The $120-million University of Cincinnati Carl H. Lindner College of Business facility (pictured above), designed by Henning Larsen, is currently under construction and set to open in the fall of 2019 with the goal of LEED-Gold certification. UC, known for its "starchitect" campus, has constructed six LEED-certified buildings since 2004, including the award-winning Morgans and Scioto student residence halls (pictured below). 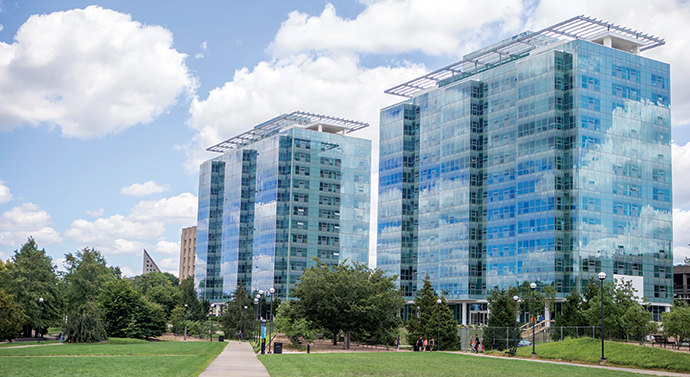 Institutional sustainability leaders in Cincinnati include its namesake university. UC, known for its “starchitect” campus, has constructed six LEED-certified buildings since 2004, including the award-winning Morgans and Scioto student residence halls. The $120-million University of Cincinnati Carl H. Lindner College of Business facility, designed by Henning Larsen, is currently under construction and set to open in the fall of 2019 with the goal of LEED-Gold certification.