Many Names, One Goal for Neighborhoods On the Remake 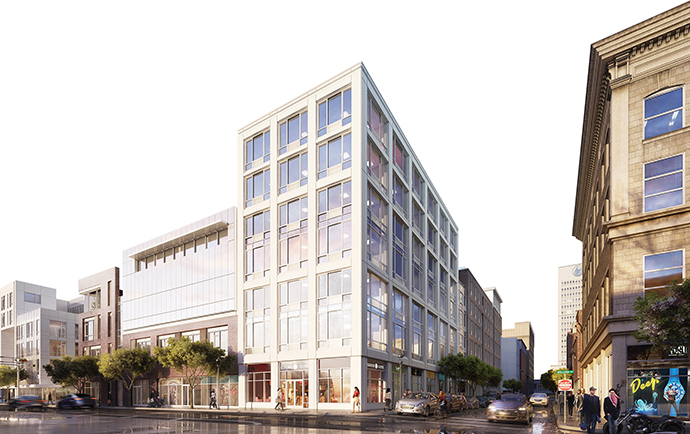 Teachers Village is located within the boundaries of a special improvement district operated by the Newark Downtown District.
Image courtesy of RBH and KSS Architects
by ADAM BRUNS

Urban improvement districts exist to help neighborhoods redevelop and, via that fresh coat of paint, reclaim their value. They can have different names, sometimes leading with words such as “community” or “business,” but whether it’s a UID, CID or BID, improvement is always the over-arching goal. Another name is Special Assessment District, which despite its unfortunate acronym can mean many happy returns for residents and businesses alike.

Such districts usually are backed by contributions from area businesses and/or tax-exempt bonds, a key source of community development finance. The Council of Development Finance Agencies (CDFA) has long advocated for communities doing just that, and in its 2017 policy agenda release early this year sounded the call again:

“Tax-exempt bonds are a federally authorized development finance tool that helps stimulate public and private investment in a wide variety of economic sectors,” said the CDFA. “Three-quarters of the total United States investment in infrastructure is accomplished with tax-exempt bonds, which are issued by over 50,000 state and local governments and authorities, representing a $3-trillion industry. Tax-exempt bonds have served as the primary financing mechanism for public infrastructure and have been exempt from federal tax — just as federal debt is exempt from state and local tax — for more than a century. Attempts to curb or repeal the municipal exemption would dramatically increase the cost of infrastructure projects to the detriment of the public who will have to bear those increases, and undermine the efforts of America’s state and local governments to move their communities forward.”

As part of comprehensive tax reform under consideration by Congress and the new presidential administration, CDFA has two recommendations:

Urban improvement districts often are central to the success stories that characterize winners of the CDFA Excellence in Development Finance Awards, most recently announced in October 2016. Among the winners was the Suitland-Naylor Road Development District in the DC-area community of Prince George’s County, Maryland. “The Revenue Authority of Prince George’s County closed a $28-million bond transaction using tax increment financing to raise the funds necessary to purchase land for purposes of kick-starting development in an 1,800-acre [728-hectare] Development District” containing two Metrorail stops and the Suitland Federal Center, which employs some 8,000 employees.

The community targeting educational professionals is located within the boundaries of a special improvement district operated by the Newark Downtown District (NDD). The NDD’s services include improving and maintaining streetscape amenities and horticultural plantings, a “clean and green” program, installation and maintenance of a pedestrian wayfinding signage system, security services, an ambassadors program and hosting of a variety of programs and events such as a seasonal farmers market and a downtown walkers club.

Within walking distance of five universities, Teachers Village was developed by RBH Group and its six buildings are being designed by KSS Architects. The development seeks to connect the city’s downtown arts district to the University Heights district, and includes more than 200 residential units marketed to teachers, three new charter schools and enough retail space for 20 businesses. According to RBH, the development has secured over 20 separate board decisions to finance and entitle the project, and received one of the largest residential Urban Transit Hub Tax Credit allocations in the State of New Jersey.

“Outreach to the universities as well as to leading corporate and institutional entities such as Audible.com, Panasonic, Prudential, PSE&G, Verizon, and area science and business incubators will enable Teachers Village to generate ideas and social capital within the community,” say the developers, “and most importantly, to inspire its students and teachers to learn and earn the skills necessary for the 21st century.” 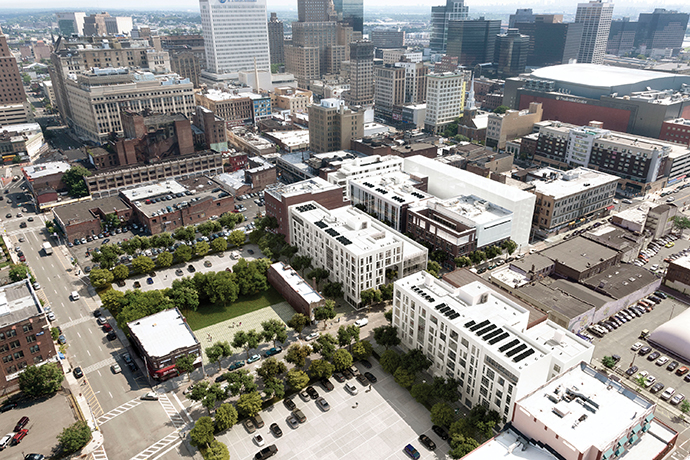 Image of Teachers Village courtesy of RBH and KSS Architect 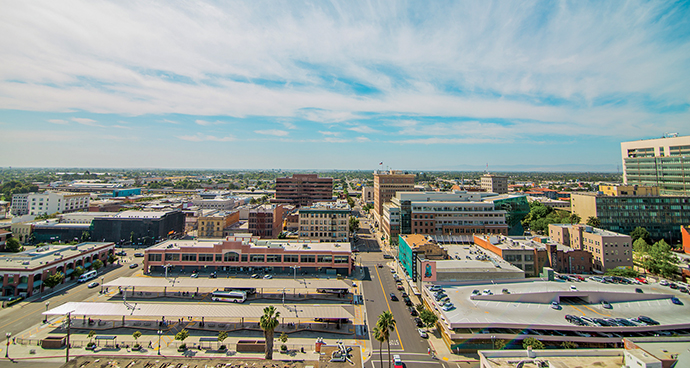 A glimpse at the City of Stockton’s downtown urban core.

For several years, the port city of Stockton has been overlooked as a sleepy commuter town nestled within California’s abundant farmland. But that reputation is quickly vanishing as the city of 320,000 is undergoing a renaissance, particularly in its core urban neighborhoods. And investors are taking notice.

Several strategic investments by the city over the years have provided the building blocks for a whole sale transformation of Stockton’s urban core. With the framework in place, private development is soaring and the city is now experiencing an unprecedented run of economic activity. All of these factors make Stockton an unlikely but intriguing destination for developers searching for the next hot infill market.

Thanks in large part to a number of public investments, Stockton’s core enjoys the amenities of a true metropolitan region. Chief among them are the brand new minor league ballpark and arena that flank the north side of the city’s waterfront. Together they are home to the Ports, a minor-league affiliate of the Oakland Athletics, and the Heat, a professional hockey team.

Further down on the waterfront promenade, the city created Weber Point, a waterfront park home to dozens of festivals and events throughout the year such as outdoor movies and open air concerts. The city has also invested in the renovation of the historic Bob Hope Theatre, a new marina, and an 18 screen Cineplex and shopping center, solidifying Downtown Stockton as the entertainment center of the region.

With these larger institutional pieces in place, private development has accelerated at a pace not seen in decades. In the past two years, several formerly underutilized buildings have been acquired and renovated, and now boast a number of new restaurants, bars, and startups. For example, the downtown community welcomed its first microbrewery in March — Channel Brewing — located in the 100-year-old Belding Building, which is also home to a new farm-to-fork restaurant as well as a 15,000-square-foot co-working space. Many similar projects are planned and underway.

The City of Stockton has several prominent locations ripe for new construction, both in the downtown core and along its scenic waterway. And the city also offers a number of incentive programs designed to reduce risk and streamline development. With all of these new exciting changes, it’s time to reconsider Stockton not as a sleepy town, but as California’s next metropolitan hub.

For more information about Economic Development in the City of Stockton, please call 209-937-8539 or email, economic.development@stocktonca.gov. 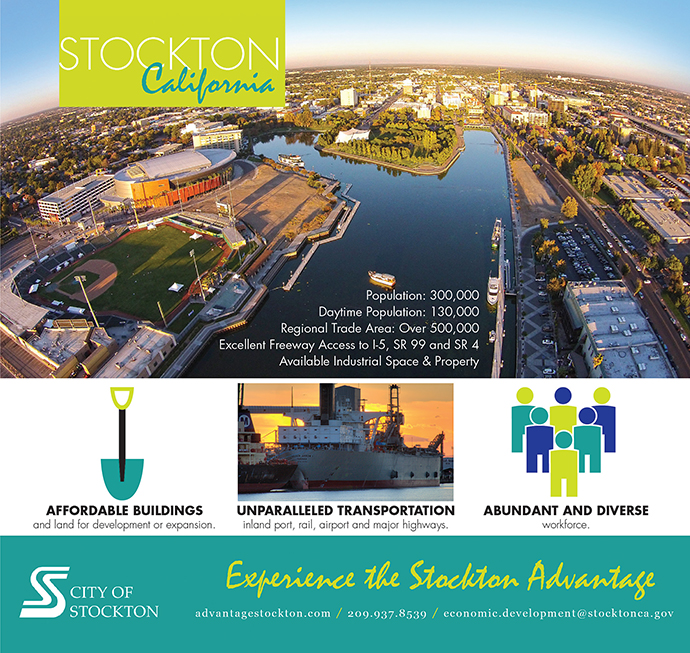