Will a farm equipment manufacturer have to recalibrate its property portfolio in 2017? 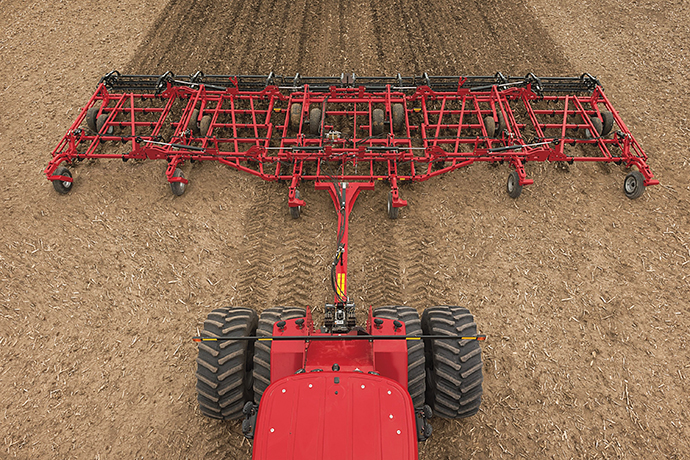 Bret Lieberman is vice president, North America, for farm equipment manufacturer New Holland, a brand of CNH Industrial. In his nearly two years on the job, Lieberman has helped guide New Holland through a slump in agricultural commodities that has rebounded on farm equipment sales.

From New Holland’s headquarters in New Holland, Pennsylvania, Lieberman spoke with Site Selection about the 120-year-old company, the farm recession, the coming advent of driverless tractors and global trade rumblings. 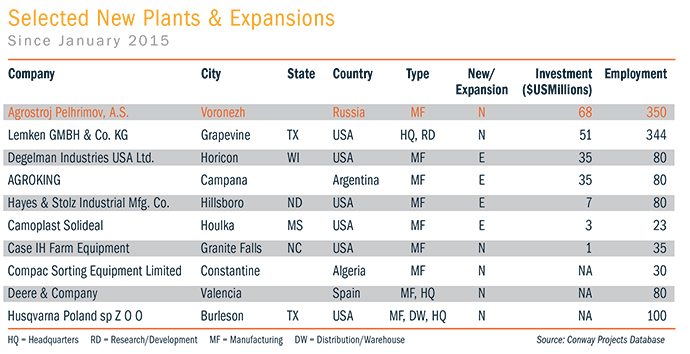 Site Selection: Farm machinery sales over the past few years have slumped due to the global farm recession. Describe the scope of the recession’s impact. Do you believe the worst is over?

Lieberman: When you look at 2016 compared to 2015, the smaller tractors were actually up. Then as we got into dairy and livestock we started to see a small pullback from where we were in 2015. And then in the cash crop segment, depending on whether you’re talking 140-plus-horsepower tractors, four-wheel drives or combines, it was down about 20 or 30 percent in the North American industry.

Is the slump over? We expect that 2017 is going to continue to be a challenging year. We evaluate the industry trends on a regular basis, and we think there could be some optimism as we get into the latter part of this year.

Lieberman: We are not building anything in the US. For products that are coming to market with the New Holland brand identification, we don’t have any new construction underway.

SS: How does a company such as New Holland remain competitive and innovative in a climate as challenging as the one you are facing now?

Lieberman: We continue to do innovative things with our product. When I look at our hay products and what we do with IntelliCruise baling as well as IntelliBale baling, which are in large square balers and round balers, respectively, those are innovative features we bring to the marketplace.

“It’s more about the market than whether we’d like to put a flag in the ground.”

Back in August we unveiled the autonomous tractor, New Holland Drive, at the Farm Progress show. So those innovations are really class-leading for the industry, and it’s always been an emphasis and a focus of the New Holland brand to make sure we are being innovative with our customers to make sure that as their needs change in their local markets, that we’re ready to be able to respond to them and bring great tools for the right job.

SS: Do you know where New Holland Drive will be built and when we will see it on the market?

Lieberman: It is a prototype, so we’re showing that we have the technology. To have prototype technology and manufacturing technology, it requires a considerable amount of testing, so there’s no date for the release of an autonomous tractor. We’re working toward all the regulations that would come with that as well as fine-tuning all the different applications.

SS: Will autonomous farm equipment be affordable to family farmers as well as agribusinesses?

Lieberman: As with anything, the cost of the technology will come down. What we showed at Farm Progress was a cab tractor with an adaptation of the tools that are required for the autonomy. We had the radar as well as GPS tools on a cab tractor. When you look at what happens if you remove the cab of the tractor and the infrastructure that’s associated with that, there would be savings. So I think it’ll be an evolution. In the beginning as you get to your first adopters there will probably be a considerable price premium to be able to get that.

SS: In terms of siting a production facility, is it more important be close to your materials or to your markets?

SS: Other than less expensive labor and access to markets, what benefits can a company like New Holland derive strictly by planting your flag in another country?

Lieberman: Our key driver is not about where we want to put a flag in the ground. It’s more about the markets we serve and how we determine where we should be producing. We could use an example of an economy tractor. In some of the developing countries, that’s the predominant tractor that’s used in those local markets, whereas in a more advanced agricultural setting like we have here in the US, the economy tractor is not the key driver. So it’s more about the market than whether we’d like to put a flag in the ground.

SS: Are there markets you find to be particularly difficult to enter either due to politics or regulations?

Lieberman: We are a brand that participates in 170 countries around the world, so we understand that what it takes to participate in local markets will vary from country to country. We have the corporate structure to be able to make sure that we are participating in a manner in which we expect that we can compete with our product, and then basically falling in line with all those local regulations.

SS: What about the rumblings from Washington? Do you think there will be pressure to find places to build in the United States?

Lieberman: It’s too early to understand what that may look like. Certainly the press today doesn’t have to look for material. There’s plenty of material coming out of Washington which is driving a lot of speculation about what could happen, and not just in the manufacturing industry. We are aware of the discussion, obviously, so we are watching it very closely. We understand what our footprint looks like today. We understand the capability of our footprint, and I think that if we get to the point where we have to make an adjustment, we know that we’re a national company that has a long history of being a global manufacturer. We have relocated products from continent to continent in our history, and if we had to do something like that, we would be prepared to be able to respond to whatever the regulatory climate looks like.

SS: Do you fear a trade war?

Lieberman: I don’t know that we get much out of worrying. Is a trade war possible? There is 99 percent speculation and one percent fact. We hear it. We watch it. We are monitoring very closely. We want to be prepared. But at the same time, we’re not here to panic. 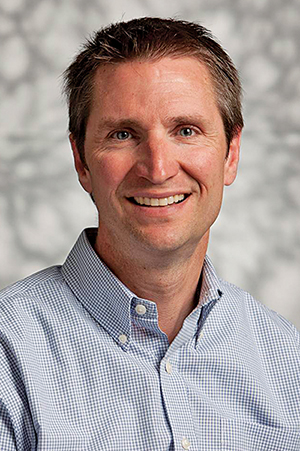 “We have relocated products from continent to continent in our history, and if we had to do something like that, we would be prepared to respond to whatever the regulatory climate looks like.”
— Bret Lieberman, Vice President, North America, New Holland

New Holland, N.V. is a brand of Case New Holland, which employs 64,931 people worldwide. New Holland operates 30 manufacturing plants in 15 countries on four continents, as well as 13 engineering centers around the world. New Holland calls itself the world leader in specialty farm equipment, including tractors and grape harvesters.