The Mississippi backbone is America’s past and future.

As we approach the 102nd anniversary of the Battle of New Orleans, I am reminded of the singular impact the Mississippi River and its tributaries have had on shaping American culture and undergirding American success. Moving things around by water is less than 1/10th the cost of moving them on land. The 12,000 miles of active inland and intracoastal waterway maintained by the U.S. Corps of Engineers not only have a replacement value of more than $125 billion, but ship cargo worth more than $73 billion already. Even better, most of the waters of the Mississippi and its tributaries flow through the grain belts that produce over 90 percent of the United States’ agricultural exports. This singular factor provided the United States with the economic stimulus and financial capacity to become the global superpower.

The strategic and economic centrality of the Mississippi is as vital to America’s well-being now as when Andrew Jackson defended New Orleans from the British in 1815. As with all things, however, there’s a fly in the ointment — two, in fact.

First, America’s infrastructure across the board is old, and our maritime infrastructure is no exception. Many of our locks and dams now date back to the Second World War or before. Fixing national infrastructure is an expensive affair: Just getting America’s roads back up to their nameplate capacity — to say nothing of expansion — would run $3.6 trillion. But the best thing about water transport is that it is more or less free. For just 6 percent of the road-refurbishment cost, you could rebuild from scratch every lock on every American river.

In 1920 the United States adopted the Jones Act, which bars any vessel that is not American-built, -owned, -captained and -crewed from transporting any cargo between any two US ports. 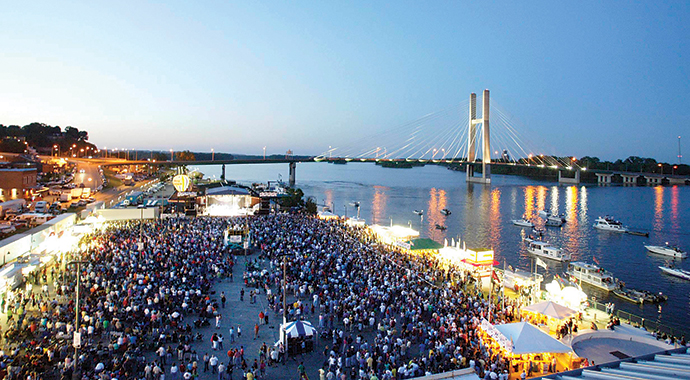 Among the tourist attractions in Burlington, Iowa, are events such as Burlington Steamboat Days and the Snake Alley Criterium, where cyclists take on the “crookedest street in the world” (including a 19-percent grade) 11 times during the 9-mile race.
Photo courtesy of Greater Burlington Partnership

The cost of American water transport roughly quadrupled. Over the decades, American supply chains shifted away from relying upon water, as shippers found it more reasonable to use road and rail. Places like Puerto Rico and Guam (yes, we own Guam) became mired in poverty. Hawaii was reduced to being a tourist-fueled dependency. Increased costs for regional supply chains helped turn the steel belt into the Rust Belt. The cities of the Greater Mississippi River — sitting on the world’s greatest natural transport system — watched their greatest economic advantage turned to ash.

But the Big Muddy and its network of related corridors are still there. The fastest, easiest, cheapest, simplest way to revitalize everything from New Orleans to Tulsa to Sioux City to St. Paul to Chicago to Pittsburgh to Louisville to Nashville to the Quad Cities to St. Louis to Memphis?

Timing is important. A crushing trade war with China is already brewed and about to be served. The European financial crisis is about to enter its second act — one that will eviscerate the near-entirety of the European banking sector. Both events will be catastrophic. Both will shatter local supply chains. Both will force manufacturers the world over to relocate capacity within the only growing, rich market in the world: the United States. The only question is where within the United States? 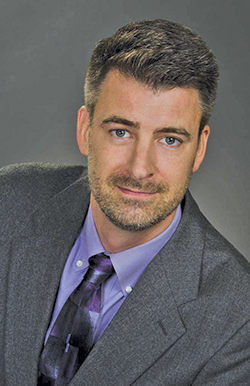 If we can change the way we regulate our waterways — if we can ditch Jones — it is hard to see any part of the country benefiting more than the river cities that powered America’s rise to greatness in the first place.

The award recognizes the per-capita leader in corporate facility project investments (both new locations and expansions) during an 18-month period from mid-2015 through 2016, as tracked by Site Selection’s proprietary Conway Projects Database. Burlington was one of four Iowa communities to make the Top 10 in this ranking, which featured six micropolitan areas. By straight tally of projects, resurgent Baton Rouge led the way, followed by Minneapolis-St. Paul, New Orleans and St. Louis.

Of the 432 projects tracked in all jurisdictions abutting the river’s banks, more than one-third had a manufacturing component, nearly 18 percent had a distribution function and more than 10 percent included a company headquarters.

Greater Burlington’s nine projects included two HQs. A new company campus from Industrial Service Corp. is going onto a property closed by PPG a few years ago, and a new mixed-use development called Burlington Crossing is unfolding in the former Flint Hills Manor neighborhood, originally built during World War II as temporary workforce housing during the construction of the nearby Iowa Army Ammunition Plant.

“The transformational nature of what they envision is amazing,” says David Toyer, director of economic development at the Greater Burlington Partnership.

Take it to the Bank

Toyer and Jason Hutcheson, the Partnership’s president and CEO, also are excited by the prospect of Governor Terry Branstad’s nomination to serve as US ambassador to China. At Branstad’s direction, a study of the ports and corridors up and down the Mississippi River is underway in order to maximize the value of the assets along its banks. In Greater Burlington those assets are growing with one of the 10 national BNSF Certified Sites, an improved inventory of buildings and sites, and early planning for another industrial park. Why? All the established parks have filled up.

Hutcheson says it’s crucial to lay the groundwork in order to maintain the community’s forward momentum. And that means looking in all directions at once.

“Often I think we look for that one thing a community has done,” he says. “But you have to do lots of things simultaneously — strengthen the floodwall, tourism, the industrial park, workforce. To be successful in a world of fierce competition, you have to do all those things, and do all of them really well.”