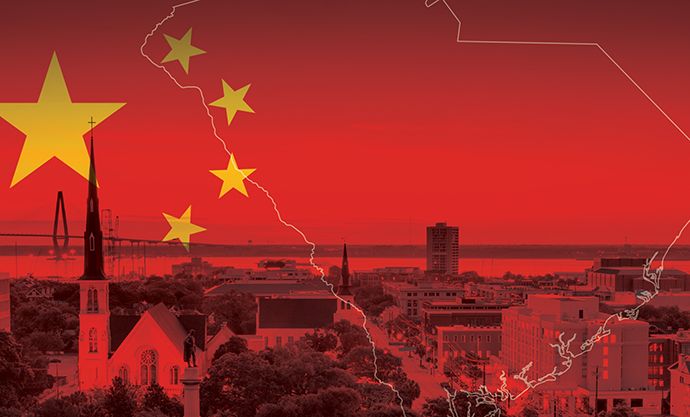 John Ling, who in 14 years in South Carolina helped secure hundreds of millions of dollars’ worth of Chinese recruitment deals, works for the Georgia Department of Economic Development now as managing director of investment, China, at an annual salary that is reportedly higher than Deal’s.

Ling is practically a legend in South Carolina. Working independently, he was in on negotiations that persuaded Haier, the Chinese manufacturer, to build a $40-million refrigerator plant in South Carolina in 1999. Haier’s plant in Camden — still there and expanded several times, most recently to the tune of $70 million in 2015 — was the first greenfield manufacturing operation built by a Chinese company on US soil, according to the Rhodium Group, an international research institute.

The Haier triumph helped land Ling the job for Chinese recruitment with the South Carolina Department of Commerce. Among several dozen deals that neared a reported value of $500 million, Ling would lure a Chinese automotive lifts producer to Manning, score a 230,000-sq.-ft. (21,368-sq.-m.) textile plant for Lancaster County, a fiber products plant for Richburg and a state-of-the art engraved cylinder plant for Spartanburg. According to Ling’s successor, 40-year old Wally Wang, South Carolina today ranks fifth among the 50 states for greenfield investments from China.

Asked if 2017 looks to be a good year, Wang pauses briefly.

“Yes,” he tells Site Selection. “Many people are worried there might be some change between the US and China. But over Christmas and New Year’s, we got three new projects potentially in the pipeline.”

China boosted annual US investments three-fold last year, according to the Rhodium Group’s 2016 year-end report. The report says China’s $45.6-billion flood of mergers, acquisitions and greenfield projects shattered its previous record set the year before. Going back five years, Chinese investment in the US has expanded by a factor of 10, with many analysts saying this is probably just the beginning of an era of Chinese expansion overseas.

The US-China Business Council, in a report prepared by Oxford Economics and released in January, says Chinese investment in the US now supports a total of 104,000 jobs and $10.8 billion in GDP.

“It’s a little of what we’ve seen in reverse,” says Michael Zielenziger, managing editor at Oxford Economics. “Chinese companies, like American firms that went into China before them, want to be closer to their markets,” especially, says Zielengizer, automotive markets, a sector where South Carolina excels.

While the United States cannot match China for inexpensive labor, US costs for land and electricity can stack up better than China’s, the US power grid is more reliable, and Chinese firms establishing beachheads in America can count on financial support from Beijing as well as incentives from the states where they land. Having a “Made in the USA” label does not hurt sales in the US, either. 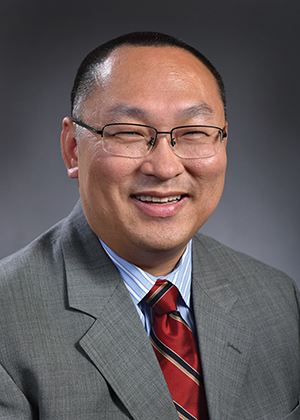 “Many people are worried there might be some change between the US and China. But over Christmas and New Year’s we got three new projects potentially in the pipeline.”

South Carolina, for its part, has become a magnet for FDI across the board. As if to underscore the point, the state recently ranked first for per-capita employment by foreign-based firms in a survey by IBM Global Business Services. In that study, China was South Carolina’s third-ranked overseas jobs provider, trailing only Germany and Sweden and just ahead of the UK, Japan and Canada. IBM Global Business Services reports that some of China’s heaviest investments in South Carolina have been in transport equipment, industrial machinery and chemicals.

According to the South Carolina Department of Commerce, Chinese companies now have at least 33 major facilities in the state, and more than 3,500 South Carolinians are employed by Chinese firms such as Haier, which is planning yet another expansion in Camden that’s expected to create 400 more jobs.

Wally Wang was born in the Chinese province of Jiangsu and moved in 2004 to the US, where he received bachelor’s and master’s degrees in business and finance from the University of South Carolina. In 2014, he spearheaded development of a yarn factory built by China’s Keer Group near Fort Mill. Less than two years later he replaced John Ling as point man to China at the Department of Commerce.

His top talking points to Chinese prospects include what he calls “South Carolina’s well-established industrial sectors and industrial infrastructure,” a ready labor force, workforce education and training programs, and a state government that will pick up the phone when they call with an issue. Easy access to the Southeast’s abundant automotive markets and the Port of Charleston are also part of Wang’s pitch.

In 2016, South Carolina inked three deals for major projects by Chinese firms. Manufacturer China Jushi, which signed an agreement in May, broke ground December 8 on a fiberglass plant in Columbia, its first in the US, with a $300-million price tag and the potential to create some 400 jobs.

“The Jushi USA project is a big move for the strategic development of China Jushi,” said CEO Zhang Yuqiang, who cited growth in the US market plus “great support” from the South Carolina government.

“Our commitment to our customers does not stop when we sign a project,” says Wang. “For us it’s not an end, it’s a new start. I’m the contact person for all Chinese companies in South Carolina. All they have to do is call.” 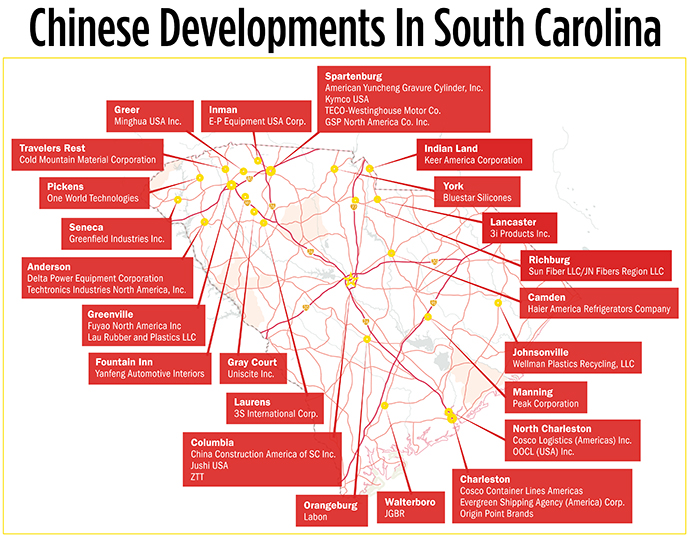