A stealthy entrepreneur wants a piece of the automotive action in Illinois. 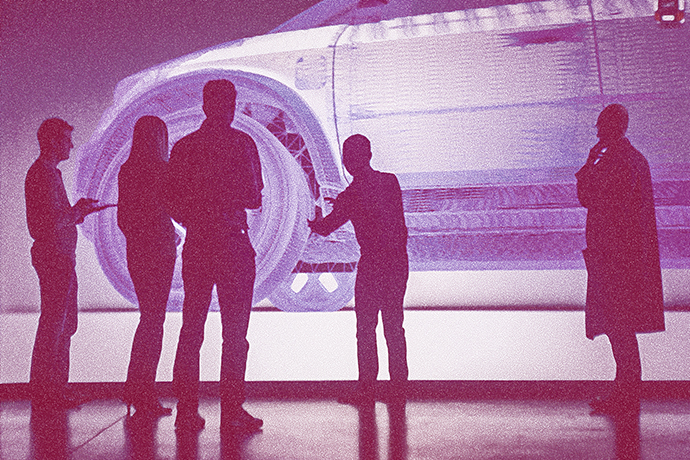 You’ve probably heard, and maybe more than once, about the ambitious entrepreneur with a fabulous dream of mass-producing electric cars.

Elon Musk is doing well for himself, indeed, but not every such dream comes true.

The dream of Chinese automaker HK certainly didn’t. HK’s plan to manufacture 300,000 hybrids a year and employ 5,000 workers in Alabama crashed and burned two years after it was announced. Fisker, the electric car maker near Newport, Delaware, which once was hailed as a catalyst for a state-wide manufacturing renaissance, went bankrupt in 2014, and its plant is up for sale. Israeli startup Better Place made huge headlines in Israel while burning a reported $1 billion on electrics before it folded, too.

Enter Robert “RJ” Scaringe. If you haven’t heard the name, his rare comments to the media and his company’s low profile suggest that’s probably by competitive design. Scaringe envisions electric cars rolling off an assembly line in Normal, Illinois (a town of 190,000), in a mere two years, with driverless models to follow. The plan is ambitious, especially considering that Scaringe’s Rivian Automotive reportedly currently employs about 100 people (Detroit, San Francisco), and has a website whose sole content is a showy video depicting lots of apparent collaboration, but nothing like a finished automobile.

The American Institute for Economic Research ranked Bloomington-Normal the 15th best college town in the US with under 250,000 residents.

Rivian, though, has something big in its favor. Something very big, in fact. In January, the investor-driven company paid $16 million to purchase the 30-year-old Mitsubishi factory in Normal that covers a whopping 2.6 million sq. ft. (241,547 sq. m.). Mitsubishi ended production at the plant in November 2015 and laid off the last of its 3,000 workers in May 2016. Had it not been bought, the plant was likely to be demolished.

Kyle Ham, CEO of the Bloomington Normal Economic Development Council, helped spearhead the deal. He says the massive manufacturing plant should give Rivian an advantage in an area that challenges, even breaks, other electric car startups.

“Some of these startup electrics, they go out and spend an intense amount of capital on building new buildings,” says Ham, CEO of the Bloomington Normal Economic Development Council. “I think Rivian’s advantage is they were able to get a bargain on a fairly new building and kind of a ready-made workforce here.”

Rivian representatives originally came to Normal with an eye less on the Mitsubishi building, which sits on 400 acres (162 hectares), than on the equipment Mitsubishi had left behind. But in Normal, Ham says, the Rivian people liked what they saw, “including lots of areas for electric vehicles. We’ve got more electric vehicle plug-ins per capita than any other community in the country. That was a deliberate approach by our community to become an EV town.” Once Rivian was sold on Normal, says Ham, putting the deal together, start to close, took only four months.

Through spokeswoman Samantha Flynn, Rivian said it spent two years looking for a site to accommodate its needs.

“Approximately 10 sites across six states were carefully analyzed before selecting the former Mitsubishi plant,” Flynn tells Site Selection in an email. “Beyond the outstanding condition and capabilities of the purchased facility, the Normal-Bloomington community has a highly skilled workforce, is in close proximity to suppliers, and features several world-class educational institutions.”

Despite Scaringe’s self-imposed anonymity and stealth, he did get noticed by the Obama White House, which honored him as one of America’s “Champions of Change.”

Says Kyle Ham: “The vision he has for the company, looking into the future of the automotive industry, is really impressive.”

At a local hearing on the proposed sale and incentives package, Normal City Manager Mark Peterson remarked that he’d wheeled around in a prototype, and that “it made me feel better that it’s a real car.”

Kyle Ham avers that “I can’t tell you much, but I have seen it. I have ridden in it, and I’d say that it’s unbelievably impressive. They’re still in stealth mode as they ramp up to begin production over the next couple of years.”

As for Rivian’s big ambitions, Ham says he, for one, is confident.

“From day one,” he says, “you’re skeptical. But once we were able to learn about their CEO, their management team and their investors, it became abundantly clear pretty quickly that Rivian’s for real.”