Tryon Technology Park in Upstate New York shows what can happen when a sense of purpose meets a parcel primed for adaptive redevelopment. 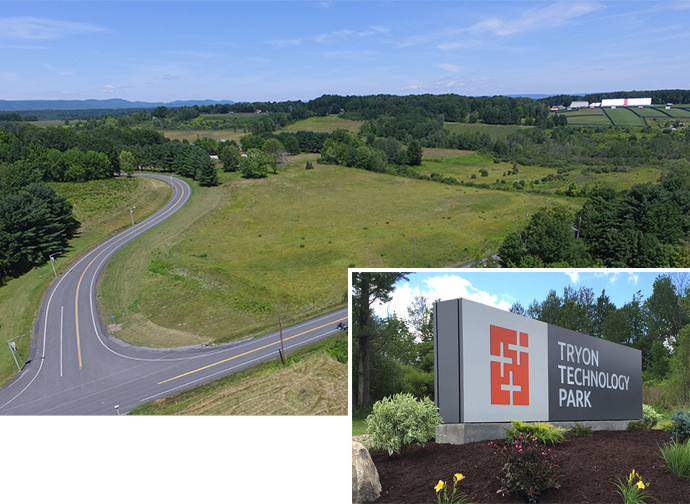 Vireo Health is among the pioneer tenants at Tryon Technology Park in Fulton County, New York, next door to the Adirondacks.
by ADAM BRUNS

Fifty years after its commissioning in Upstate New York’s Fulton County, the 515-acre Tryon Juvenile Detention Facility campus in the Town of Perth is experiencing a complete transformation into Tryon Technology Park.

It’s just the beginning, says James Mraz, an area native who’s been Fulton County’s planning director for 30 years. The facility that was once the jewel of the state juvenile detention system was closed in 2011 as part of a system makeover by the State of New York. Its creative, adaptive reuse is a project Mraz calls the jewel of his career, and is taking place in a county whose entire population is only about 50,000 people.

“Many towns and villages are bigger than us,” he says. But no place had a bigger motivation to turn things around. The closure meant the loss of 325 good jobs totaling around $15 million in payroll.

In conversations with local leaders, Mraz suggested the closure was an opportunity. After all, the campus already had fiber-optics, natural gas, sewer and water service. It also has a 75,000-sq.-ft. building available for reuse as manufacturing, office or incubator space.

The county already had a proven track record in developing three business parks, but by 2011 their available land had dwindled, thanks to projects from companies such as Fage Yogurt, Walmart and Benjamin Moore Paints. Perth also happens to be centrally located in a triangle formed by the GLOBALFOUNDRIES semiconductor manufacturing complex in Malta, the College of Nanoscale Science and Engineering in Albany and the Marcy Nano Center site in Utica.

After Mraz’s team submitted a proposal, the parcel was transferred to the Fulton County Industrial Development Authority for the price of $1. The county and IDA secured $2 million in state grant funding for a new internal access road and upgraded water and sewer lines. Then the county invested another $2 million in a new water pumping station and 300,000-gallon elevated storage tank. When globally respected site selection consultant Mike Mullis of J.M. Mullis, Inc., came for a visit, Mraz drove him by Tryon to find out what he thought.

“He said, ‘This is one of the nicest pieces of property I’ve ever seen. You’re headed in the right direction. But you can’t allow just anybody to move in there. You need to do a target industry analysis.’ ” 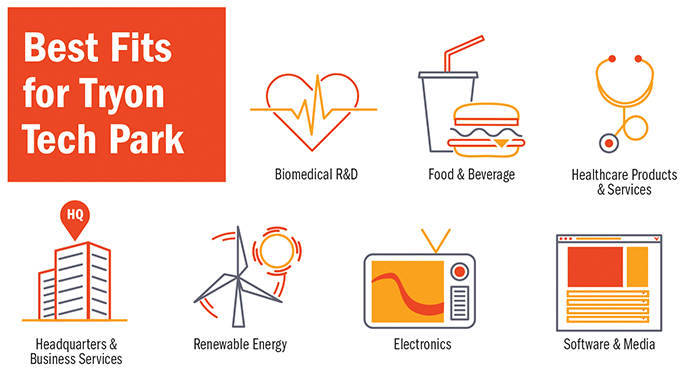 So today, the same complex that once held drug offenders, among others, has welcomed among its first corporate tenants none other than Minnesota-based medicinal marijuana company Vireo Health, which is investing $5 million and creating dozens of jobs. The firm is one of five to receive a state license to grow medical cannabis and manufacture medicines from it, following the state’s 2014 passage of the Compassionate Care Act.

Josh O’Neill, chief business development officer at Vireo, says the company’s vision is to bring medical cannabis into the mainstream through its pharmaceutical-like processes. “One of the biggest opportunities is to counter the opioid epidemic sweeping the nation,” he says, noting the primary use of medical cannabis as a pain treatment. “We’re real science, real medicine, not flag-wavers and enthusiasts, and that approach has worked well for us.”

O’Neill says labor pool and logistics are important, noting Tryon’s location near I-87, I-88 and I-90. “Tryon Technology Park in particular was unique — high-speed fiber, new water and waste lines, new gas service, substantial electrical capacity, and on a brand new county road,” he says. “All the infrastructure was in place. That was a very big deal. It was also very affordable — on a per-acre basis, it’s one of the best values in the state. And there has been tremendous support from the town and the county. When we met with the Fulton County folks, seeing their enthusiasm was a game changer. They wanted us there, and we knew they’d be good partners.”

Vireo has found smooth sailing when it comes to recruiting and retaining well-qualified employees, including a number who have relocated from other states and other parts of New York. “If I’m a manufacturer or distributor, knowing you can tap into that labor pool is really meaningful,” says O’Neill.

Employees have been as happy with the area as with the work, finding high-quality, affordable housing and good schools, not to mention recreation.

“All that has made it a good choice,” O’Neill says of the location. “If I had it all to do over again, I would.”

Jim Mraz knows companies such as Walmart have found his home region attractive because of the ability to reach northeastern markets — 55 million customers within a 4-hour drive. What makes Tryon valuable is, in a sense, the opposite: Seclusion, but with community and connectivity just around the corner.

“It’s off the road a bit,” he says. “When you enter Tryon, you initially see no other buildings, roads or vehicles. What you see instead are deer and turkeys walking around in a pristine environment. For companies that desire that setting and to be in a community where our motto is ‘a 180-degree turn from the stress of modern life,’ then we have the perfect location for you.”

This Investment Profile has been prepared under the auspices of the Fulton County Planning Department. For more information, contact Planning Director James E. Mraz at (518) 736-5660 or by email at jmraz@fultoncountyny.gov.